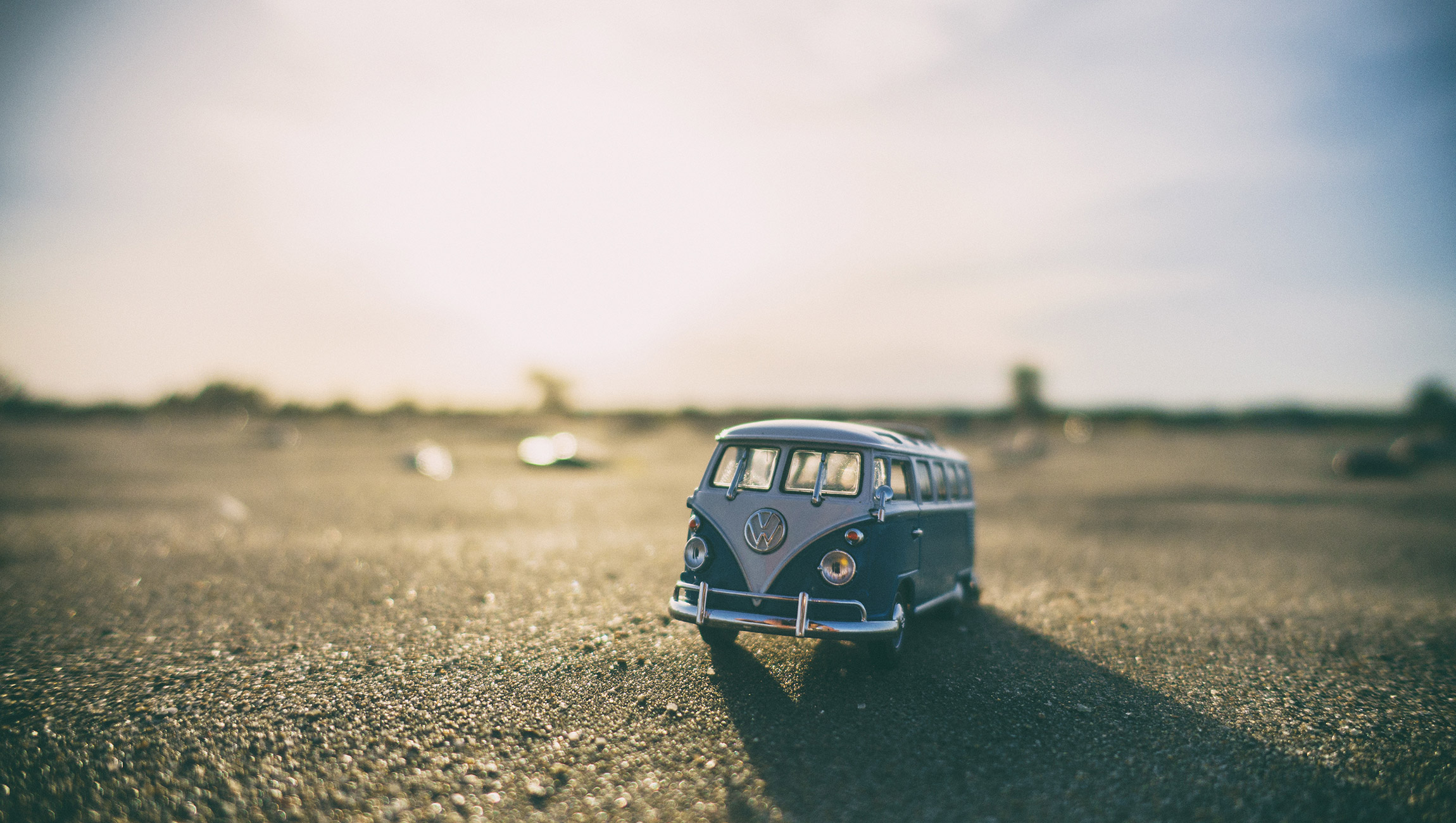 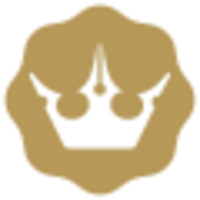 Like most things these days, marketing is both an art and a science. With the rise of modern technology, though, one could easily be fooled into thinking it was merely the latter. AI, advanced data analytics, programmatic marketplaces and other emerging digital technologies have taken over as marketers have searched for better ways to understand and target their customers.

But this “science” alone only gets us so far. In marketing, emotion plays a fundamental role. In fact, research suggests that effective marketing can elicit an emotional response from consumers that actually drives them to buy and shapes their image of brands. And when it comes to evoking emotion, those who have ever received a handwritten note or listened to a vinyl record know that traditional, analog experiences do it best.

These analog experiences or technologies are capable of stirring a number of unique emotions, including nostalgia, appreciation, satisfaction and closeness. But with the right strategies, companies can elicit these same emotions from consumers using digital technologies to improve the success of their marketing campaigns.

As they say, everything old becomes new again. In the case of analog technology, we’ve seen this in the resurgence of vinyl record players, film cameras and plenty more. This change in consumer tastes, however, represents far more than a desire to relive the memories of a bygone era; it highlights consumers’ yearning for authenticity in an era when almost half of Americans don’t think brands are honest.

Nostalgic marketing strategies ultimately work because they are “purposefully imperfect” and “make a loud statement in a world full of polished and modern messages by simply existing,” as put by digital agency Modicum, the author of this Forbes article. And considering that people actually spend more money when they’re feeling nostalgic, marketers have a major opportunity to harness the past.

But this doesn’t necessarily require the use of less flexible analog technologies. Today, there are a number of examples of digital technologies that have been able to mimic that same feeling. Consider Facebook’s “friend-iversary” videos that allow users to celebrate and share their anniversaries of friendship on the social network. Or the Instagram filters that give digital photos a vintage look and feel and was core to the service’s initial success. Or even Timehop, which built an entire business on cultivating memories and reminding people what they did one year ago today.

In this same way, modern marketers should look for opportunities to reference the past in their communications with customers. This can be done using a number of digital channels, such as email marketing campaigns, digital advertisements, video content marketing and others.

Also Read: If AI is Going to Make You a Better Marketer, You Need to Know These Four Things

Analog technology does far more than evoke a feeling of nostalgia, though; it also stirs a deep sense of appreciation. For example, with a film camera, it’s far easier to appreciate the craft of photography after developing the photos oneself. For marketers, ensuring this same type of feeling is critical. It stands to reason that an appreciative customer is more loyal and probably more likely to recommend a product or service to others, too.

Of course, the first step in fostering this sense of appreciation in customers is designing a great product. However, being appreciated really starts with being appreciative. And when it comes to showing appreciation, regardless of whatever upheavals technology may bring, a handwritten note will always remain one of the most impactful ways humans can express gratitude.

Especially today, as handwritten notes are a bit of a novelty, they can serve as an extremely powerful marketing tool. According to a recent study we at Bond conducted, a third of Americans haven’t received a handwritten note in over a year — and many would like to receive more. Moreover, 61 percent reported that receiving a handwritten note from a company would make them view that company more favorably.

But creating physical handwritten notes no longer requires putting hand to paper; digital technology now exists that automates the entire process. Using our service at Bond, for example, marketers can send handwritten thank you notes simply by typing out a message on our iPhone or web app. Our robots then actually write the message with pen on premium stationery, and then it is seamlessly addressed, sealed in an envelope, stamped and shipped to the recipient.

Apart from handwritten notes, marketers should also pay special attention to responding to customers on their social media channels to stir a similar sense of appreciation. After all, statistics show that those companies that don’t have higher customer churn rates and lower brand loyalty.

Also Read: The Role of the Datanista on the Customer Journey: How to Harness Psychic Prowess for Competitive Advantage

Digital technology also increasingly helps bring about genuine feelings of satisfaction that normally come from human or analog interactions — like eating a well-cooked meal at a four-star restaurant or receiving praise from one’s physical trainer. And since consumers must first use a product or service before even knowing whether or not they are satisfied, feedback systems play a crucial role in crafting user experience. In other words, marketers can use technology as a means of gathering feedback to help them focus on the triggers that make their customers feel satisfied in the first place.

Fortunately, when it comes to gathering feedback, technology can help close the feedback loop like never before. Before the internet, it used to take months or even years for a company to gather feedback from its customers through in-person focus groups or in-the-field research studies. Nowadays, digital communication and Agile product development sprints make gathering feedback and implementing changes almost instantaneously. And there are a number of tools to help, from simple Twitter polls to complex AI-driven tools like SentiGeek.

In an article for Marketing Insider Group, Michael Brenner explains that companies can also leverage their existing marketing automation systems to retrieve feedback from their customers. “Creating feedback loops in which customers feed data directly back into the system — data which can be used either to further develop the buyer profile or to better hone the service or provision of service that your company offers — is a way in which both elements can work in tandem,” he writes.

But companies also have the opportunity to provide feedback themselves and generate satisfaction among their users in the process. When it comes to enhancing what users may feel in terms of satisfaction, smartphone apps like Nike+ Run Club and Strava are a great example of this. They provide feedback to users to encourage and congratulate them during exercise; this is something that was once only the domain of a coach or physical trainer.

Finally, marketers should pay careful attention to the feeling of closeness that analog technology brings. Here, closeness refers to the idea that customers should not feel like digital technology is acting as a barrier between them and a company or its offerings. For example, it’s one thing to view a picture of the Mona Lisa online — it’s another to see it in person. In the Louvre, there is an unparalleled sense of closeness with the art. Marketers should strive to achieve the same.

While it might be easy to think that accomplishing a similar level of closeness is impossible, new technology is promising to change that. With virtual and augmented reality, marketers have the ability to foster this same type of feeling in their customers by making everything far more experiential. Jon Clark echoes this idea in an article for Forbes: “In this digital environment, technology like VR can help brands connect with people in a way that brings them closer together because of a shared experience,” he writes.

The technology has already proven itself successful for various companies from the New York Times to McDonald’s. The media giant used it as an incentive or reward for some of its most loyal customers; the fast food king used it as a way to entertain the under-12 demographic. As these examples show, the use cases of the technology are diverse, and companies have plenty of opportunity to implement it in their own organizations across various parts of the marketing process — including video marketing, product branding and product testing among others.

Digital technologies such as augmented and virtual reality, as well as many others, are redefining the game for modern marketers. However, they must be used well so as to avoid losing the human touch — or the “art” — involved in the process. Given that today’s consumers have shown a resurging preference for all things vintage, marketers should take note and strive to evoke the same emotions as older technologies or analog experiences — only using today’s newer technologies instead.

Edwin Philogene is the Head of Marketing for Bond, where he drives the company’s strategic customer acquisition and engagement efforts for both consumer and enterprise segments. Prior to Bond, Edwin spent years leading marketing, business development and insights for many top brands, including Tumblr, BBDO, Sirius Satellite Radio and Ericsson.