The Sunset of Third-Party Cookies: What’s on the Horizon for the Top Two Alternatives? 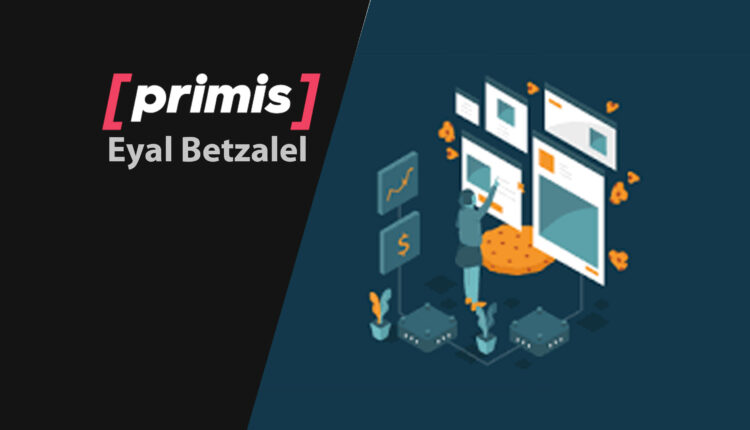 A few weeks ago, Google announced it was delaying the mandate that third-party cookies would come to an end. While the reasoning for the delay is up for debate, the fact remains that Google’s intention is to end support of third-party cookies. That said, it doesn’t necessarily mean the end of audience targeting or tracking. As of today, Google plans to begin phasing out Chrome support for third-party cookies beginning in late 2022, and it expects the phase-out to last nine months.

There have been several privacy-first initiatives proposed by members of the industry that could solve the problem. In this article, we examine the two major initiatives. Can they offer viable alternatives to audience targeting? And, who are the ones most likely to reap the benefits?

To provide a competitive alternative to third-party cookies while adhering to privacy policies, The Trade Desk and LiveRamp have collaborated., allowing user data linked to each of their identity systems to be cross-matched during the ad-bidding process. As part of the deal, The Trade Desk’s Unified ID 2.0 will be available to publishers via LiveRamp’s Authenticated Identity Infrastructure. The initiative has gained additional support from a large list of ad tech players signing on.

UID 2.0 is an email-based identifier system that allows companies to send users a hashed, encrypted email. Instead of asking users to “accept” cookies, visitors who enter a site are asked to “opt in” through providing their email addresses. Businesses could then use that data to build a database  of users’ browsing habits via user log-ins.

Despite what appears to be a fairly simple idea, we wonder how many people will actually give their consent? Asking customers to give out their email addresses is a little risky, especially if they’re just casually browsing. In fact, analysts feel that 20% is the upper range of users who can be expected to opt-in for a targeted ads experience. Now news comes out that iOS 14.5 app tracking transparency policy, launched last month, saw 96% of users already choosing to opt-out, adding fuel to the fire for the ad tech industry.

However, once users adapt to the changes, those who like seeing advertising from brands they are interested in may happily adopt this new targeting method. After all, privacy issues surrounding cookies are seen as a significant concern for consumers, (72% of people feel that most of what they do online is tracked by advertisers, technology firms, or other companies). They are likely to view using consumer choice and opt-in as far more transparent, although the reality is the results are similar; users’ details are captured and stored by companies, but users themselves feel they have more control over the process.

As for who’s going to benefit the most, the money will probably flow straight to the top. Big traffic sites and top sellers, who spend millions to build brand trust, are likely to create a Big Sellers Cartel. Meanwhile, smaller businesses could suffer due to a lack of budget and brand awareness, potentially placing them at risk of failure and constricting overall industry competition.

While there are definitely some positives to UID2.0, it is likely to offer only a low level of user consent, so advertisers cannot just rely on it for ad targeting.

In March, Google announced it won’t be implementing alternative user-level identifiers to replace third-party cookies. Instead, they are rolling out its Privacy Sandbox, including a Federated Learning of Cohorts (FLoC), and FLEDGE, the latest update. Google will conclude testing for FLoC on July 13 and plans to make improvements on FLoC and share more information on future tests later this summer. The firm also announced that testing of FLEDGE has been delayed until later this year or early next year.

FLoC, a highly criticized approach, uses artificial intelligence to group users by shared interests derived from their Chrome browsing behavior. They claim the user data will not be isolated or readily identifiable, rather through monitoring the behavior of a cohort of similar people they can create interest groups or aggregates. Publishers and advertisers then use this cohort to display targeted ads without knowing who each individual user is.

FLEDGE, originating from Turtledove – is the replacement suggestion for remarketing. It allows buyers (or DSPs) to create their own groups and add users to these groups whenever they visit the buyer’s site. Publishers can then use Chrome’s FLEDGE API to perform a client-side auction between certified buyers. But how many buyers are in each auction, what if there are thousands of groups? And, how easy is it to get certified?

Google will control these processes. In auctions, they can decide who to throttle and how to split bid opportunities. Assuming that big platforms represent more brands, this has the potential to create a market bias, giving larger platforms more bidding opportunities. Smaller buyers may struggle to compete with the bigger buyers, which could damage the open web.

Google has a huge majority stake in browser usage, with over a 67% share. In effect, by introducing this policy, it is proclaiming itself as the gatekeeper. But surely, regulators should not be company-based but governmental, without profit margins as the main KPIs. While other browsers are likely to copy the technology to stay in the game, at the moment, it appears it will shift the power to them.

However, on a positive note, Google has reported that results so far indicate that the new practices are just as effective as current targeting practices and reportedly give advertisers at least 95% of the conversions per dollar spent vs. cookies. We also should not overlook that Google’s announcement indicated they would provide full support for publisher-controlled first-party solutions.

While elements of Floc and Fledge have merit, there is the possibility that eventually, we may be faced with a big buyer’s cartel, formed out of big certified platforms that with Google creates numerous custom interest groups, pushing smaller buyers out and destroying the advertising democracy.

What can we take away?

It is still too early to say how successful these initiatives will be as alternatives to current ad targeting. What is clear, though, is that the advertising world is waiting with bated breath. It has been a long time since a policy change resulted in such a major shift in the advertising ecosystem, so the outpouring of reaction shouldn’t come as any surprise.

Unified ID 2.0 offers a viable alternative for transparent targeting and gives consumers more choice, but offers advertisers a low return. Meanwhile, Google FloC’s group identifiers and Fledge offer up new retargeting options than we have used in the past. However, there is still much work to be done with both. They are likely to end up making the big sellers and buyers even bigger, making the changes appear as more of a battle for control than a privacy concern.

While we’re optimistic that ad targeting will survive, and it’s been suggested that a combination of the two could be an answer, when it comes to these initiatives; in reality, one is effectively creating a seller’s cartel, the other is creating a buyer’s cartel.

So, we’re left with the question; Can the open web survive?

Eyal Betzalel is the Co. CEO at Primis and Co-Founder at Sellers.guide

Collibra Honored by BofA for its Leading Data Intelligence…

Study Finds AI and Machine Learning Will Be Key for DTC…

ZineOne Partners with HCL Software to Drive Conversions for…