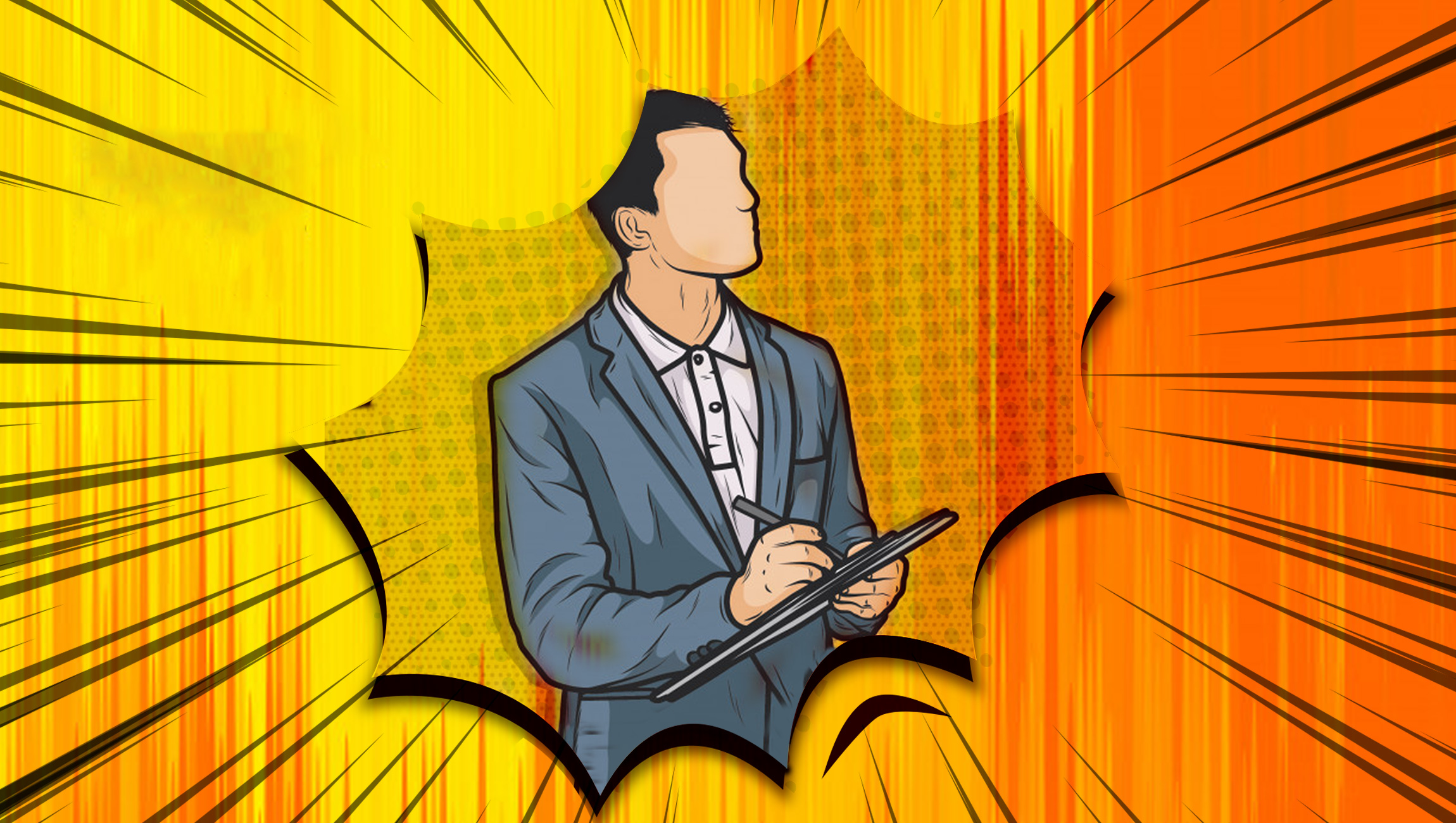 A couple of weeks back, our team analyzed how quickly a bank resolved customers’ requests across geographies. It turned out to be a hefty report with lots of numbers, some filler, dense text, business terms, a few insights, and even more filler. You see, the insights were the most critical part of the report. But, they were lost in the massive report – like a needle in a haystack. No wonder the client took an entire week to understand and respond to it. After his suggestions, we found a few more insights. But, we didn’t want him to spend so much time on the filler information this time. So, we used a comic creation tool to convey unfiltered insights. The agenda was simple – create a short comic strip without a single iota of extra information other than the insights.

And voila! The client responded to it within a few hours. That’s the power of visual communication through comics. Comics, often thought as being something solely for children, can be utilized in the business setting to simplify complex messaging while drastically increasing efficiency.

Why comics are good for business and why are they so easily remembered?

Honestly speaking, it’s been a couple of decades since I graduated from college. I hardly remember any majestic information from my encyclopedic course books. But I love Calvin & Hobbes and have read hundreds of strips since my childhood. The fact of the matter is that I remember many of the exact conversations of some of the characters from the strips. There’s something about comics that make them so easily memorable. This can be applied to the business setting.

Comics are so influential due to a few factors:

1. Comics are “catchy”. They are strongly magnetic and visually appealing. Be it a kid or an adult: Everyone gets pulled towards comics. They remember visual stories for a long time when compared to textual stories. So why not use comics to convey business information?

2. Comics make it “simpler”. Add a comic element to your story and the audience automatically takes it to be a funny story. Comics are a signal that the content is comprehensive, simple, and interesting to read.

3. Comics nudge “authors”. Practicing comic storytelling and using them in stories becomes a virtuous cycle for authors and storytellers. It tends to increase engagement in their stories, making the audience react faster.

4. Comics drive “emotions”. Pictures and visuals make stories more memorable than texts. In the fast-paced business environment, no one wants to bid time on verbose documents. Comics are a relief.

Examples of comics in the business

Many successful businesses in history have relied on comics or comic characters to promote their products. Back in 1994, Microsoft Windows was all the rage, but people hardly understood how it functioned. So, the Redmond geniuses developed a software named Microsoft Bob. It had a cartoon dog that could communicate to users and educate them, step-by-step, on how to use Windows.

A few years later, Google came into the play. They had this remarkable story about their new product, Google Chrome, which doesn’t need an introduction. They wanted everyone to know how their developers dedicatedly worked to create a minimal web browser with a fantastic UI and safe browsing. They took help from Scott McCloud, an American cartoonist and comics theorist.

For a few months, Scott conducted interviews with some of the engineers who worked on Chrome. He learned and converted what they said into comics form to help explain the inner workings of the new browser. These giants used comics to tell stories that transformed the way we use their products now. This is the power of visual communication through stories.

We’ve heard three reasons why comics are not used in business communication:

1. It doesn’t occur to people in the first place. This can be fixed by showing good examples of where comics were used.

2. It doesn’t fit the theme of the work. This can be fixed by creating comics that align with the corporate theme or using comics on the side as comic relief.

3. It is difficult to create them. This is a major bottleneck, but one that we have set out to resolve.

Comicgen – an open-source comic creation tool for your comic desires

We released Comicgen as an open-source comic creator. Our vision is to make storytelling with comics easy for everyone. (This includes non-designers, non-programmers, and non-storytellers.)

You can use it for free and create comics to tell any story you want. You can use it in your Marketing campaigns, boardroom meetings, internal communication, conveying insights to clients, making funny strips for your kids, etc. Just follow these simple steps:

1. Develop a story outline and select the panels.

4. Crop the prop/pose/emotion which you are going to highlight.

5. Arrange all these in a PowerPoint slide.

6. Select a comic font and add the supporting text.

7. Add a speech bubble on top of the text and arrange accordingly.

How can you try out comics for yourself

Stories are memorable, and comics are a great way to present stories in a catchy, yet simple way that evokes emotion. Lack of open source tools is a roadblock for comic enthusiasts. Here are other tools and resources apart from comicgen to create comic stories:

Read more: Why CMOs Should Add Visual Interactive Sales and Marketing to Their MarTech Stacks

Stepping up Domain Security in the Battle for Online Brand Protection