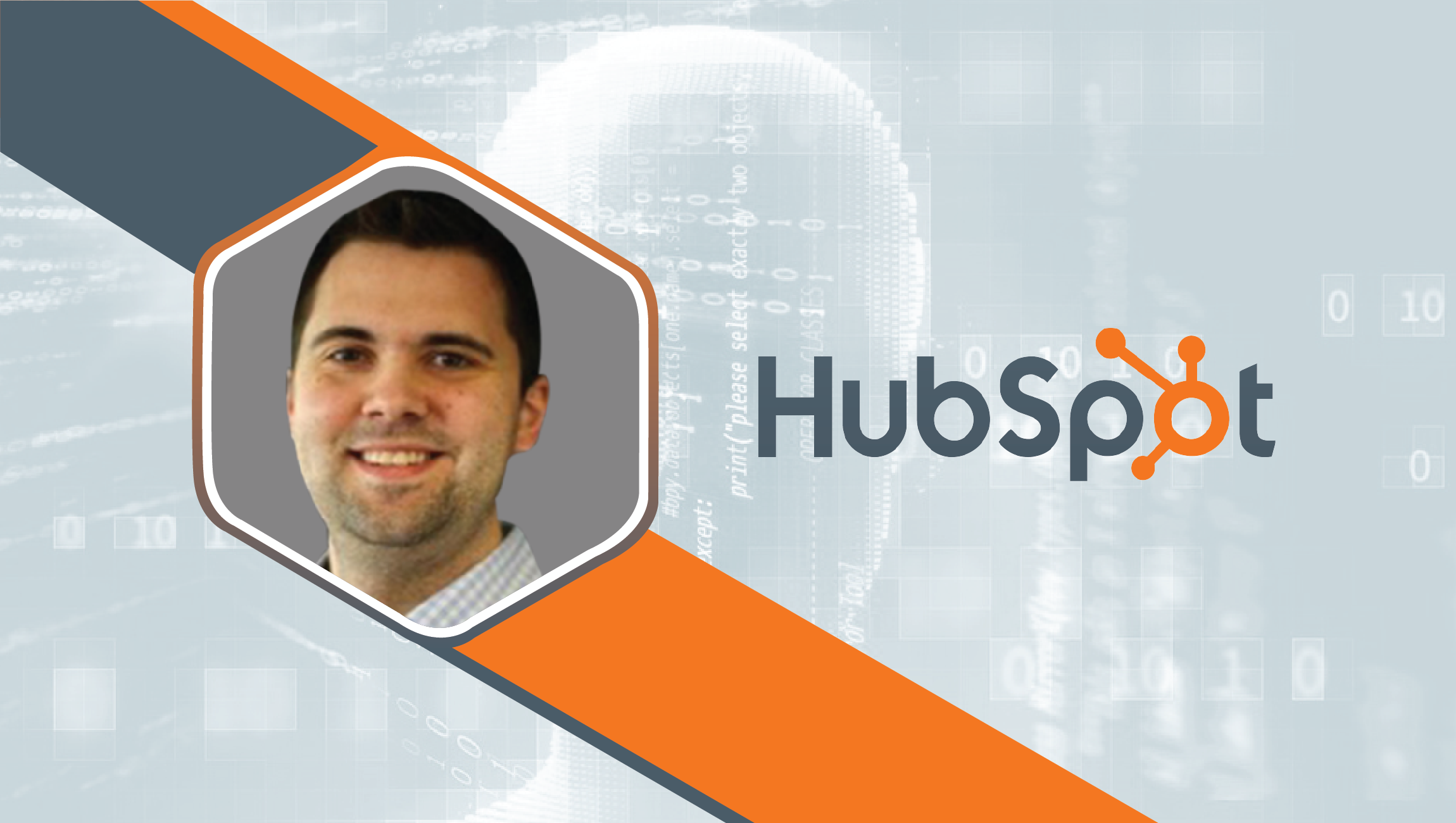 “What it really is going to mean, (hopefully) is moving a lot of that lower level work to bots which then means salespeople will be able to double down in truly bringing value and sell more. “

MTS: Tell us a little bit about your role at HubSpot and how you got here?
I run our go to market sales team at HubSpot for Asia. It includes working with the sales team to device strategies and expand our footprint through Asia. How I got there? I’ve spent the last 6 years expanding in different markets. Starting out in the US and then Europe and now in Asia.

MTS: Which are HubSpot’s top three markets in the APAC? Over the next five years, which countries would drive growth?
Currently, our larger markets include Australia, Singapore, HK, India and Japan. If I’m thinking about the next 5 years to drive growth, I’ll be looking at India, emerging SEA such as Vietnam, Indonesia, and Thailand, North Asia – on how to expand into Korea and Taiwan. There are plans for China but our focus is not quite there yet considering western marketing technologies such as Facebook and Google do not exist there.

MTS: Which of the following sectors– SMB, Mid-market or Enterprise– are you seeing the highest traction from and why?
We primarily sell to SMB and mid-markets. B2B and high consideration B2C such as healthcare and education. We’re mainly focused on those markets as our value proposition is an all-in-one inbound marketing and sales platform. SMB and mid-market companies like the idea of having it all on one platform. These companies tend to have a few people in both sales & marketing and not enough resources to purchase multiple platforms or manpower to work on integrations. Having one platform helps them to get more traction on how to scale their business. In terms of enterprise markets, they can afford to buy multiple tools and have a team behind it.

MTS: For someone in sales, what is the biggest draw of a platform like HubSpot?
Fundamentally, when we built the HubSpot sales platform, we kept one question in mind. “What do salespeople do today and what do they need to get that job done?” There are core selling functions that salespeople use such as CRM, emails, phones, calendars etc. They have a tough time identifying which prospects to call and which ones are their highest priority. We used this information and put all this in one place. So they can call, email, schedule and keep in touch with their prospects and prioritize their clients all in one platform.

MTS: What startups are you watching/keen on right now?
I’m keeping an eye on AI tools to help develop and optimize the time for salespeople. As a salesperson, there’s a bunch of admin work that takes up a lot of our time instead of us focusing on selling. I’m hoping that predictive analytics will help to ease up some of the admin work so that we can just work on selling more. Most of our time is spent trying to decide who to call – if we can get rid of that issue with AI analytics, we’ll be able to sell more effectively based on our priority leads.

MTS: What tools does your sales stack consist of in 2017?
My sales stack is a combination of HubSpot, Salesforce, and Gmail.

MTS: How do you prepare for an AI-centric world as a sales leader?
You gotta understand what it is. You’ve got to dig into it. There are a bunch of tools to figure out what AI is and what it does. On the surface level, it sounds scary for sales as there are functions to move them closer towards bots. What it really is going to mean, (hopefully) is move a lot of that lower level work to bots which then means salespeople will be able to double down in truly bringing value and sell more. If the low-level work gets eliminated, they would have to brush up their skills at helping and connecting with prospects.

MTS: One word that best describes how you work.
Aggressive.

MTS: What’s your smartest work related shortcut or productivity hack?
Keyboard maestro – I set up my shortcuts and I can open all the tools and sheets once I get into the office without finding where they are.

MTS: What are you currently reading? (What do you read, and how do you consume information?)
I’m making a deliberate change over the last 3 months. I was a heavy user on ipad, kindle and iphone to consume information and I get easily distracted when I was doing that. So I made the change back to paperback. I’m currently reading Radical candor, history of SEA and my subscription to economist all in paperback. I’ve subscribed to the economist for 2 years, I’ve read it about 3 times on my ipad. But in the last 6 weeks when I get it in the paper, I read it every week. Aside from that, I also follow specific industry people on Twitter and have a gmail filter setup for sales thought leader blogs such as the Sales Hacker blog.

MTS: What’s the best advice you’ve ever received?
“Learn how to make decisions.” It’s drastically helped me to learn how to be decisive and make relatively quick decisions when I need to. It’s the whole idea of being ‘decisive’.

MTS: Something you do better than others – the secret of your success?
It may sound weird, but I love public speaking. I’m probably better at speaking in front of a (large) crowd instead of a one-on-one conversation. I’m in my element when speaking in front of a crowd, which is odd. But I learned that it’s something I should take advantage of.

MTS: Tag the one person, from the Martech sector, whose answers to these questions you would love to read:
Everywhere I go in Singapore, I hear about Hari Krishnan. He was the first hire of LinkedIn for APAC (they’ve built a great business in APAC) and now the CEO of PropertyGuru. I see where LinkedIn is now and that’s where I’d like for us to be in a few years. I’d like to chat with the guy who has lived it.

MTS: Thank you Mark! That was fun and hope to see you back on MarTech Series soon.

HubSpot is the world’s leading inbound marketing and sales platform. Since 2006, HubSpot has been on a mission to make the world more inbound. Today, 31,000+ customers in more than 90 countries use HubSpot’s software, services, and support to transform the way they attract, engage, and delight customers. HubSpot is a global company with offices in Cambridge, MA; Dublin, Ireland; Singapore; Sydney, Australia; Tokyo, Japan; Berlin, Germany; and Portsmouth, NH. HubSpot has been recognized by Inc., Forbes, and Deloitte as one of the world’s fastest-growing companies. HubSpot’s software has helped companies worldwide change how they market and sell, while our innovative approach to company culture has helped redefine transparency and autonomy in the modern workplace.

ExamRoom.AI Relies on the Vonage Communications Platform to…