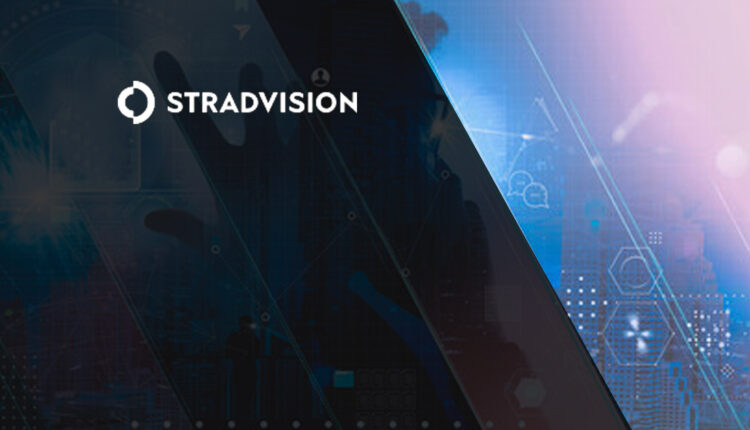 STRADVISION, an AI-based video perception technology company, has unveiled a new company identity as they continue to accelerate global business and pursue opportunities for their innovative Vision AI software. As part of this updated company identity, STRADVISION has also unveiled a new rebranding, company logo, and video (as seen here) that symbolizes the company’s ambition to empower everything to perceive intelligently.

Since 2014, STRADVISION’s perception technology for ADAS and autonomous vehicles from autonomous level 0 to 5 has been a leading innovation for vision and safety in the automotive space, powered by their award-winning SVNet software that allows accurate detection and identification of objects. The company’s new mission will aim to take the innovative SVNet software and expand its capabilities.

According to McKinsey & Company1, the automotive software market size of $34 billion in 2020 is expected to grow by 9% every year to reach $84 billion in 2030. By domain, an 11% of growth rate is expected in ADAS and autonomous driving areas, and a 9% of growth rate is expected in infotainment. In line with this market environment, STRADVISION has already started mass production of infotainment software other than ADAS and AV. Starting in 2023, the company will mass-produce together with a German OEM for infotainment and augmented reality.

As customer needs change along with market changes, STRADVISION has reorganized its product lineup from the standpoint of applications rather than technology itself. In other words, the company has introduced a new customer-oriented product lineup. This gives customers direct control over the final performance level for each product. The redesigned product lineup is ProDriver (deliver performance for safety), ParkAgent (the most advanced and complete parking solution), ImmersiView (perfect vision positioning to show real world) and CompliKit (complete suite to achieve final performance under your control).

Currently, most of STRADVISION’s sales are generated from ADAS and AV software in the automobile industry. As of June 2022, 559,967 units of vehicles are operating SVNet and there are more than 50 vehicle models with 13 OEMs being developed using SVNet software. STRADVISION’s sales goal is to introduce SVNet in 50% of the automobiles produced annually within 10 years.

“As our internal innovations and capabilities have continued to evolve, so has our mission to continue advancing the user experience and ultimately become the leading AI-inspired perception company,” said Sunny Lee, CEO of STRADVISION USA. “Vision AI is a moving perspective that has widespread capabilities that impact everyday existence, from products to life solutions. We will expand our business by utilizing Vision AI capabilities in the future. In the short term, the company plans to maximize the business opportunities of Vision AI technology by expanding its products to infotainment in the automobile industry and in the long term to related industries including aviation, logistics, and mobility. We are very excited for the future and a new era at STRADVISION.”

STRADVISION’s evolved company identity continues a significant year of milestones and growth for the company. STRADVISION has seen its workforce increase 69.2% YoY, as well as new strategic investors and partnerships such as ZF and Aptiv and international expansion including the opening of their new local subsidiary in Michigan and second office in Germany. The company has also just completed its Series C funding of $88 million ($129 million cumulative funding to date) and been successful in completing proof-of-concept (PoC) and production projects. In addition, STRADVISION’s SVNet software was once again selected as the ‘Best-in-Class Software for Perception Systems’ during the 2022 AutoSens Awards in Brussels, Belgium.

Cyara Appoints Vikram Verma as its First Independent Board Member

85.4% of Small Business Owners Regret Not Starting Their…