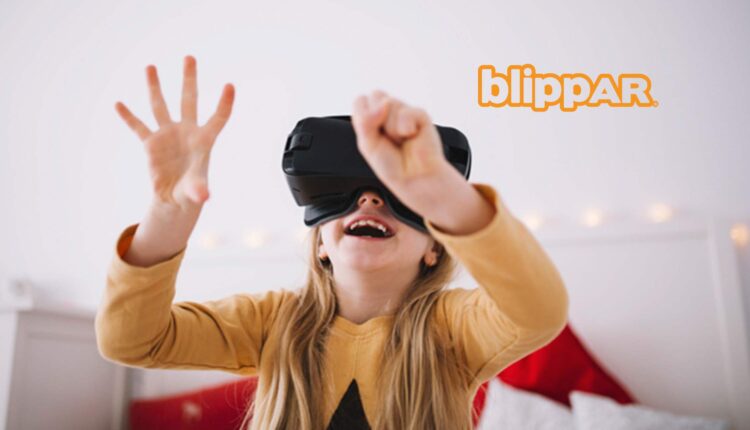 Blippar, the leading Augmented Reality (AR) technology company, announced it has closed a $5 million funding round.

The pre-Series A round was co-led by Chroma Ventures, the investment arm of Paddy Burns’ and Chris van der Kuyl’s gaming company 4J Studios, and West Coast Capital; the private equity arm of Scottish entrepreneur Sir Tom Hunter and family. Canadian entrepreneur Anthony Lacavera also contributed to the round through his Globalive Capital investment firm.

The new investment reinforces Blippar’s position as the global leader in AR and will be used to further develop the company’s industry-leading technology and accelerate its growth in key markets including the US, Europe and Asia.

“Blippar has demonstrated strong progress with the turnaround plan put in place by Faisal and the team, and the business is now well placed to maximise the opportunities presented by the growing AR ecosystem hence we are delighted to invest.”

Faisal Galaria, CEO of Blippar, commented: “We are very excited to have attracted investors of this calibre to Blippar. Not only is this a solid vote of confidence in Blippar’s technology from some of the most highly regarded industry veterans and business minds, but it also demonstrates sustained validation of the UK tech sector post-Brexit.

“2020 was a transformative year for Blippar with a 200% increase in revenue quarter on quarter, continued strengthening of the senior leadership team, and delivery of cutting-edge AR campaigns for major global brands including OnePlus, Kellogg’s and Dr Pepper. We have leveraged our 10 years of investment, provenance, and technology leadership in the AR space to come back leaner, more focussed and better than ever before.”

Gaming pioneers Chris van der Kuyl and Paddy Burns of 4J Studios are best known for developing Minecraft for Microsoft, Sony and Nintendo games consoles. Over the last 25 years, Chris’ success, profile and contribution in building technology, media and entertainment businesses has been prolific, and Paddy has been at the heart of the games industry for over 20 years. This week, the two entrepreneurs launched Chroma Ventures, a new investment arm for their diverse and growing portfolio of investments, to channel flexible capital into a range of early-stage and established businesses with high-growth potential.

Chroma Ventures principal, Chris van der Kuyl, who has also joined the Blippar board as a Director, commented: “The immersive nature of AR makes it one of the most important use cases for the gaming industry. Blippar’s AR technology is by far the most advanced and innovative that I’ve seen in years and there is huge potential for AR to power the ultimate gaming experience of the future. We look forward to being part of the Blippar journey.”

West Coast Capital holds a number of major investments in property, e-commerce and data analytics, and was an early investor in The Hut Group. Sir Tom Hunter commented: “Blippar has demonstrated strong progress with the turnaround plan put in place by Faisal and the team, and the business is now well placed to maximise the opportunities presented by the growing AR ecosystem hence we are delighted to invest.”

Anthony Lacavera is credited with changing the face of Canada’s communications technology landscape. He was the founder of WIND; one of Canada’s four mobile operators, and other leading telecoms businesses including Yak and OneConnect. He is the founder and Chairman of Globalive – a global investment firm that has raised over CAD$2 billion in the telecommunications industry. Over the past 15 years, Globalive Capital has invested in over 100 companies in the tech, media and telecoms industries and has 45 companies currently in its venture portfolio.

Anthony Lacavera commented: “We partner, invest and build companies that are committed to innovating and developing technology to improve and change industries. Blippar is exactly the kind of business we get excited about. With the AR tech stack now available on over 4 billion mobile phones and with 5G rolling out globally, the timing for AR is now. Blippar is incredibly well positioned to lead the transition from a 2D to an immersive 3D world leveraging its experience in Computer Vision, Machine Learning, AI in addition to Augmented Reality.”

In addition to Chris van der Kuyl, tech entrepreneur Justin Cooke has also been appointed to the Blippar Board this month. Chief Content & Partnerships Officer of FutureLearn, Justin is also a Venture Partner at tech investor Northzone, and an adviser and investor in numerous fast-growing technology businesses.

Oracle Named a Leader and Positioned Highest for Ability to…