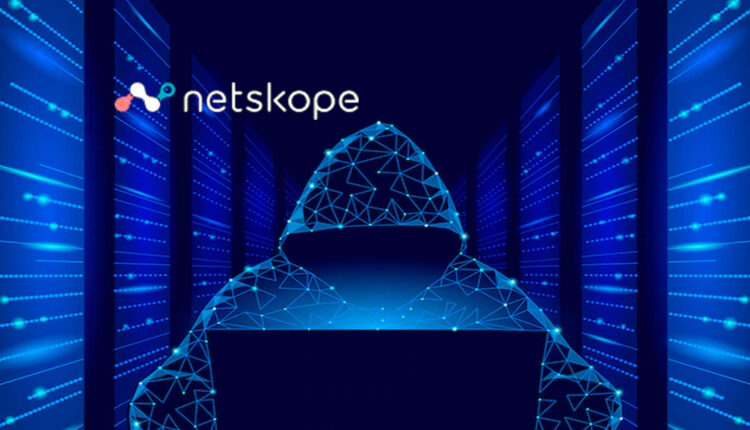 More than 1 in 5 users upload, create, share or store data in unmanaged personal apps and instances

Netskope, the leader in Security Service Edge (SSE) and Zero Trust, released new research detailing the proliferation of cloud apps used within businesses worldwide. The Netskope Cloud and Threat Report: Cloud Data Sprawl found that cloud app use within organizations continues to rise, as it has already increased 35% since the beginning of 2022, with an average company of 500-2,000 users uploading, creating, sharing or storing data in 138 different apps, and using an average of 1,558 distinct cloud apps each month.

The report found that more than 1 in 5 (22%) users upload, create, share or store data in personal apps and personal instances, with Gmail, WhatsApp, Google Drive, Facebook, WeTransfer, and LinkedIn ranking as the most popular personal apps and instances.

Additionally, highlighting a continued trend in insider risk, the report revealed that 1 in 5 users (20%) upload an unusually high amount of data to such personal locations during the 30 days before they leave an organization, marking an increase of 33% during the same time period last year.

“Cloud apps have helped to increase productivity and enable hybrid work, but they have also caused an ever-increasing amount of data sprawl that puts sensitive data at risk,” said Ray Canzanese, Threat Research Director, Netskope Threat Labs. “Personal apps and instances are particularly concerning, since users maintain access to data stored in those instances even well after they leave an organization. Proactive security measures – especially policy controls that limit access to sensitive data to only authorized users and devices and prevent sensitive data from being uploaded to personal apps and personal instances  – can help reduce the risks of loss or exposure of sensitive data.”

Additional key findings from the report include:

“Organizations are usually surprised when they discover just how many overlapping apps they are using. Gaining this visibility is an important step to helping rein in cloud sprawl and reduce the risks it poses to sensitive data. Once you know how data is being accessed, you can begin enforcing policies that reduce data risks without compromising productivity. Data security and productivity don’t have to be a tradeoff,” concluded Canzanese.

The Netskope Cloud and Threat Spotlight is produced by Netskope Threat Labs, a team composed of the industry’s foremost cloud threat and malware researchers who discover and analyze the latest cloud threats affecting enterprises. Findings are based on anonymized usage data between January 1 through May 31, 2022 and relating to a subset of Netskope customers with prior authorization.