MetaTope Partners with Moxy.io to Extend the Capabilities of Web3-based Digital Interactions 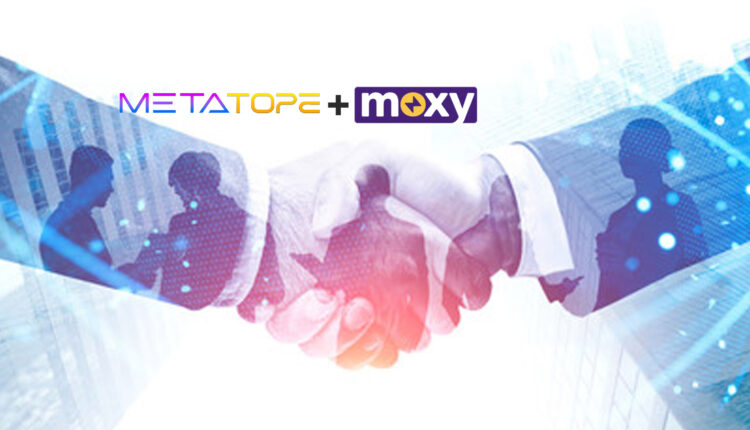 MetaTope has partnered with Moxy.io, the marketplace for Play & Earn video games, to build a gaming infrastructure for content creators to take the next step in the evolution of one’s digital identity.

MetaTope, the Web3 infrastructure company building the connection between all isolated metaverses, today announced the company’s partnership with Moxy.io, the middleware layer powering the next generation of video games, to build the infrastructure for games and content creators to take the next step in the evolution of one’s digital identity.

The partnership comes soon after MetaTope’s breakthrough into the Web3 space, and announcement of the company’s proprietary MTskins – photorealistic, interoperable and Web3-integrated 3D avatars secured by the Ethereum blockchain. As part of the new relationship, Moxy.io will be integrating MetaTope’s MTskins into their gaming ecosystem as the core social asset for all individuals interacting with any of Moxy.io’s integrated applications. MTskins were designed to bring interoperability to avatars in the Web3 and NFT space, allowing digital identities to be used across the metaverses. MTskins allow users to own and personalize their virtual identities by accessorizing their MTskins and use them across multiple platforms including social media pages, augmented reality, virtual reality, and now, any Moxy.io integrated applications and participating games.

Together with Metatope, Moxy will create a standardized protocol that will enable video game developers to easily implement NFT based avatars as playable characters within their game titles. This will allow gamers to extend their personalized identity into Moxy games. Together, Moxy and MetaTope will achieve multiple ‘industry firsts’ in regards to meaningful application of NFTs, utility, customization, and extended identity in the video game industry.

Marketing Technology News: Rarify and BitGo Partner to Provide Investors With NFT Analytics and Help Them Gain an Edge

“MetaTope and Moxy.io share the long-term vision of the application of blockchain and NFT technologies,” says Jordan Yallen, CEO of MetaTope. “Not only does this partnership help MetaTope stimulate our gaming integration, but also proves our shared belief that mass adoption will come when individuals are interacting with the blockchain out of sight. We’re making the blockchain easy to use and understand, and with the proper tools and solutions, more adoption will come.”

Moxy.io brings the utility of distributed ledger technology plus Proof of Play and Play & Earn mechanics to any new or existing video game through an industry standard SDK/API stack. With the integration of MetaTope MTskins, users will be able to control their intellectual property (IP) and monetization within Moxy.io as well as other platforms.

“We are proud to be partnering with MetaTope to create customizable digital avatars that can be utilized inside and outside of the Moxyverse,” says Matt deFouw, CEO, Moxy.io. “Teaming up with MetaTope has given us the opportunity to extend the capabilities of digital interaction for our users, while also increasing utility for all Moxy Club members. Our goal is to give Moxy Club members control over their monetization and personal identity. MetaTope is helping us do just that.”

Both MetaTope and Moxy.io share seasoned industry leaders and decades of experience in gaming, technology, P2P protocol layers and advertising. As part of the partnership, Moxy.io Chief Knowledge Officer, Nolan Bushnell, founder of Atari and Chuck E. Cheese, and creator of Pong, will represent Moxy.io on MetaTope’s Advisory Board.