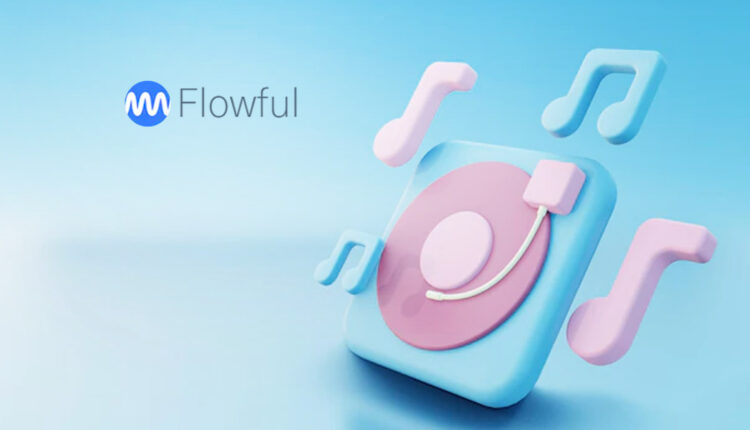 Flowful have announced the full release of their website – a new technology that uses advanced generative AI algorithms to create endlessly unique and evocative ambient music. With Flowful, users pick from a selection of infinite-length, procedurally-generated ambient soundscapes which can ease the listener into an ever-elusive Flow State.

These soundscapes are described as being ‘made by humans, and played to you by AI’, with snippets of human-selected audio being played back to you at pitches and intervals selected by an AI algorithm. This process happens in real-time, meaning that each time a user presses play, they have a version of the soundscape which is unique to them.

The product on top of the music Flowful creates is centered around getting you to focus. With it being algorithmic, each track has no necessity to end, which Flowful believes is a great tool for getting into Flow State. No gaps, breaks, switches or Ads to break your rhythm, without the track ever looping over itself.

“It’s about continuity,” says Drew Richardson, Founder of Flowful. ”We don’t make any crazy claims about the science of what our music can do – everyone reacts differently to working with focus music on. Flowful’s music is always unique, everlasting and subtly ambient, so that you can just get down to work with a soundscape in the background.”

With the battle of Man vs Machine waging on recently, one begins to wonder if music will be next to fall, alongside art, writing and code generation.

Generative music systems are nothing new though. Brian Eno coined the term ‘ambient music’ back in the 70s, and was using tape loops and cassettes on different timings that would produce music which was unique (almost) forever. Wind chimes, or variations of them, have been around for millennia. Flowful’s introduction of AI into the picture creates the advent of smarter, more everlasting music – but you will have to be the judge on whether this removes it’s soul.

Marketing Technology News: Personalization Is More Than Knowing Who A Consumer Is; It’s Marketing To Them In The ‘Moment’

The ‘personalization’ hinted at is surprisingly manual, rather than other, more advanced ways of inferring what a user would want. With Flowful, one simply chooses to combine their performed soundscape with common focus music additives, such as café ambiences, rain sounds, or even Binaural Beats (if that’s your thing). Track customizations can be done by tweaking or removing all of the elements which comprise a soundscape.

Flowful is currently a team of one, based in London, with a product which is 100% bootstrapped. It has been under the radar, only occasionally coming out of the woodwork to acquire more users. The testimonials are good, and it seems there are a hardcore group of fans which admire the work.

Flowful currently exists as a website, which is accesible from all devices. It’s available with a ‘freemium’ model – meaning anyone can use the product, then pay if they want extra features. There is also an Android mobile app available in Beta, with an iOS app currently in development.