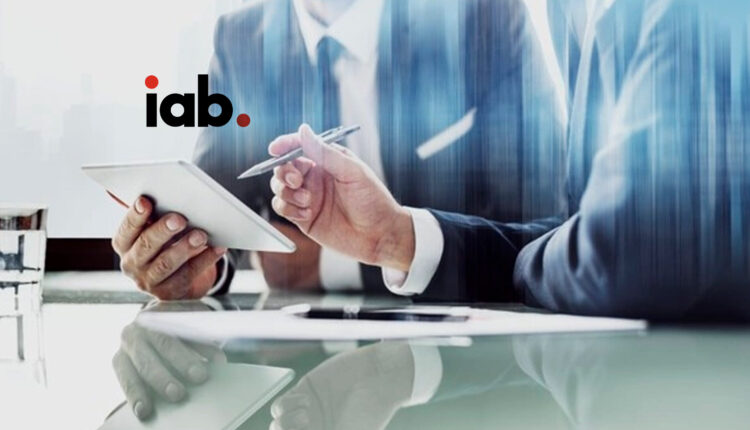 The announcement comes on the heels of news that the Internet Association is dissolving at the end of the year.

“IAB has helped drive some of the marketing and media industry’s most important self-regulatory solutions and legislative proposals, including the Digital Advertising Alliance protections for consumer privacy, the Trustworthy Accountability Group’s anti-ad-fraud program, and the Privacy for America Coalition,” said Tiffith. “But the rapid pace of change means this work is far from over. I’m eager to work with our members and partners to continue to implement the right policies that help businesses grow and that benefit consumers. With its unique assets – especially its diverse membership of publishers, platforms, brands, ad agencies, and technology providers, as well as the IAB Tech Lab, the industry’s leading technology standards organization – IAB is the only organization that can realize these goals.”

“Lartease is a terrific choice to lead IAB’s Public Policy team during this unique time,” said Rudy Brioché, Vice President for Global Public Policy and Policy Counsel for Comcast Corporation. “He has the skills, experience, and relationships to advocate effectively on behalf of the digital advertising industry at this critical time.”

“The leadership of IAB’s policy group is indispensable,” said Bill Bailey, VP, Government Relations for Disney. “Lartease Tiffith is a great pick for this position because he so deeply understands IAB’s unique blend of policy, business practice, and technical expertise. He gets all three and how they intersect.”

Marketing Technology News: Nextech AR to Present at the “Metaverse Platforms” Event Hosted by the VRARA

Most recently, Tiffith served as Senior Manager, Public Policy, Amazon, where he managed public policy issues related to advertising, privacy, security, data governance, cross-border data flows, and consumer protection issues. In his role, he provided counsel to internal legal and business partners on global public policy matters to help guide the development of products, services, and internal policies. During his tenure at Amazon, INSIDER named him as one of the key players in politics and the tech world. Prior to joining Amazon, Tiffith served as Senior Counsel to then-U.S. Senator Kamala Harris, and Counsel to U.S. Senator Dianne Feinstein. Before working in the Senate, he practiced law at two international law firms (Kirkland & Ellis LLP and O’Melveny & Myers LLP) and the U.S. Department of Justice. Tiffith began his legal career as a Law Clerk to the Honorable Roger L. Gregory, Circuit Judge, on the U.S. Court of Appeals for the Fourth Circuit. He earned his B.A., J.D., and M.B.A. from Northwestern University.

“Adding Brendan to our team adds even more depth, expertise, and perspective to IAB’s legislative efforts,” said Cohen. “We expect 2022 to be an important year, and we will be fully ready to help ensure that industry growth and predictable consumer privacy are on top of the policy agenda.”

Venly Raises 21 Million Euros in Series A to Bring More…