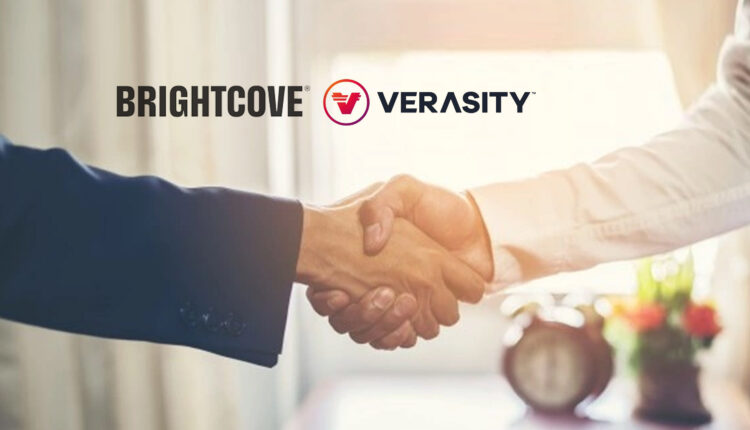 Blockchain ad-tech leader Verasity is pleased to announce its partnership with video for business platform, Brightcove. With over 3,000 customers in over 70 countries worldwide, Brightcove delivers the world’s most reliable, scalable, and secure video technology solutions to media and enterprise organizations.

Through the integration, Brightcove media and client brands can seamlessly take esports feeds from VeraEsports and broadcast them on their domains to their audience. In turn, Brightcove’s media customers can take advantage of the Verasity Rewards System to obtain higher engagement from their existing audiences and attract new viewers through blockchain-enabled viewership monetization.

Finally, thanks to Verasity’s patented Proof of View technology, Brightcove can now offer an alternative ad stack to its broadcasters and media customers, VeraViews, which eliminates the US$100 bn+ per annum in ad fraud.

“By entering the Brightcove Marketplace, we’re enabling the market-leading ad-tech tools that the Verasity team have developed to be leveraged by Brightcove’s vast range of customers worldwide. Not only is this a step-change in blockchain ad-tech adoption utilizing Verasity’s Proof of View technology, but it’s also a revolutionary moment for how everyday viewers are rewarded for their attention with Verasity’s Rewards System.”

Justin Barrett, SVP, Sales, EMEA at Brightcove, says, “We are seeing tremendous growth in the eSports market around Europe and abroad. With the addition of Verasity to the Brightcove Marketplace, our customers can utilize Verasity’s ad-tech stack directly through the Brightcove Platform. Now, media organizations, fan brands, and more can seamlessly work with Verasity to deliver engaging, successful, and revenue-driving esports events.”

Planned milestones for 2022 include the integration of additional Verasity modules into the Brightcove Platform empowering Brightcove’s existing and future customers to monetize their video content.

Strategy, Process, or Tech? What Comes First? – How to Balance Your Digital Transformation

Leia Inc. Unveils the Next Generation of 3D Displays to…