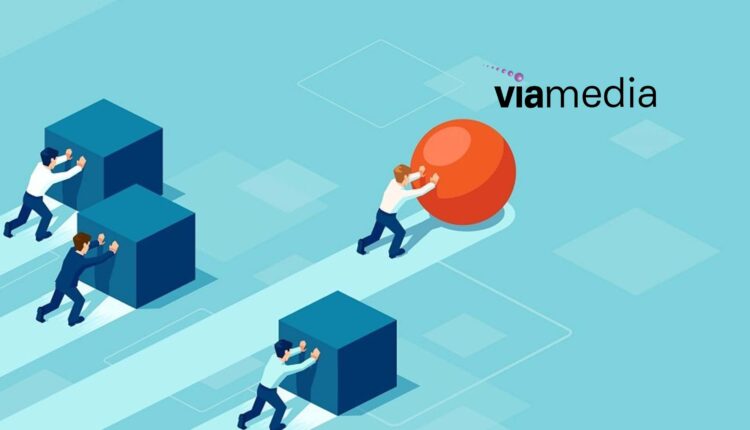 Viamedia, the leading fully-integrated independent cross-media local advertising company, today announced that Rick Tarvin, the company’s Executive Vice President of Sales, has been promoted to Chief Revenue Officer. In his new role, Tarvin is responsible for all revenue-generating aspects within the organization and executive team.

“Rick played a pivotal role in the growth of Viamedia, and we couldn’t be prouder to acknowledge his 16 years of contribution to our company’s development and success with this well-deserved promotion,” said Viamedia President and CEO David Solomon. “His leadership, enthusiasm, passion, energetic personality and media-sales experience give him the instinctive ability to understand clients’ needs, develop innovative solutions and motivate sales teams, making Rick the most qualified candidate for Chief Revenue Officer.”

“Rick played a pivotal role in the growth of Viamedia, and we couldn’t be prouder to acknowledge his 16 years of contribution to our company’s development and success with this well-deserved promotion”

As Chief Revenue Officer, Tarvin will be responsible for Viamedia’s revenue streams, including local, regional, digital, national, political, trade, direct response, interconnect and programmatic programming. Tarvin will develop cross-functional growth strategies, oversee all existing and new partner relationships, and ensure customers’ broad market needs are incorporated into revenue development. He will work closely with leaders, managers, and other executives to ensure Viamedia achieves its goals in revenue generation throughout the year.

Tarvin is based in Viamedia’s Lexington, Kentucky operational headquarters and reports directly to the company’s President and CEO, David Solomon.

Tarvin has nearly three decades of experience in advertising sales, having begun his career in 1993 as a Regional Sales Manager for Trader Publishing Company, where he developed and implemented strategies for advertising sales in the automotive and truck industries. In 2001, Tarvin entered cable advertising sales as a Local Sales Manager with AT&T Media Services, which through mergers became Insight Media in Covington, Kentucky. Tarvin has been with Viamedia since 2006, beginning his tenure as Corporate Manager of Automotive and Business development before being elevated to Executive Vice President of Sales in 2016, where he was responsible for overseeing Viamedia’s regional teams, including all local sales.