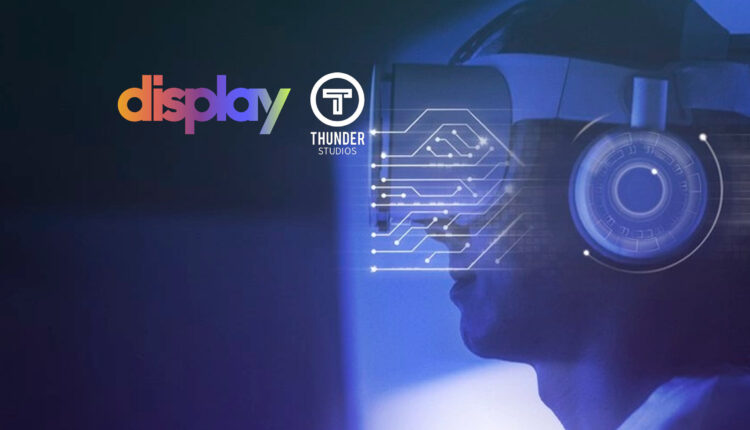 Through the convergence of social media, gaming, and entertainment in the Metaverse, the combined company will empower the creator economy with a suite of tools to broaden commerce between creators and fans

Social media ecommerce platform Display Social, better known as the “social that pays,” today announced it has successfully completed the acquisition of both Thunder Studios and Infinite Reality. The combined entity will infuse the creator economy with an unprecedented suite of creative tools covering social, gaming, virtual and remote production, NFT minting, and metaverse creation. The consolidating companies are not disclosing details of the transaction.

With their robust combined assets, the combined company is set to offer a unique combination of metaverse creation tools, an integrated social platform for creators, and a 150,000 square foot Los Angeles-based facility featuring virtual production capabilities, an esports arena, dedicated XR stage, and motion capture and volumetric stages. The immediate focus will be to develop web-based, open metaverse tools for creators to bring Hollywood-quality production value to content broadcast in and from the metaverse.

“This is one of the biggest metaverse mergers to date, bringing together social media that pays the creative community, the most amazing team of metaverse builders from Infinite Reality, and the top independent production studio in California,” says John Acunto, Co-Founder and CEO of Display. “This business combination will create a disruption not seen in decades, and we intend to quickly become a market leader in all things social and metaverse. The announcements made by industry leaders in this space about the future of social and the metaverse always fail to mention how they intend to pay the creators and communities that will build the future of the metaverse. The creative community is built into the fabric of our companies and its leadership.”

Co-Founder of Infinite Reality Elliott Jobe says, “We’re thrilled to be coming together at such a pivotal moment in time – where creators can finally be at the helm of their own economic destiny. Impossible to imagine the kinds of creativity, experiences, and connections creators will unlock using this technology. Perhaps within the prospect of an open metaverse, we discover we are not alone after all.”

Rodric David, CEO of Thunder Studios says, “John, Elliott, and I share a common belief that the metaverse should be open for all creators to collaborate on unique content opportunities that deliver immersive, interactive, and engaging fan experiences. The metaverse will propel the future of the Creator Economy, and we will empower creators with a broad suite of metaverse tools to support their success. We strive to end the exploitation of creators by large technology platforms by partnering with creators, providing them resources to produce their craft, and including them in the broad range of income opportunities the metaverse will generate.”