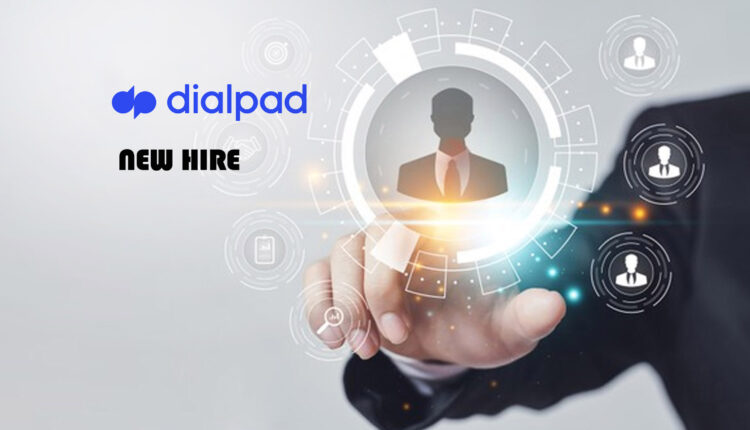 Dialpad Inc., the industry leader in AI-powered communication and collaboration, today announced two additions to its executive team. Brian Peterson, co-founder of Dialpad and Senior Vice President of Engineering has been promoted, becoming Dialpad’s first Chief Technology Officer (CTO). Jason Yang, Dialpad’s Senior Vice President of Marketing and Business Operations, is also stepping into a brand-new role for Dialpad as Chief Operating Officer (COO). With both additions, and other recent high-profile executive moves, Dialpad is preparing for another year of fast-paced growth by expanding its bench of senior strategists to further establish Dialpad as a pioneer enabling the future of work.

“As a fellow co-founder, Brian has my complete trust and I am grateful to have him by my side, especially as Dialpad goes through this period of hypergrowth”

During the past decade at Dialpad, Brian Peterson has overseen the development of the company’s award-winning unified communications and contact center technology. Now, as CTO, Peterson will evolve Dialpad’s unified communication offerings by driving the development of calling, voice and text solutions that are truly integrated, future-ready and prepared to meet the growing demand of a distributed global workforce. Under Peterson’s leadership, Dialpad will expand its engineering team by almost 50% over the next twelve months while merging its entire engineering workforce under one organization to create a more unified culture and inspire frictionless innovation.

“As a fellow co-founder, Brian has my complete trust and I am grateful to have him by my side, especially as Dialpad goes through this period of hypergrowth,” said Craig Walker, Chief Executive Officer, Dialpad. “During the past decade, Brian has taken a relatively small team and built a unique and innovative solution for the UCaaS and CCaaS markets. I am excited to have him take on this role where he’ll play an integral part in bringing together our various engineering teams. With Brian’s vision, deep product expertise and leadership experience, I’m confident Dialpad is the only company able to provide customers with a seamless, intuitive – and truly unified – communications platform.”

Jason Yang brings more than two decades of experience with high-growth global companies, including in the telecommunications space, to the COO role. Prior to joining Dialpad, Yang led demand generation at Five9 where he helped drive the company’s valuation from $300M to $2B during a three-year period of rapid, sustained growth. As a global operations and transformation leader, Yang offers a broad perspective that will help Dialpad combine strategy, technology and people to maximize value. He plans to build Dialpad into the most innovative player in the UCaaS and CCaaS markets with predictable, sustainable, and rapid growth over the next year.

“As the company’s first COO, Jason brings a wealth of experience across many business areas including marketing, B2B sales, revenue operations, data analytics and customer success,” continued Walker. “His business acumen and industry experience, combined with the strong relationships he’s built at Dialpad over the past three years, gives me every confidence in his ability to both scale and build sustainable, rapid growth.”

The new additions to the C-suite follow the announcements of Tasha Liniger and Morgan Norman as Chief Human Resources Officer and Chief Marketing Officer, respectively. With these additions to its executive bench, Dialpad is prepared for another year of fast-paced growth as businesses continue to seek cloud-based calling, conferencing and contact center solutions that empower users to “work-from-anywhere.”

DemandBridge Partners With SAGE for Latest Integration in DB…

Remark Holdings, Inc. Partners With AAEON To Simplify the…