Front Raises Series D at $1.7B Valuation, Joins List of only 10 other SaaS Unicorns Founded and Led by Women 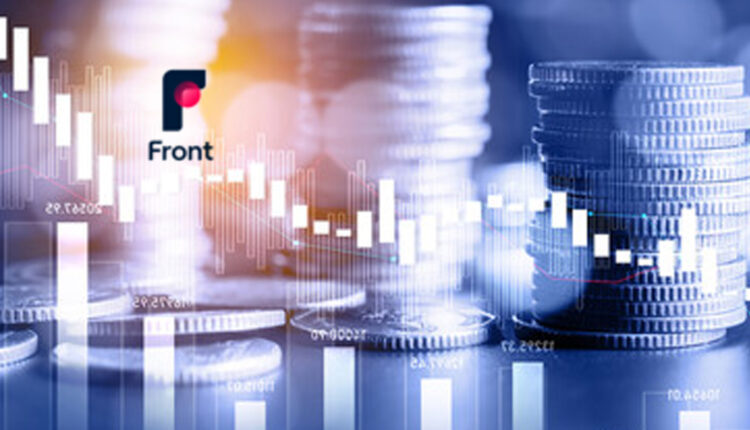 According to Crunchbase, among the 1,360 unicorns it tracks on the Crunchbase Unicorn Board and among the thousands of public and private SaaS companies in Crunchbase’s dataset, Front CEO and co-founder Mathilde Collin joins a list of only 10 other women to found and hold the role as chief executive at both public and private SaaS company valued at over $1 billion dollars. With this latest funding, Front more than doubled its valuation — an achievement made more significant as it comes amid the most challenging tech fundraising environment in over a decade. In recent months, public technology company valuations have been slashed and growth at all costs is no longer being rewarded. Instead, there is much greater emphasis placed on profitability and efficiency. Front has a history of capital-efficient growth, with a track record of opting for lower valuations to minimize equity dilution and maintain a strong capitalization table.

Front’s strong track record of consistent and disciplined growth can be attributed, in part, to the fact that Front’s leadership heavily skews female: alongside co-founder & CEO Mathilde Collin, 80 percent of the executive team is female and 50 percent of Front’s managers are women. Private technology companies led by women are more capital-efficient, achieving 35 percent higher ROI, and, when venture-backed, 12 percent higher revenue than startups run by men, according to the Kauffman Foundation. Yet, according to PitchBook, female founders secured only 2 percent of venture capital in the U.S. in 2021, the smallest share since 2016.

Founded in 2013, Front is upending two of the largest and most deeply entrenched markets in SaaS: email and customer support software. Businesses that rely on strong customer relationships to differentiate themselves are underserved by the incumbents: Email is inefficient for teams, with no support for workflows, analytics or meaningful integration; support software creates efficiencies, it makes customers feel like numbers. Front surrounds every high-stakes conversation with team collaboration capabilities and customer data. Its customers use it to ensure responses are always fast, accurate and deeply personalized. Unlike customer ticketing software, Front’s modern interface is inspired by email clients, which team members love because it’s familiar and easy to use.

“When it comes to customer communication, technology rarely improves the relationships it’s designed to manage. Efficiencies tend to come at the cost of quality of service: the so called smart bots, the deflection techniques, the cold ticket numbers and impersonal processes. In the long run, both customers and businesses lose out. Front has taken a contrarian approach: we’re building technology that scales customer relationships without losing that human touch,” said Mathilde Collin, co-founder and CEO of Front. “This investment round, coming in the economic environment as it did, is a validation of that approach. Front has the potential to become the communications layer for meaningful relationships across the entire enterprise, and investors want to help us get there.”

Front has nearly 8,000 customers in over 100 countries, including five of the Fortune 25. The company has grown net new ARR by 120 percent YoY and is seeing strong traction in mid-market and enterprise with new business growing nearly 2X faster than other segments last year. Front’s Customer Satisfaction Score (CSAT) has averaged 98 percent in the past 12 months, and it has consistently been ranked one of the top 10 companies globally, according to Nicereply. Front consistently sees a level of engagement that’s far more common in consumer apps such as Netflix and Instagram than in B2B technology: 75 percent of Front’s monthly active users are also daily active users.

“Front has emerged as a mission critical customer communication platform for companies of all shapes and sizes across” said Alex Kayyal, Managing Partner at Salesforce Ventures. “We’re delighted to support such a talented team as they tap into the massive opportunity to marry collaboration tools and data to strengthen relationships via digital channels.”

“At Battery we’ve closely studied the evolution of customer communication and collaboration software more broadly, and our work has made us extremely excited about Front’s vision in this sector and its ability to execute,” said Battery Ventures General Partner, Neeraj Agrawal. “Mathilde and her team have not only built a great business—they’ve built a great culture around highly satisfied employees who are channeling that enthusiasm back into the product. We couldn’t be more thrilled to partner with Front.”

Front will use the funds to accelerate investments in both product and go-to-market initiatives. On the product side, it will increase investments in product development efforts to empower support, operations and account management teams to build long-lasting relationships at scale. For go-to-market, it will invest in new partnerships, geographies and gaining market share in industries where customer relationships drive business success more than any other factor, including professional services, financial services, logistics, and B2B technology, among others. The company will also use the funds to continue driving its global expansion, particularly in EMEA where the company has offices in Paris and Dublin.

CTV Maintains Lead For Most Impressions Served in Q2,…