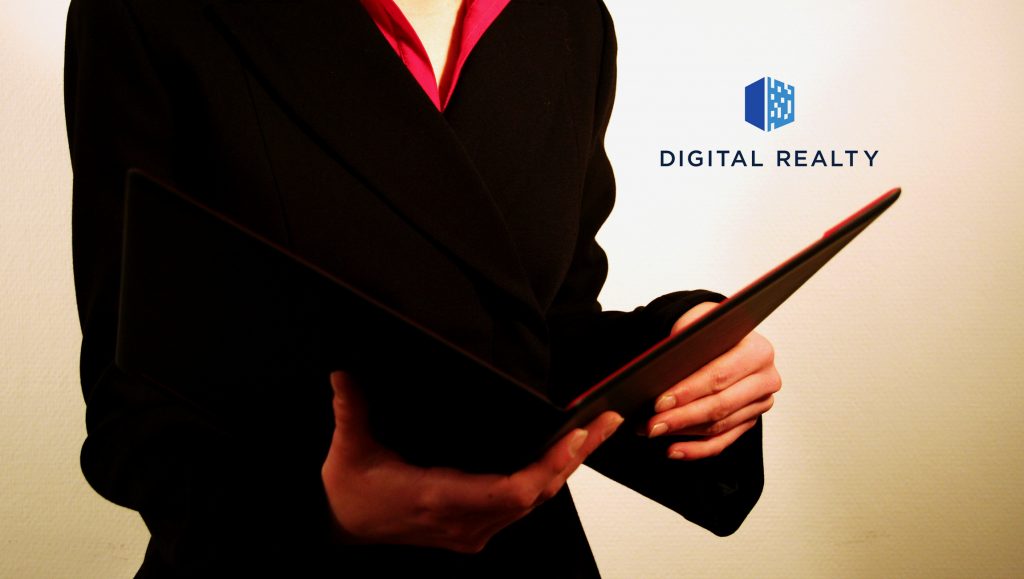 AI, IoT, 5G and Blockchain Are Predicted to Contribute $721 Billion per Year in Economic Development of 60 Major Global Cities

Digital Realty, a leading global provider of data center, colocation and interconnection solutions, unveiled new research predicting that by 2029 AI, IoT, blockchain and 5G will drive $721 billion in revenue per year to 60 of the largest cities around the world. Through new jobs, new businesses, new industries, improved public services and more, the following 10 cities (ranked in order) are predicted to be the world’s leading digital capitals by 2029:

Poised to create the greatest impact in the next decade, AI, IoT, 5G and blockchain have data at their core. This comes as no surprise to Digital Realty, considering there are 294 billion emails and 5 billion internet searches1 and 482.6 billion electronic financial transactions2 every day, and that’s without touching on the data use we don’t see – from shipment tracking to factory automation – and the amount of data we use is only going to grow more rapidly. However, data led technology is just starting out. The business applications of these four technologies alone will create a new explosion in data and the value it brings to people and businesses around the world.

The economic contribution of digital information has previously been termed the data economy: this is the financial and economic value generated by the creation, storage, retrieval and use of highly-detailed business and organizational data at high speeds. The report specifically assesses the current and potential economic value innovative data led technologies will bring to 60 cities around the world in the next decade.

“We wanted to build on previous reports and uncover the role cities will play in the future data economy,” says Chris Sharp, CTO of Digital Realty. “It’s no surprise that cities like New York, Tokyo and London occupy a lofty position in the report. Not only are they hubs for the highest density of digital commercial activity and digitally-skilled workforces, but also their laser focus on the creation of new digital technologies and applications makes them prime examples of what’s possible in the world’s data economy.”

Among the four leading technologies, AI will account for 46 percent of value growth, increasing in value by $255 billion per year by 2029, and adding an average of $5.13 billion to each city every year.

A further 22 percent of the overall increase is expected from 5G and nearly 21 percent from IoT, while blockchain is expected to account for the final 11 percent. Although the biggest contributor is AI, 5G is expected to grow at the fastest rate over the 2019-2029 period: this is because 5G is an emerging technology and is expected to grow rapidly from a low baseline position.

New York City is a major powerhouse for the world’s data economy. The city is filled with entrepreneurial people who work in the biggest industries such a legal, accounting, and business and it will continue to become a major ecosystem of data excellence. By 2029, New York is expected to have cemented its title as the world’s data capital. At that time, the annual contribution of AI, IoT, blockchain and 5G is expected to grow to $46.14 billion, up from $11.15 billion in 2019. While the annual financial contribution of these four specific technologies to the NYC economy is currently the second largest of any city in the world (with only Tokyo experiencing a greater annual contribution), NYC is expected to generate the greatest annual value from the four technologies by 2029.

By 2029, these four technologies in combination are expected to contribute just under 5.5 percent to the overall NYC economy, up from around 1.9 percent in 2019. The greatest share of this growth (nearly 47 percent) is attributable to AI with a further 23 percent coming from 5G.

New York and Shanghai look set to lead because they are abundant in three characteristics that are apparent in the fastest growing data economies including a strong consumer demand for data-led products and services, quality technical universities and well established infrastructure and low latency data connectivity.

42601
We store cookies on your computer to improve your experience and provide more personalized services, both on this website and on other sites. For more information about the cookies we use, see our Privacy Policy. We won't track your information when you visit our site. We will have to use at least one cookie to ensure that you won't have to make this choice again.AcceptPrivacy Policy