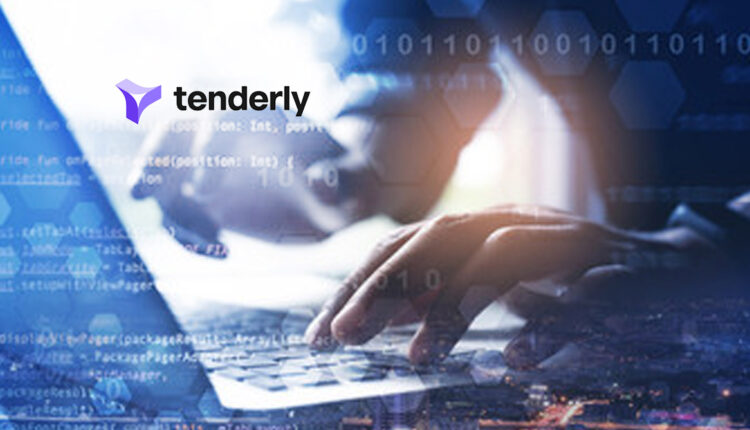 Web3 development platform provides an integrated environment for simulating and sending transactions in one place through Tenderly Web3 Gateway, with 100% accurate results

Tenderly, creators of an industry-leading Web3 development platform, announced that it is the first Web3 development platform to offer simulations through RPC on Tenderly Web3 Gateway, its production node as a service. In fact, Tenderly already processes more than 50 million simulations per month through its Transaction Simulator. Now, the company is introducing the same capabilities to the world of JSON-RPC.

Even though Tenderly just recently entered the node infrastructure space with Tenderly Web3 Gateway, built on top of more than four years of dev tools and observability experience, Tenderly quickly continues to deliver innovations into the node space. Tenderly Web3 Gateway is a tightly integrated part of its development platform that helps engineers streamline the process of building and deploying smart contracts.

With support for 20+ EVM-based (Ethereum Virtual Machine) networks, Tenderly provides developers with a variety of options to achieve greater speed, improve scalability, and reduce costs. Now, with the addition of simulations to Tenderly Web3 Gateway, Tenderly empowers developers to build smarter and more efficient decentralized applications (dapps)  with more powerful and easy-to-use dapp building blocks. Setting up simulations and sending transactions on-chain is made possible through a single RPC URL and a custom-built RPC method.

The importance of simulating transactions before sending them is reflected in that developers have greater insight into the execution of their transactions, including more visibility into failures and errors, as well as gas consumption issues. Armed with this essential information, developers can embed transparency and predictability directly into their dApp, increasing transaction visibility and reducing the chances of failures and/or costly mistakes to all of their users. Additionally, beginner developers who are exploring smart contract optimization options can also benefit from Tenderly Web3 Gateway due to its simple and easy-to-use design.

“Our initial launch of Tenderly Web3 Gateway last month was just the tip of the iceberg for what we plan do in the node provider space, says Andrej Bencic“, CEO and Co-Founder of Tenderly. “By integrating simulations with Tenderly Web3 Gateway, we set the direction for the evolution of the node provider ecosystem. We already have the next big thing in our sights and under development that will even further simplify Web3 developers’ life.”

Tenderly Web3 Gateway is a tightly integrated environment for developers to simulate and send transactions, the key features include:

“Developers are at the core of everything we do at Tenderly,” said Bencic. “Simulations are just the first enhancement of our Tenderly Web3 Gateway node as we continue to focus our efforts on making developers’ lives easier and supporting the community. Thanks to our unique node architecture we’re not only able to reach speeds of up to eight times faster for read-heavy workloads, but we’re also able to lean on that same tech and create compounding innovation previously not possible in the node provider space. ”

Marketing Technology News: How Marketing Teams Can Win In A Hybrid Work World