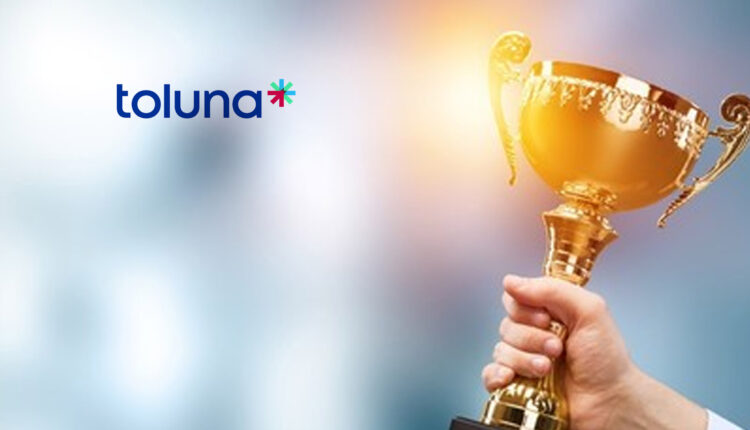 Toluna received the France-Israel Chamber of Commerce Award at its 29th annual gala, recognizing Toluna’s contribution to the development of economic trade between the two countries.

“Just a few hours from Paris, Israel is the Silicon Valley of the Middle-East. For us, it’s the assurance of continuing to innovate at the speed of the digital economy. ”

Toluna, the leading consumer insights provider and parent company of Harris Interactive and KuRunData, today announced an award from the France-Israel Chamber of Commerce (FCI) for its contribution to economic trade between the two countries—and large-scale collaboration of teams.

The honor was awarded at FCI’s 29th annual gala dinner in Paris, which brings together over 400 corporations and personalities from each nation’s political and economic scenes. Awards are presented to winners for their contributions to the development of bilateral trade. At this year’s dinner, guests of honor included Mr. Jean-Michel Blanquer (France Minister of National Education, Youth and Sports), Mr. Eric Danon (Ambassador of France in Israel), and Mrs. Ronit Ben Dor (Manager, Ministry of Foreign Affairs of Israel).

Toluna’s Founder and CEO, Frederic-Charles Petit, was accompanied at the gala by Nathalie Perrio-Combeaux and Patrick Van Bloeme, Co-Presidents and Co-CEO of Harris Interactive & Toluna France, as well as Jean-Daniel Levy, Senior Vice President of Harris Interactive France and Director of Politics and Opinion Department. Each was congratulated on-stage by the Minister, as well as the President and Vice President of the CCFI.

“On behalf of our teams in France and in Israel, I am very proud that Toluna has been honored with this award,” said Frederic-Charles Petit. “This award is recognition for our impact on innovation and technology in the field of research and surveys. ”

Founded in 2000, Toluna is a technology company that delivers real-time insights at the speed of the on-demand economy. In 2006, the group decided to create an R&D center in Israel, a centerpiece of its development strategy. “We are in Haifa for the quality of its engineers, its developers and its ecosystem,” added Petit. “Just a few hours from Paris, Israel is the Silicon Valley of the Middle-East. For us, it’s the assurance of continuing to innovate at the speed of the digital economy. ”