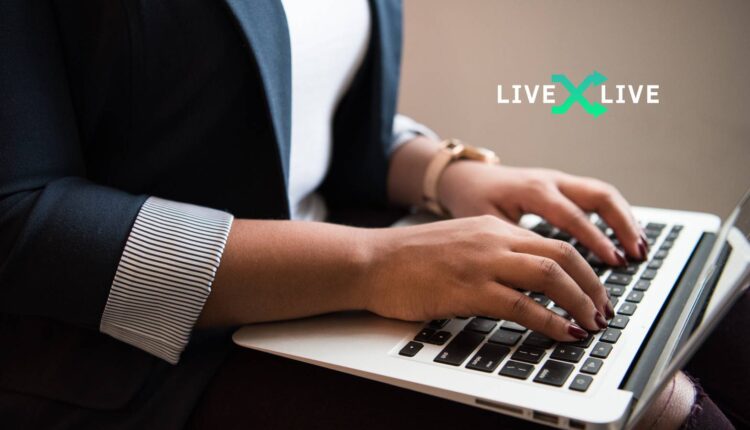 With Over 100 Shows Already Produced and Sold, Live From Out There and LiveXLive Continue to Announce New Shows including ‘Vote Now’, a live streaming event featuring The War On Drugs, Robin Pecknold (Fleet Foxes), Kam Franklin (The Suffers), Waxahatchee, Daniel Rossen & Christopher Bear (Grizzly Bear), Kyp Malone & Jaleel Bunton (TV on the Radio) and many more

LiveXLive Media, a global platform for livestream and on-demand audio, video and podcast content in music, comedy, and pop culture, and leading ‘Virtual Promoter’ Live From Out There will carry forward the momentum from the first-run announced in May 2020 which has resulted in over 100 pay-per-view (“PPV”) shows livestreamed on LiveXLive, including Goose Bingo Tour, Twiddle Roots Tour, Ani DiFranco’s “Prison Sessions”, and Virtual Summer Camp Festival. Live From Out There will also advise on marketing, promotions and technology development for LiveXLive’s platform as both companies look to reinvent the digital and virtual touring model.

“Live From Out There is the leading virtual promoter in pay-per-view streaming focused on Virtual Tours, Festivals and Artist Curated events, and we’re the best livestream platform, so together we’re reinventing how the virtual festival model is done in a post-COVID-19 era,” said Dermot McCormack, president of LiveXLive. “The team at Live From Out There has also brought numerous acts to our Music Lives franchise, so we’re excited to elevate this partnership even further.”

As part of its PPV offering, LiveXLive has utilized its various promotional channels reaching over 873,000 paid subscribers, 34 million email registrations, as well as 850k followers on social media. LiveXLive also simulcasts its events across its owned and operated platform, mobile and SmartTV apps and channels, as well as its own and the artists various social media channels on Facebook, Twitch, Twitter and YouTube. LiveXLive has also added promotional interviews on its flagship interview and commentary show “LiveZone” to hype its PPV events.

“LiveXLive has been a great partner and has truly worked with us every step of the way to make sure we are offering bands and fans an incredible experience throughout the entire PPV and VIP experience,” said Ben Baruch, Owner of 11E1even Group and co-founder of Live From Out There.

11E1even Group launched “Live From Out There” with a simple mission – to provide viewers a constant flow of easily accessible, never before seen digital content while supporting artists and crew members affected by loss of work due to COVID-19. Now five months in the making, they have raised over $750K while leading virtual innovation in live entertainment. They have organized and promoted numerous weekly virtual festivals, tours, and recently launched “Dine From Out There,” a music and culinary experience that extends to aid chefs and restaurants affected by the pandemic. The series has been applauded by Rolling Stone, Billboard, Variety, Pollstar and Celebrity Access, and Pollstar included 11E1even Group’s Ben Baruch in their “Impact 50” list, which honors the executives most impacting the live entertainment industry.

Since announcing PPV and digital touring in May 2020, LiveXLive has sold over thousands of PPV tickets in over 96 countries at an average ticket price of $27. LiveXLive’s recent PPV event with South Korean sensation Monsta X sold out VIP tickets in under two minutes, proving high demand for premium experiences for devoted fans. LiveXLive’s PPV initiative was created as a revenue-share model to support artists during a time when events, concerts and touring are at a standstill. LiveXLive’s PPV platform allows artists to go direct-to-consumer and perform full length concerts and shows with unique behind the scenes footage, docureality-style coverage coupled with premium tiered pricing with tickets that include VIP experiences, exclusive merchandise, digital meet-and-greets, and other event-exclusive perks.

Streann Leads the Way in Optimizing Revenue for Content…