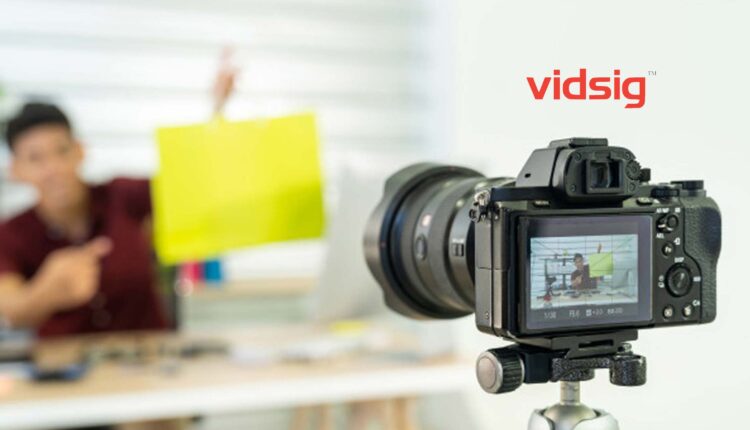 “What Jonathan brings to VIDSIG is a triple threat of unique creative vision, a highly strategic mindset, and a track record of creating significant value in a number of industries,” stated founder, Jeff Dudum. “We are poised for unprecedented expansion and we believe that Jonathan will lead us to new heights globally.”

Yarnold’s distinctive background spans a variety of industries – including sports and entertainment, technology, and real estate – most recently overseeing Marketing, Branding, and Public Relations for Wood Partners, one of the nation’s largest privately held real estate developers. His culture-forward, experiential Marketing approach has brought powerful differentiation to numerous companies and industries throughout his career – experience on which VIDSIG aims to capitalize.

“You can’t manufacture emotion, and that’s part of what makes VIDSIG so special and so valuable,” stated Yarnold. “What VIDSIG has built over the past few years has created an opportunity that only comes along once or twice in a generation, and it’s thrilling to be a part of producing truly innovative and meaningful value for consumers around the world.”

VIDSIG connects fans with their favorite celebrities and influencers through an easy-to-use platform for live video chats, autograph signings, and shout outs from internet-connected devices all over the world.

Survey: Identity and Access Management Eats up a Month Each Year for It