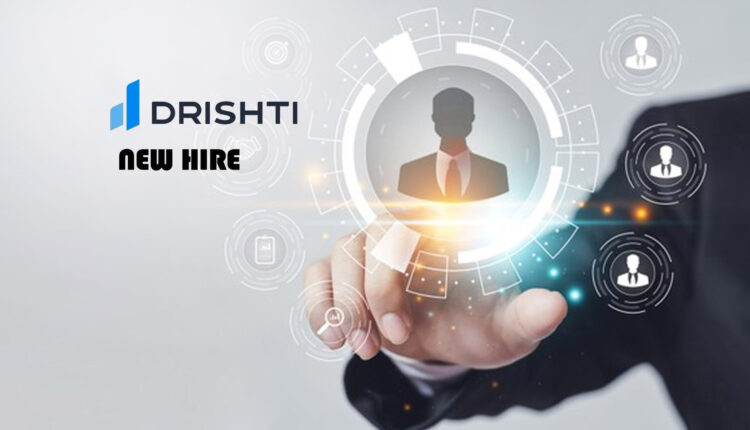 Drishti Technologies, Inc. (Drishti), whose AI-powered production technology uses video analytics, data and insights to bring significant benefits to manufacturers and their employees, has named Gary Jackson as its chief executive officer. Jackson succeeds Dr. Prasad Akella, founder and chief executive officer, who will transition to chairman of the board and chief strategy officer. Akella will continue his industry pioneering role in setting the direction for the emerging category of action recognition, which is deriving data and insights from video streams using AI, and advancing the fourth era of manufacturing, AI-powered production.

Marketing Technology News: LeadAngel Grows Customer Base By Over 100% And New Feature Updates

“What Dr. Akella and team have accomplished to date is proof that Drishti is the next big thing in manufacturing.”

“Drishti is built on the foundational principles that people remain central to driving significant improvements across the entire factory, including productivity, quality and training, and that AI-over-video is the next generation of sensing to enable them,” said Akella. “Our growing suite of business applications built on information extracted from the video stream empowers the manufacturing team — from line associates to the CEO — to make better decisions faster, perform at their best and experience greater job satisfaction. I look forward to Gary’s deep go-to-market and leadership experience, which will help propel Drishti from our extraordinary two dozen customers to every line of every plant in the world, simultaneously boosting human empowerment and manufacturing excellence.”

As CEO, Jackson will be responsible for all operational strategy and execution. An experienced CEO of early-stage enterprise technology companies, Jackson will tap his extensive go-to-market background to complement Prasad’s vision and manufacturing knowledge, as well as Co-Founder and CTO Dr. Krishnendu Chaudhury’s deep expertise in AI, neural networks and computer vision, to help drive Drishti’s awareness, sales and growth.

“Prasad, Krishnendu and the Drishti team have developed an entirely new solution category, and this represents a turning point for the manufacturing industry,” said Jackson. “The opportunity to lead a company that is the first of its kind, and is already deploying a new but proven technology at scale with some of the world’s largest manufacturers, doesn’t come around often. I’m delighted to be a part of this company’s very positive future.”

Drishti has also named Joseph Cowan to its board of directors. Cowan is a five-time CEO, including at Epicor and Manugistics. Joe’s operating experience accelerating enterprise growth and significant background selling enterprise software to manufacturers will be invaluable at Drishti.

“Building a new company, let alone creating a whole new category, is no easy feat,” said Cowan. “What Dr. Akella and team have accomplished to date is proof that Drishti is the next big thing in manufacturing.”

ZeroBounce Announces Relaunch of Its Platform With Faster,…