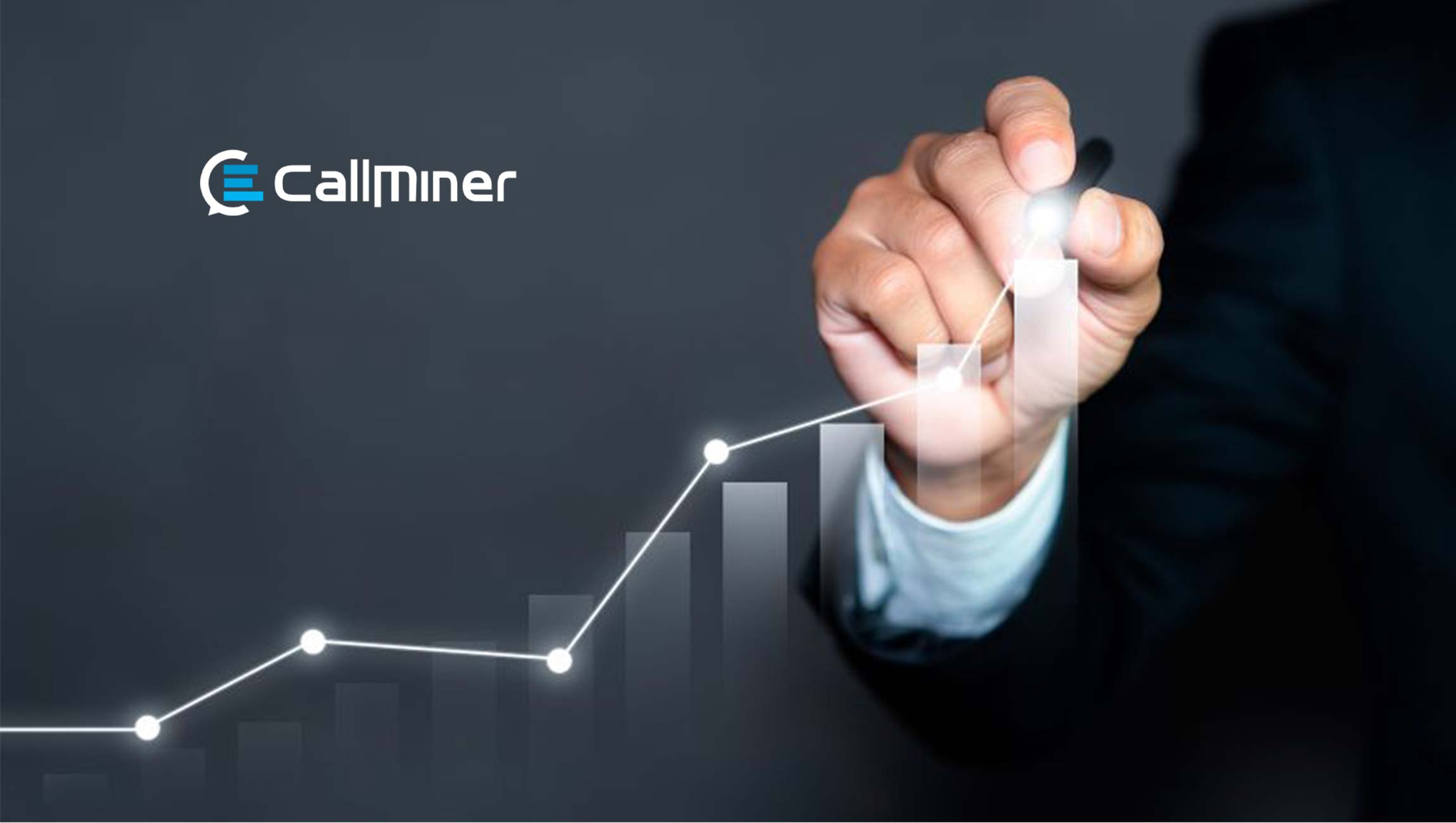 New customers, funding and top customer satisfaction set the stage for another decade of growth, innovation and market leadership

CallMiner, the leading provider of artificial intelligence (AI)-fueled speech and customer interaction analytics, has recorded another strong year of growth amidst growing demand for its technology worldwide. In the fiscal year ending Dec. 31, 2019, the company closed a $75 million investment from Goldman Sachs, and reported a three-year compound annual growth rate (CAGR) of 30%.

CallMiner increased penetration in several key verticals, including insurance, healthcare, transportation and business process outsourcing, and continued to expand its customer base in EMEA and APAC. Supported by strong return on investment and measurable results, CallMiner earned a net promoter score (NPS) of 64 in its annual customer satisfaction survey — twice the industry average for software companies and a fourth consecutive year of NPS improvement. The company also increased attendance at its annual LISTEN conference by 40%, further exhibiting its high level of engagement and satisfaction among customers.

“The market sees a vast opportunity to transform business operations and performance with intelligence from customer interactions,” said Paul Bernard, president and CEO of CallMiner. “We mine a staggering two trillion words annually. The insights derived from this data enable our customers to grow, innovate and fundamentally change the way they operate for the better. We continue to see strong demand for our platform and intelligence – and expect that growth to continue well into the new decade.”

Every seven weeks, CallMiner analyzes a call from the equivalent of every household in the United States.

CallMiner expanded its team by 40% in 2019 and plans to add another 30% in headcount in 2020. The growth will complement recent funding, which will accelerate new business applications, channel partner integration and development, international expansion, and platform innovation and capabilities.