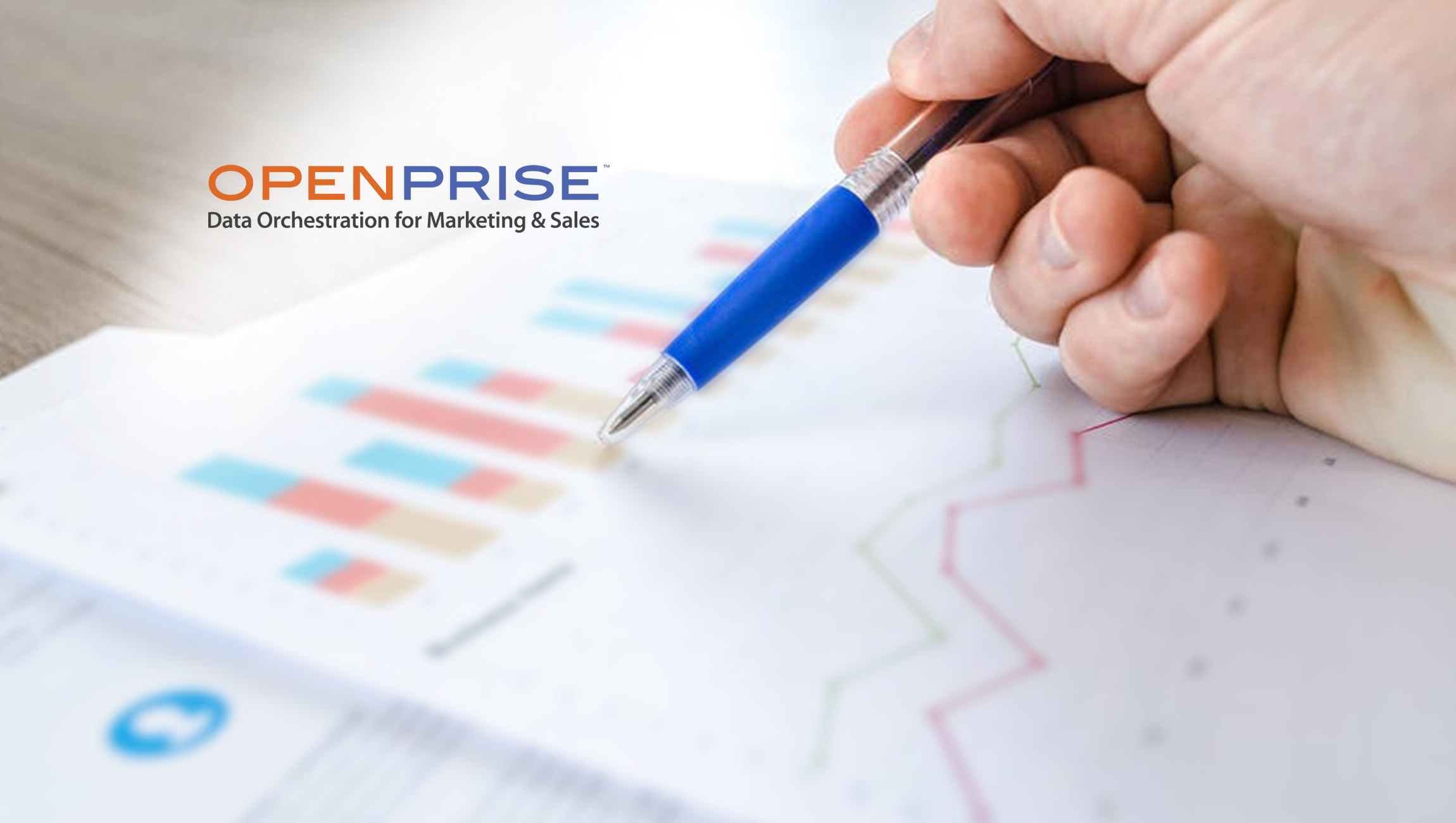 Openprise, the leader in data orchestration for marketing and sales, issued its 2018 Marketing Operations Benchmarketing Report. Openprise published the report after conducting a survey of 201 US-based marketing operations professionals. On a scale of 1 to 5, with five being best in class, the survey participants were asked to rate their companies on ten data management capabilities, ranging from Data Cleansing, Account Based Marketing (ABM), and Account Scoring, to GDPR.

Overall, the report reveals that marketing operations professionals feel only moderately proficient in most marketing data management processes, as they didn’t rate themselves higher than 3.9 out of five, with five being the best.

“We thought marketing operations professionals would score themselves significantly higher on some data management capabilities than others, so these results surprised us. The fact that marketers didn’t identify any strong suit tells us that they’ve got their work cut out for them, and it validates the need for a data orchestration platform that can get the job done consistently and automatically,” said Allen Pogorzelski, VP Marketing at Openprise.

ABM Has Come of Age 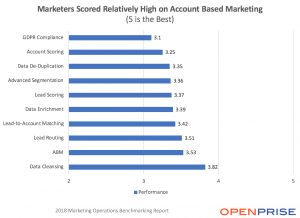 A surprise was that ABM claimed the second highest overall score across all ten data management capabilities, at 3.53 out of five, suggesting the coming of age of ABM programs. ABM has been the talk of the town for a few years, as its targeted approach has proven capable of delivering impressive ROI. According to the survey findings, marketers from medium-sized companies felt the best about their usage of ABM, as they scored a collective 3.73 out of five, with five being the best.

The poll indicates that marketers across all company sizes seem relatively confident in their ability to data cleanse (fix typos, capitalization, and other incorrect data), which is critical for success in a wide range of marketing processes including lead routing, lead scoring, segmentation, and attribution. On average, they rated themselves 3.82 out of 5, with five being the best, on data cleansing, which is higher than all the other capabilities the survey explored. 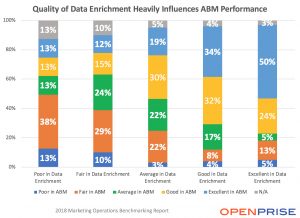 The report highlights that marketers still scoring only leads are behind the curve as 85% of the marketers surveyed scored leads and just as many scored accounts. That said, survey participants seem to feel slightly more confident about their lead scoring ability, which polled at 3.37 out of five, compared to 3.25 out of five, on account scoring.

Surprisingly, despite the fact that small companies with fewer than 250 employees are likely to have fewer leads and accounts to score, they rated themselves much lower on both, compared to enterprises with over 5,000 employees. One reason for this could be that lead and account scoring require the volume to adjust and improve, which gives large companies an advantage.