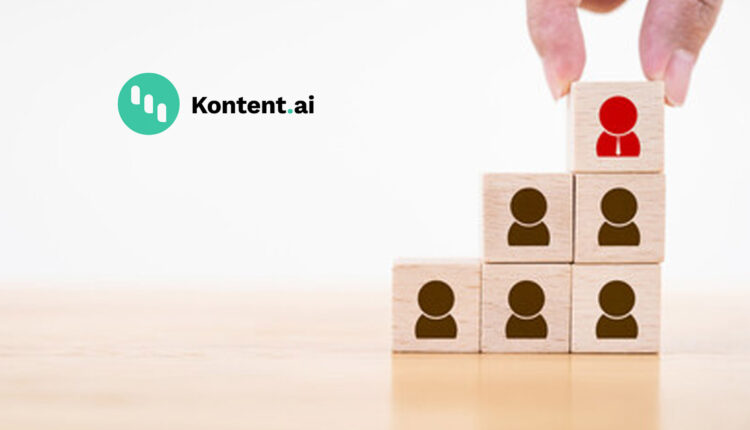 Today, Kontent.ai, an established global company with an award-winning modular content platform, shares big news—additions to the executive team, membership in the MACH Alliance, and the opening of new offices in New York City.

Kontent.ai, the vendor behind the leading modular content platform for global enterprise operations, today announced the appointment of two new senior executives: Olga Stuck has become COO of Kontent.ai, and Monte Wilson has been named Head of GTM Strategy and Field Operation. Together with joining the MACH Alliance and opening new offices in New York City, these additions to the executive team are the latest step the company has taken to support its global expansion and deliver more value to customers.

Kontent.ai prepares to enter its next phase of growth with two key hires

“My mission is to help Kontent.ai scale and bring the organization to a new level while preserving our unique culture, relationships, and DEI at the center of what we do,” said Olga Stuck, Kontent.ai’s new COO. With more than 20 years of experience in organizational development, Olga has guided companies like Moravia IT and RWS Moravia through organic growth as well as acquisitions, scaling from 500 to 3,000 employees in 23 locations.

Monte Wilson, the other recently appointed executive, joins Kontent.ai to fuel its growth, developing innovative go-to-market plans and efficient sales and operational structures. “Martech is a highly competitive business segment, so it is vital that you have the right product, the right team of highly talented individuals, and be with the right ecosystem of partners. Kontent.ai is perfectly positioned for high growth, especially since composable, headless technologies are really taking off in the market. We have unique advantages that I’m certain will allow us to quickly separate from the pack and help customers realize the potential of this new space. The talent in this team and the capabilities of the product speak for themselves, and I’m honored to be a part of the Kontent.ai team,” noted Monte, who has successfully completed builds, turnarounds, and rebuilds of organizations for companies like Sitecore, Oracle, and Adobe.

Kontent.ai joins the MACH Alliance to deepen cooperation with other vendors and empower large organizations

These critical executive appointments will serve Kontent.ai during a time of major growth and change. Recently, they announced $40 million in growth capital from investment firm Expedition Growth Capital as well as membership in the prestigious MACH Alliance, a group of more than 70 independent technology companies advocating for open, best-of-breed technology ecosystems. A MACH architecture, which stands for Microservices, API-first, Cloud-native SaaS, and Headless, empowers organizations to adapt to customers’ changing behaviors and deliver results.

A true cloud-native service since its inception, Kontent.ai meets the Alliance’s stringent certification standards, with its membership serving as strong validation of the platform’s impact and future vision. Becoming a member of the MACH Alliance will also allow Kontent.ai to deepen technology cooperation with other MACH vendors and deliver even more value to customers.

“Joining the MACH Alliance, Kontent.ai is pleased to shine a light on our long-standing dedication to MACH technology principles. Our customers’ measurable success with our modular content platform is evidence of the transformative power of MACH, not only for engineering teams but also for global content teams,” said Bart Omlo, CEO of Kontent.ai.

Expanding Kontent.ai’s global footprint with an office in NYC

As the demand for Kontent.ai’s services rises, the company decided to open another office in the U.S. to locally support its growing customer base. Located in the Chrysler Building in New York City, the space will serve as the main hub for all U.S. operations, enabling professionals at Kontent.ai to help U.S.-based clients reach their ambitious goals. After the successful New York session of the Kontent.ai Horizons conference in November, the team believes that their presence in NYC will give them a great platform to establish even stronger and closer relationships with customers and partners.

The globally distributed team continues to work from many different locations around the globe, including Kontent.ai’s offices in London, Amsterdam, Brno, Olomouc, Sydney, and, previously, Bedford, New Hampshire. On its mission to help people tell stories that change the world, the company is rapidly growing with new hires across engineering, sales, customer success, and other departments.

Akia Raises $6 Million in Series A Funding to Scale…

DemandBridge Partners With SAGE for Latest Integration in DB…