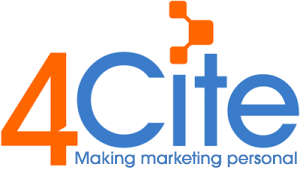 “This information is collected without permission and is used for ad re-targeting, which is how ads follow people around the Internet. The new Intelligent Tracking Prevention feature detects and eliminates cookies and other data used for this cross-site tracking, which means it helps keep a person’s browsing private. The feature does not block ads or interfere with legitimate tracking on the sites that people actually click on and visit.” – Apple Company Statement

There’s been controversy about privacy issues related to third-party cookies for years, and the big browsers (Chrome, IE, Firefox) have taken steps to limit them. But to date, techniques to skirt cookie blocking have largely thwarted predictions for the third-party cookie’s demise. But things are changing.

Apple, whose browser market share is rapidly growing, is getting serious about third-party cookie blocking.  Their recently announced Intelligent Tracking Prevention (ITP) will take place not only on desktops, but on mobile too – where Safari holds nearly 50 percent of the browser market share in North America. All third-party tracking data is to be proactively removed after a 24-hour period, leaving only data from the sites a user has directly interacted with (i.e. first-party cookies). When this happens, ad companies will no longer be able to effectively track your interests as you browse the web.

This is striking a major nerve, with some of the biggest advertising organizations claiming Apple will “sabotage” the current economic model of the internet. The digital ad world has a lot to lose, with 2017 digital ad spending in the US expected to exceed $80 billion.  But Apple is undeterred.  Love it or hate it, Apple wants to help consumers keep their browsing data private.

The ad industry is already under scrutiny, with targeting inaccuracies and performance measurement problems causing retailers to question the effectiveness of their ad spends, and this will only make matters worse. From an open letter to Apple from six advertising trade groups: “Blocking cookies in this manner will drive a wedge between brands and their customers, and it will make advertising more generic and less timely and useful.”

So when the third-party cookie crumbles, what’s a retailer to do?

Instead of driving a wedge between brands and their consumers, focusing here will make the retailer-consumer relationship stronger. People-based marketing links online shopping data to people rather than browsers and devices. Sometimes called cross device marketing, it enables consistent communication with consumers across multiple devices instead of the choppy, “50 first dates syndrome” that often happens when a shopper on a PC isn’t recognized as the same shopper on a phone or other device. At its heart is technology that identifies shoppers when they come to your website, regardless of device, and links them to a persistent identifier where website and email activity is tracked.

This lets retailers concentrate on engaging with individual consumers to create the kinds of positive experiences that lead to brand loyalty, and ultimately, a higher return on marketing investment. It lets them take into account where each customer is in the customer journey and communicate accordingly (still getting ads for that treadmill you bought six months ago? This won’t happen.) It also supports multiple channels including email, social media, apps, print and real-time communication directly on your website.  In addition, it optimizes ad spending on Facebook and Google.

One of the major complaints of the ad industry regarding Apple’s ITP is that it gives an unfair advantage to Facebook and Google. The 24-hour purge won’t have the same effect on them because users often stay logged on.  But for users who don’t stay logged on, ITP will cause problems. For example, it will disable Facebook’s social plugins, which it uses to track people’s browsing across the web. Even without any new limitations, know that audiences determined with first-party data are much more effective than the audiences these platforms can determine for you. Ideally, you should send them audience data that is dynamically updated in real-time based upon each individual’s up-to-the-second interactions with your brand. For example, if Jane Doe visits your website and was a consistent purchaser in the past but is now inactive, you can switch her to an audience for which you have a higher bid.

Winter is coming for the third-party cookie.  It’s time to prepare.

4Cite is the first and only full-service, Real-Time Interaction Management services provider that uses both a cooperative data network and a multi-channel interaction hub to influence purchasing activity and optimize conversion rates.