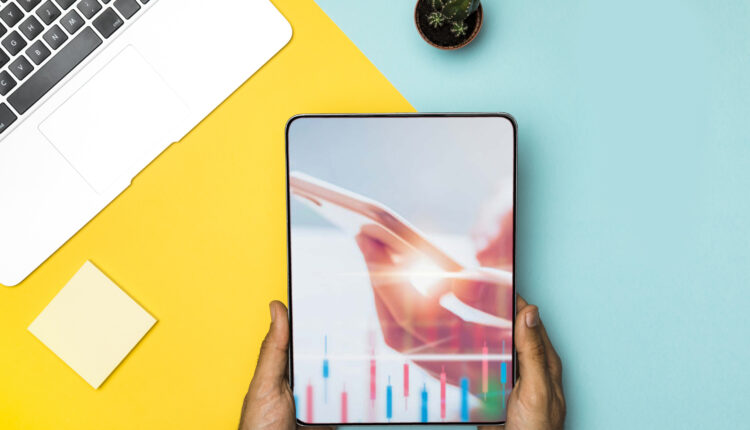 2020 was supposed to be a transformational year for the mobile advertising industry. While it did indeed end up being transformational, it was in ways no one wholly expected as the pandemic changed everything – including media habits. 2021 again purports to be transformational but this time Apple’s rollout of its IDFA changes (which ended up being delayed last year) coupled with other data privacy trends will likely be the forces driving change across the mobile landscape.

With over 720 million users, it’s safe to say that when Apple sneezes the world of mobile advertising catches a cold. So, when Apple announced their plan to remove a key mobile identifier for advertising (the IDFA), the initial reaction from mobile advertisers, app developers and tech providers ran the gamut – from concern and panic to resignation and cautious optimism. Some were embracing it. Some were clearly not. Their decision to pause the implementation until later in Q1 2021 allowed brands and technology companies a chance to catch their breath.

Also Read: ABM is Bridging the Gap Between Marketing and Sales in the Public Sector

Government led privacy regulation and technology changes are clearly transforming the way identity works and should be a dominant feature of the 2021 mobile advertising landscape. Yet, given the extra time companies received with which to deal with Apple’s new IDFA changes suggests that privacy regulation – in whatever form it ultimately takes – won’t negatively impact the market quite as much as previously feared.

“ We have to work with it. You can’t say advertising is over because we have so many new and innovative ways to work with it so we just need to adapt and open our minds to more aggregated audiences and less granularity, says Claire Rozain, User Acquisition Manager, Product Madness. ”At the end of the day we will still have revenue, we will still have users and we may have some unique opportunities, as well.”

One of the bigger issues around Apple’s IDFA changes is that there still seems to be a fair amount of confusion around many core elements of the company’s rollout and exactly what will happen when it eventually does.

“On the one hand, Apple has been very specific about their intent to protect user privacy, which is a good thing and a much-needed change for the industry to reach new levels of growth. On the other hand, it’s been very fluid since Apple made their heavy-handed announcement,” says Garrett MacDonald, EVP, Sales, Kochava . “Apple announced they are delaying some components of ATT enforcement until early 2021. There are significant limitations in the options Apple made available for marketers today, and there is still a lack of clarity with how marketers can get to the bottom of things like reach and frequency across multi-channel campaigns. without deterministic targeting and attribution on the vast majority of their campaign spends.”

Apple has tried to toe a narrow line thus far by allowing users the option to opt into IDFA tracking. This adds up to an attempt at pleasing privacy advocates while offering a life line to certain mobile advertising companies. It’s hardy certain that this will even end up a viable alternative, though.

“My personal opinion is that it is not a viable alternative,” says MacDonald. “First, the IDFA opt-in does not support GDPR or CCPA consent requirements. So there has to be some other way that an app developer or app publisher can communicate the value exchange to their end users, which effectively requires them to ask their customer twice if they’d like to opt-in to interest-based advertising.”

This action potentially introduces more friction into the user experience by re-prompting for proper GDPR/CCPA consent and then deep linking that user into the app permissions. It seems inevitable that this two-step, double opt-in will have a negative impact on the virtuous cycle between Publishers, Consumers, and Marketers. Nor is Apple’s SKAdNetwork in its current form sufficient as a standalone solution on iOS for advertisers who are orchestrating multi-channel campaigns. Some question the level of thought that went into it and whether it even supports OpenRTB protocols.

“I’m not sure there are any companies that get a life line in this,” adds MacDonald. “I think we’re all in the same boat – there are no winners – except Apple with its continued use of the IDFA.”

Also Read: Events Horizon: What Virtual Events Will Look Like in 2021

That said, many companies have used the stay of Apple’s rollout to completely rethink their advertising strategies or to come up with new methods to aggregate users that eliminate the unique identifiers that trouble privacy advocates but still allow for the exploitation of useful ad data. Some brands are even looking backwards, in a sense, to move forward.

“We’re going to see more and more brands move towards the influencer space,” says Olivia Smith, Director of Marketplace & Operations @ Nike Valiant Labs. “This has been happening forever but we’re now going to see brands you wouldn’t normally associate with influencers – like banking and financial apps – move into the space. All in all we’re going to see an even greater shift towards the social experience side. It’s going to continue to grow and people are going to start thinking of that as the golden star. It’s all about how you can best diversify your ad stack and your reach.”

Smith also suggests that we’ll see a lot more brand partnerships that try to utilize each others existing audiences for user acquisition. She also thinks big brands like EA or top fashion brands that already have significant relationships with big influencers will likely start to go after the micro-influencers to extend and reach new audiences.

Regardless of which direction the market ultimately moves many experts agree that the one piece of the puzzle that’s definitely going to be impacted is the retention and re-engagement piece. Just how much remains an open question.

“The advertising part is either going to go away completely for some brands or be heavily impacted by this IDFA component,” says Smith. “As a result we’ll see more app engagement from the lifecycle side. It’s an opportunity for people to work really closely together to develop really intuitive strategies for the customer base. The dormant app user will be a bigger focus in terms of warming them up through the app. There will be a bigger focus on the actual app community versus how do we serve them with an ad. “

Yet, because Apple has delayed the rollout of the opt-in to share the IDFA technology companies focused on retention and re-engagement are rapidly developing and evolving solutions to adjust to the new rules. As companies gain a better handle on the new IDFA world, integration with attribution companies capable of using the signals that are provided and analysing data will find workarounds and, likely, novel solutions.

“With this delayed rollout, some ad tech companies will breathe a sigh of relief and do nothing, some will A/B test like crazy, and the balance of companies will not accept or adopt the limitations of these solutions and will try to out-innovate their peers,” says MacDonald suggesting that companies – including his own, Kochava – need to keep on “innovating and developing solutions to connect identity and addressability across supply and demand in a way that is compliant with both the spirit and the letter of the law.”

Indeed, innovation is already driving the next wave of attribution. Identity technologies and the need for these technologies has, perhaps, never been greater. The latest investment by Salesforce into Appsflyer offers a vision forward around the future of mobile advertising and tracking. Expect innovative alternatives to come to market and continue apace as brands and platforms navigate this revamped and growing mobile ecosystem.

Apple’s decision to eliminate IDFA with the launch of iOS 14 has certainly forced the industry to do some serious soul searching and naturally led to a scramble for new solutions. But, it doesn’t mean the end of effective advertising on mobile. It just means that advertisers and tech companies will have to rethink what it means to provide relevant ads to users and how they do it. The IDFA for Apple was one tool – albeit a highly effective one – but their decision should spur the industry forward to develop new and varied solutions and ways to reimagine the advertising landscape. That, ultimately, will be a good thing.

New Frost & Sullivan Whitepaper Outlines the ROI of an…

PropellerAds Announces the Inauguration of a New Office in…