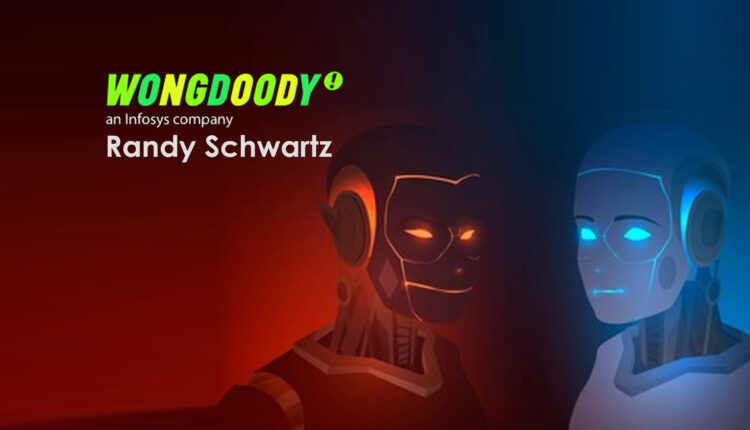 When done well, Customer Experience (CX) is the artful device that separates the businesses we love from the businesses we just casually date. Case in point? An experience I had that frames how we might consider, and appreciate, the virtues of CX.

Over the holidays I rented a sedan from a Hertz branch near the airport and during a rest stop four hours later, the anti-theft security was somehow triggered. The battery worked fine but the car was bricked. When I called Roadside Assistance for support, that team promptly called a tow truck to pick up the car, which I thought would be the end of the story, leaving me only wondering if the chargeback would graciously cover the full cost of rental.

Unfortunately, the local branch manager failed to scan the vehicle when it was returned to the branch lot and so the rental company believed the car was still in my possession. Four days later I began receiving automated phone calls from Hertz notifying me of my critically overdue rental, first pleading with me to return the vehicle, then threatening me lest they take recovery action at my expense and suspend my rental privileges. Two weeks later those automated calls had multiplied to three a day, while I was making five or six more in response, which left me no closer to any reasonable resolution. I feared for the late charges that continued to accrue, I was concerned this could affect my credit score, and I was even worried they could have me wrongfully arrested or sued.

Where was I? Soundly stuck between a rock and a hard place, as defined through the corporate systems and protocols that were fundamentally incapable of resolving my use case.

For example, Hertz’s Roadside Assistance team created a case number when they first called AAA to tow the vehicle, so that part of the organization immediately knew and agreed that the car was both towed and dropped off at the branch. But the Customer Service department I had to work through couldn’t see that case number because they couldn’t gain access to those Roadside Service systems.

While Customer Service did agree to call AAA, and they were able to confirm the vehicle was back in the rental company’s possession, the Vehicle Department couldn’t see the initial case number created by Roadside Assistance, or the notes created by Customer Service. And to make everything even more farcical, these departments told me the only way they could reach the local branch was by calling them. On the same phone number that I’d been using.

Of course, everyone I spoke with conceded that the branch doesn’t pick up their phone (which is by design as a cost-out measure to push customers to self-serve on the website). So, it very quickly became my job to convince an $11B company that they were in fact in possession of the very car they were chasing me to return.

Weeks into this ordeal, there was no end in sight and only one thing was aggressively clear: their customer support ecosystem was bricked, very much like the car they rented to me.

Zendesk research tells us that 50 percent of customers would switch to a competitor after just one terrible experience, while in the case of more than one bad experience, that number balloons to 80 percent. We already knew that poor experience sends the customer walking, but if news reports are to be believed, customers have become stressed, angry, and emboldened by the Internet, by COVID, and by life. So, where we spend our discretionary income has become one of our last bastions of control.

Gartner goes a step further, advising how it’s not just about customer satisfaction, but even more so the customer effort. Ninety-six percent of customers with a high-effort service interaction will become disloyal compared to just nine percent who have a low-effort experience. And cost-to-serve is tied in as well: Low-effort experiences reduce costs by decreasing up to 40 percent of repeat calls, 50 percent of escalations and 54 percent of channel switching.

Through my ordeal, it took about 60 phone calls, another 12 emails or social media DMs, and nearly 10 hours of my personal time to reach resolution. But then even once they pledged to credit the full amount, they forgot to enact it! I got an email stating “After reviewing our records further, the credit was not issued as indicated in our previous correspondence. The credit of $128.79 has now been processed on your MasterCard”.

Of course, that $128.79 was just for the portion of the fee they charged at pickup, the charges for added insurance, and a toddler car seat. I had to continue to chase the upfront payment upon reservation, which was another $435 of my bill. I presume these errors were also by design because no consumer-facing company that’s worth $11B could be so inept … or could they? And BTW, does $563 sound right for a 52-hour rental?

There’s a famous Forrester report that revealed that 89 percent of companies intend to use CX as a competitive measure. Primarily because CX Management has become a horizontal capability that governs cross-functional teams — to not only deliver a central brand experience, but to improve satisfaction, loyalty, and advocacy. In practical terms, this means that the Chief Marketing Officer will now often report to the Chief Experience Officer (a job that didn’t exist five years ago). My experience, however, tells me we’re all in for a world of frustration, especially after last fall’s World Economic Forum where it was stated that 50 percent of employers plan to step up automation at their firms.

Automation doesn’t have to erode CX and satisfaction, but unless it’s done well, with exception planning in place to identify all the fringe-use cases and potential liabilities, it will do just that. The problem is that in the days of COVID, where every organization is hobbled with shifting cost structures, adopting new services and support requirements, and incurring compound revenue losses, automation is being used as a life raft. Which is to say, businesses are being forced to accelerate and compress their timelines for automation, so they’ll eagerly accept the downsides if this transition helps them get more right than wrong.

The reality is that yes, automation lowers the cost-to-serve, but when it fails, it completely hobbles CX. And if your business requires actual people to fill in the gaps amid your increasing automation, the business will inevitably fall apart for a significant swath of your customers. I can only hope that Hertz is aware of the root cause of my experience and that they understand why this happens within their practice. Though from my point of view, they’ve made a measured decision and concluded the business case simply didn’t justify the investment. That’s how businesses are run: very few will put their CX well above the balance sheet. But at some point, they’ve got to ask is it sustainable?

I haven’t decided where I stand on my relationship with Hertz. On one hand, the experience sapped my confidence that similar systemic breakdowns won’t plague my next rental. On the other hand, I understand how businesses are managed and know that my horrific experience will help line the shareholder’s pockets in a time when the company went from bankruptcy (shedding $17B in debt) to buybacks (worth $2B) in just six months. So, what’s the answer?
I buy their stock but never rent from them again. Or should I use my gains as a shareholder to subsidize future rental costs with Avis?

I’m still shaken up by what became a very scary experience, and I’m incredulous about the details of how it unfolded. But what I’ve learned, and won’t forget any time soon, is a feeling of helplessness, and how a disappointing customer experience can become downright existential when a company can only offer empathy in lieu of actual solutions.

Randy Schwartz is the Global Data Design Practice Lead at WONGDOODY, an award-winning creative agency and the global experience-and-design platform for Infosys.

LogiSense Advanced Usage and Data Transformation is now on…

Sinch Receives a Tier One Ranking in Rocco’s Latest Reports…