The population of Spain is 47 million.

The population of Argentina is 45 million.

The number of followers on FC Barcelona’s Instagram handle: 80 million and above. Interesting isn’t it!

It was a special Thanksgiving Sunday that we will remember for more than one sporting reason. First, 2019 Formula One (F1) season came to an end at Abu Dhabi with Brit Lewis Hamilton signing off the year with another win. And, second, the Spanish soccer giant, FC Barcelona had a ball yesterday, routing La Liga rivals Atlético de Madrid 1-0. With his late decisive goal, Argentine legend Lionel Andrés Messi stole the show. Both sports have their own legends and show stoppers, but not many know the real conductors playing the symphony orchestra from behind the curtains. The ones that design, plan, and execute Marketing, Advertising and Fan Engagement strategies across Omnichannel media are creating magic with fans and brand partners.

Rakuten is the global innovation and entertainment Media partner of FC Barcelona.

We are referring to Rakuten Arena’s recent work with FC Barcelona. If you are a Marketer struggling to impress your audience, here are some lessons you can learn from the Rakuten Arena team.

A website remains the most powerful audience engagement and retention platform for any business. FC Barcelona’s website is just as engaging as their classic soccer playing style. Every icon on the website is ethereal, personifying the club’s legendary motto – “Més que un club” (“More than a club”).

If you do a real anatomical research on FC Barcelona’s website, you would understand why a great content needs the best dynamic website theme. As a media partner and innovation leader, Rakuten Marketing team is constantly pushing the bar higher for fan engagement through website and mobile content.

The average page size for both version is between 5 and 6 MB, dominated by Images, Scripts, and XHRs.

FC Barcelona’s Android mobile version of the website is equally powerful. The scrolling and navigation are fluid and effortlessly sleek. The UI UX team has taken special effort to push content organically on the small screen, keeping dynamic content on the top, followed by News, and then fan engagement and collectible items for faster loading of the website.

For content-heavy websites, you can grab a lesson or two from Rakuten Arena’s efforts in keeping the site clean and trendy, without losing the touch on dynamic assets that engage fans beyond usual News, Blogs, and Archives. 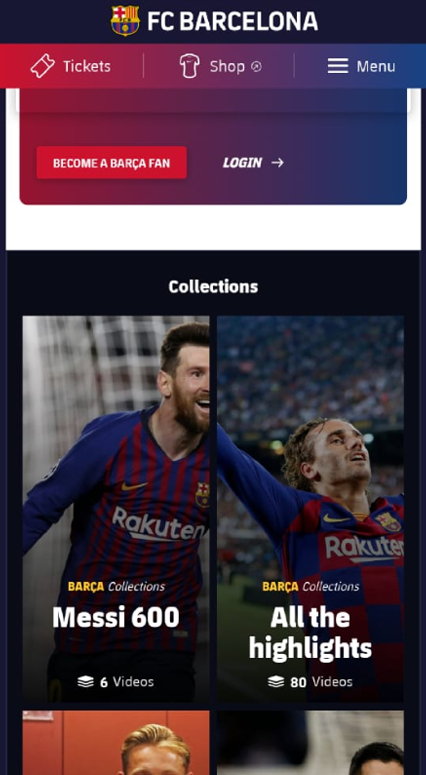 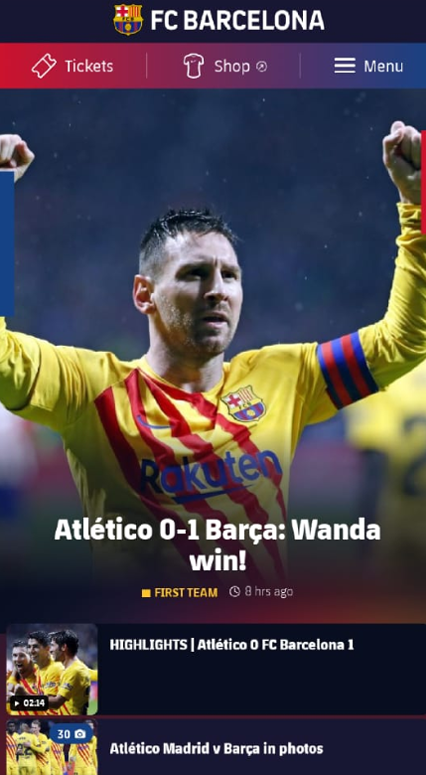 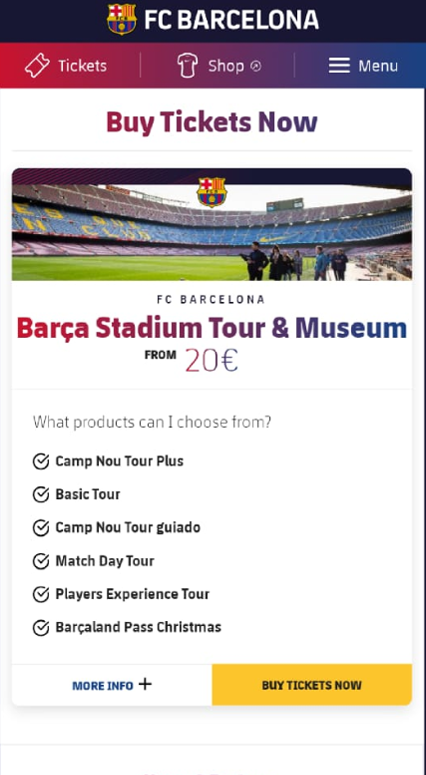 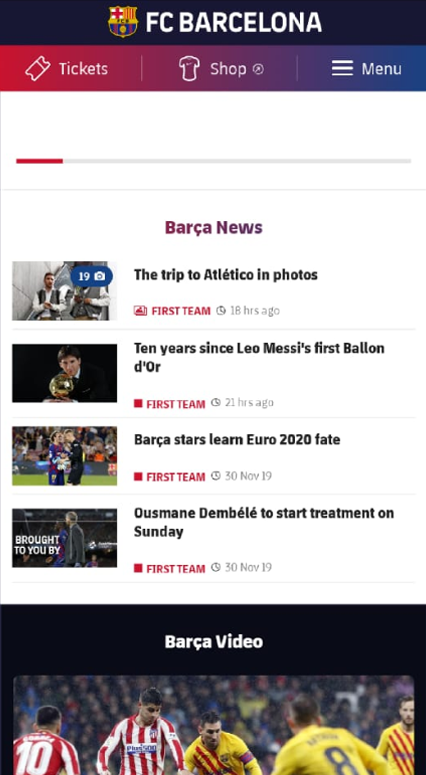 Instagram Followers: Raking a Million Views on a Match Day

On the match day yesterday, FC Barcelona’s paid promotion with Rakuten Arena garnered over 10 million views and over a million comments on Instagram. FC Barcelona enjoys over 80 million followers on their official handle. Most of them are driven through paid promotions, built using match moments, videos, and team building exercises on an off-day. Messi’s snapshots remain the most followed and commented asset for FCB Instagram.

Other FC Barcelona social media channels handled by Rakuten include

Rakuten Marketing strategy is to engage and convert every audience into a Barca fan, The newsletter theme does the job well.

The opt-in format of the email newsletter is non-intrusive and engaging. Not to forget how the email newsletter template matches the overall website UI UX and brand sentiments. The clear messaging and GDPR privacy benchmarks have been followed as per EU standards. In our GDPR features, we understood how difficult it is to meet GDPR data privacy standards and yet deliver a fluid and interactive customer experience across Omnichannel platforms. In this Email Newsletter subscription, Rakuten Marketing has shown how to do it effortlessly and professionally.

Matchday is a hair-raising tale of FCB’s on and off-field actions, narrated by John Malkovich. The series features “intimate insights into the lives of top players including Messi, Pique, Ter Stegen and Suarez.”

Marketers can learn lessons from the build-up campaigns and teasers released across social media channels, including on Twitter.

I'm not crying, you're crying 😭 relive every moment of the tumultuous last season in official @FCBarcelona series #Matchday. Watch for free from 29 November, only on Rakuten TV! Add to wishlist now ➡️ https://t.co/fmwDhfnOsZ #BarçaRakuten pic.twitter.com/udhTf3vOAT

TV is evolving with internet content. Sports, movies and web series are very popular content formats to engage the millennial audiences. FC Barcelona’s YouTube and TV subscribers are loyal. Largely because of the VOD experience created by Rakuten’s TV content and advertising team.

Rakuten TV is competing against other older VOD siblings such as Amazon Prime and Netflix. However, Rakuten TV’s sport catalog is created with fans in mind. The Video-On-Demand content is streamed from Rakuten’s headquarter in Barcelona. Currently, Rakuten’s VOD services are streamed on Rakuten TV and Rakuten Sports.

“Rakuten TV is showing the series in Europe and Japan free of charge, supported by advertising. Broadcasts will follow in the rest of Asia and the United States. “This series represents a new model for advertising-supported streaming that we are pioneering in Europe.”

Parallel to sporting updates, FC Barcelona also relies on Rakuten and partners to increase sales from tickets, museum visits, kits and offers on Black Friday merchandise. Fans can also win “2 tickets to Final 16 of the Champions League” through quiz and polling.

Gaming and Sports Could Inspire Many Marketing Stories

As we draw close to the end of a phenomenal year and decade, Marketers should realize that every brand partnership story can be a lesson in itself. This unique FC Barcelona- Rakuten story will definitely inspire modern marketers to take advantage of new communication channels, including TikTok and VOD.

(To participate in our Brand User Case Stories, please drop us a line at news@martechseries-67ee47.ingress-bonde.easywp.com)

Should Marketers Use Conversational AI to Enable Better Online Journeys?