Saluting A Few of the World’s Top Women Leaders, This Women’s Day! 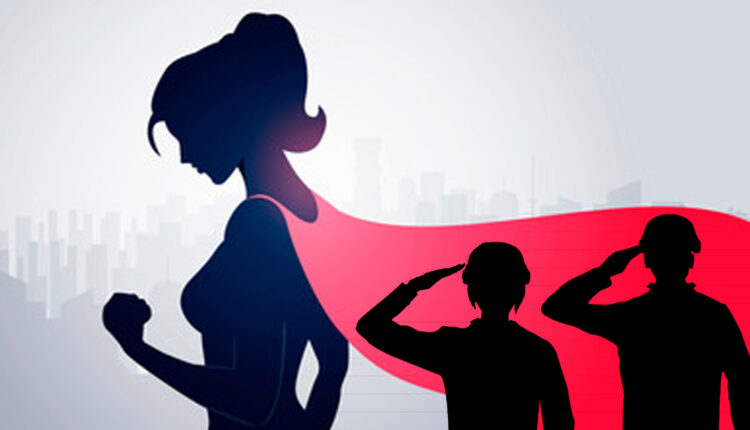 Seeing the inspiring stories of these women leaders, everyone can grab a few Marketing lessons or two, this Women’s Day!

Its women’s day – a day dedicated largely to celebrating the biggest achievements of women the world over while raising adequate awareness on core issues and challenges related to gender equality across sectors, globally.

But while the world uses the occasion to celebrate all the social, culture, political and culture achievements of women, we wanted to highlight a few women-from-the-top (past and present!) who deserve a special salute on a day like today!

Jacinda Kate Laurell Ardern a politician from New Zealand who serves as the 40th prime minister of New Zealand first began her career working as a researcher in the office of Prime Minister Helen Clark. In 2020, Jacinda was praised by the world media and local parties for her effective handling of the Covid-19 pandemic in the nation. New Zealand proved to be a success story more than once through the year in beating the pandemic and declaring itself disease free, even as outbreaks continued around the world, her strong leadership skills and the way she made headlines in 2018 when bringing her baby to the UN general assembly meeting go to show how no feat is too small or too large for women today.

Margaret Hilda Thatcher, Baroness Thatcher, a British politician and stateswoman who served as Prime Minister of the United Kingdom from 1979 to 1990 and Leader of the Conservative Party from 1975 to 1990 was the longest-serving British prime minister of the 20th century and the first woman to hold that office. She was dubbed as the ‘’iron lady’’ by a journalist due to her strong leadership and unwavering political style. She was known for her policies that helped fight high inflation and prevent an oncoming recession. Although she was considered a controversial figure in British politics, her neoliberal policies, talent and drive proved most of her critics wrong over the years. Margaret is still a story for most women in leadership positions to draw from.

Pakistani activist, Malala Yousafzai is known best for her fight to support female education, she is also the youngest Nobel Prize laureate. She created waves the world over for her constant commitment as a young girl to human rights advocacy, especially towards the education of women and children in Swat Valley in Khyber Pakhtunkhwa, northwest Pakistan, her native town. In October 2012, Malala and two other girls were shot in an assassination attempt because of her activism. She is now still a prominent activist for the right of women’s education. Malala is a beacon of light for the struggles that young women and girls still undergo in sensitive regions around the world, proving that to stand for something worthwhile, you have to hold onto courage and commitment.

Meryl Streep, an American actress who has had an extensive career in film, television, and stage made her debut in showbiz in 1975. She is often described as the best actress of her generation, but what sets her apart in an industry where glamour often takes centre stage and nullifies everything else is the fact that she is an international role model for women and girls everywhere and is known to support numerous charities. Most notably, she is the National Spokesperson for the National Woman’s History Museum.

American actress and filmmaker Angelina Jolie deserves a mention in this women’s day listicle for her extensive humanitarian work around the world. Although she’s been named Hollywood’s highest-paid actress several times, in addition to her acting career, she is known for the efforts and causes she supports including conservation, education, and women’s rights. She is most noted for her advocacy on behalf of refugees as a Special Envoy for the United Nations High Commissioner for Refugees (UNHCR). Being a public figure, sometimes supporting world causes are more crucial in order to get the desired attention to help further efforts to help world issues and to come close to a solution.

Leaders are those who change the world around them for the better. The world continues to see several women of mettle making waves and challenging norms. On this women’s day, let’s salute all of those who have made a mark in their chosen fields while ensuring they have created impact for the people and world around them.

Closer home, in the tech world, names like Ada Lovelace, Hertha Marks Ayrton deserve a special mention for performing unmatched feats that have set the pace for tech innovations through the years. It was Ada who recognised that machines can hold applications beyond pure calculation, and she was the one to have published the first algorithm – something today’s developers can’t imagine coding without.

The Best Ways to Push Better Sales and Marketing Outcomes in 2021? Be More Creative and Strategic. Catch more from these SalesStar Podcasts:

Looking to Raise Startup Investments in 2021?

Convenience, Preparation And The Outdoors: A Tale Of Three Different Months Of March…

Majority of U.S. Marketers Wanted to Resign During the…

Absolute Software Honored With 5-Star Rating In The 2021…