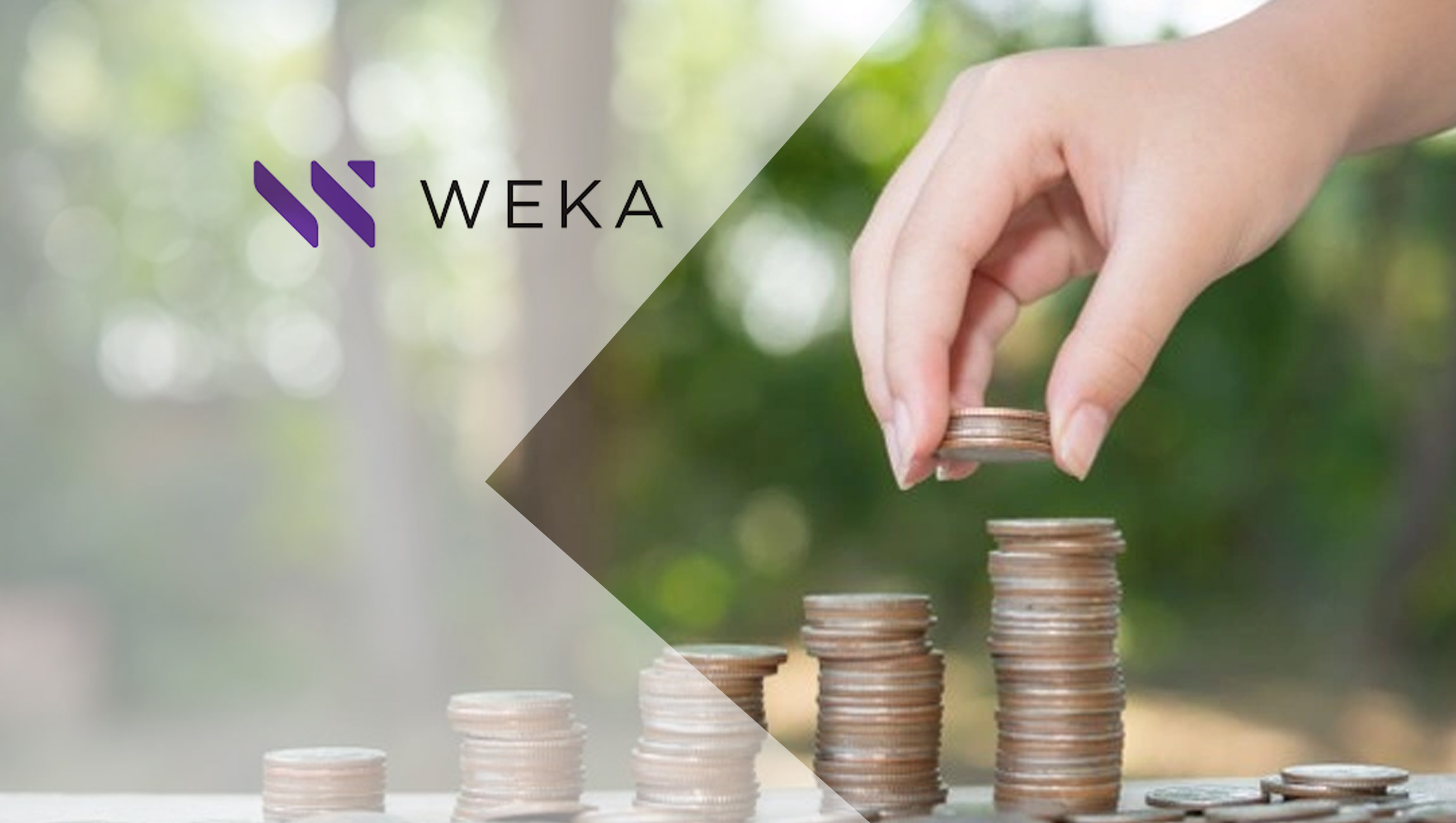 The new funding will enable the company’s continued investment in developing the WEKA® Data Platform to expand its features and cloud integrations, support new use cases, and accelerate the delivery of innovative solutions to its customers. It will also allow WEKA to reach profitability, fuel significant global expansion, and rapidly scale its cloud, customer success, sales, marketing, operations, and human resources teams.

“In 2013, WEKA set out with a bold vision to create a fundamentally new approach to managing and storing data that could power the possibilities of the future by eradicating the compromises of the past,” said Liran Zvibel, co-founder and CEO of WEKA. “This funding round represents a tremendous milestone in realizing that vision, and we are grateful to our new and existing investors for their support. The new capital will allow us to invest in our product and go to market, maintain hypergrowth, and give us the runway we need to become a profitable, independent company.”

Generation’s investment in WEKA is part of its Sustainable Solutions Fund IV, which conducts deep research into innovative ‘green data’ companies that are helping to address the rapid increases in energy consumption associated with the exponential growth of data and modern data management environments. Today, the world’s data centers are responsible for roughly two percent of its total energy consumption – equivalent to the energy use of the entire continent of Australia. By 2030, without intervention, they may account for eight percent or more, as next-generation workloads like artificial intelligence (AI), machine learning (ML), and high-performance computing (HPC) increase energy and resource demands.

“AI and machine learning applications fuel sustainable advancements like autonomous cars and intelligent manufacturing. However, these workloads demand massive volumes of data and computing power. Today, much of that power is wasted, sitting idle due to bottlenecks in the data pipeline,” said Dave Easton, a Growth Equity Partner at Generation Investment Management. “We believe WEKA is a leader in the growing green data movement, helping some of the world’s best companies drastically improve their performance while providing the potential to avoid millions of tons of carbon. The WEKA Data Platform enables 10-100x performance gains for AI/ML workloads so customers can get the most out of their data, whether operating on-premises, in the cloud, or hybrid and multicloud configurations.”

WEKA’s Series D capital raise comes hot on the heels of an unprecedented time of growth, gains, and expansion for the company. Last month, WEKA was recognized as a Visionary for a second year in the 2022 Gartner Magic Quadrant for Distributed Files Systems and Object Storage. In September, it closed a record third quarter that exceeded its entire fiscal year 2021, achieving:

“The volume and diversity of investors joining WEKA’s Series D round are impressive for a reason. The need to unleash the potential of next-generation workloads has never been greater,” said Jonathan Martin, president at WEKA. “WEKA is winning the trust of leading global enterprises and research organizations because our platform can solve their data challenges without trade-offs and be an impact accelerator for their creativity and vision.”

Usercentrics Study: 90% of All Apps Do Not Comply With the GDPR