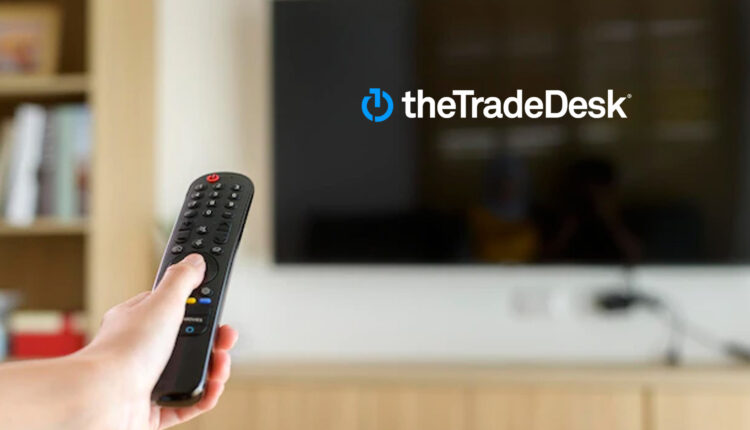 Over 70 percent of Canadians between the ages of 18 and 44 don’t currently subscribe to linear TV, have reduced services, or plan to cut the cord in the next year, indicating a major shift in viewing habits. The findings are based on new research conducted by global advertising technology leader The Trade Desk and YouGov. The recent survey of more than 1,000 Canadian adults highlights a move away from traditional linear television and toward Connected TV (CTV).

While watching on the big screen may still reign supreme, the wide variety of viewing options for CTV content contributes to the changing TV landscape in Canada. Based on the research, 73 percent of younger viewers (aged 18 to 29) are enjoying TV content on their phones and 66 percent on their laptops. Additionally, all age demographics are very social during their time watching TV, with 63 percent of viewers using a second device for online shopping, playing games, reading the news, using social media, or texting while they stream.

At the same time, viewers are conscious of subscription costs. In Canada, 40 percent of TV viewers are willing to spend in total between CA$10 and CA$30 per month on streaming. This cap on spending presents an opportunity for content providers that offer an ad-funded tier. In fact, almost half — 48 percent — of all Canadian TV viewers are open to ad-supported streaming options in exchange for lower subscription fees.

“We’re experiencing a once-in-a-generation shift in how we watch television, and Connected TV is unlocking more ways for consumers to have the best possible viewing experience,” said Tim Sims, Chief Revenue Officer at The Trade Desk. “This presents advertisers with a massive opportunity to break away from the traditional advertising norms and reach consumers through an omnichannel marketing approach that applies data to their TV advertising campaigns.”

The research also shows that while almost half of Canadian viewers don’t want to see the same ad repeatedly, 87 percent prefer targeted ads, and 89 percent prefer short ads. Viewers, especially those in the 18 to 29 age range, have an interest in more interactive ads that allow for easy product purchases after seeing the ad. Overall, 3 in 10 Canadians would prefer shoppable or interactive ads.

Of the viewers who have chosen not to cut their cable subscriptions, nearly half — 73 percent — say the primary reason to keep cable TV is to watch live TV content, specifically news and sports. But that is gradually shifting as more sports move to streaming platforms. In fact, 31 percent of Canadians are primarily watching sports through nontraditional means, such as streaming apps. This is in line with a global shift that’s underway, according to prior research from The Trade Desk: 26 percent of TV viewers in the U.K., 22 percent in Germany, and 21 percent in the U.S. cited streaming as their primary method of watching sports.