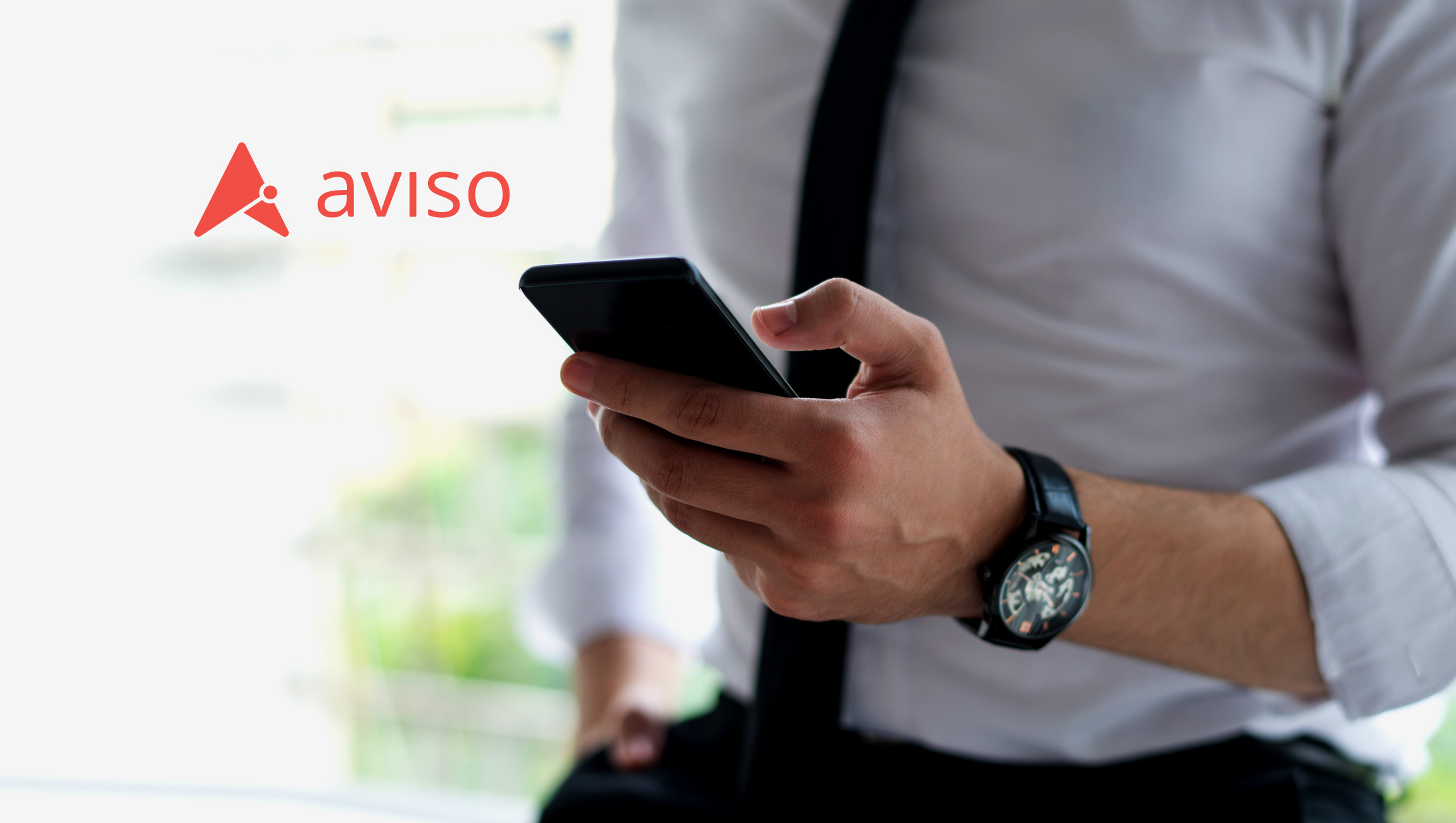 Aviso, the pioneer in AI-powered guided selling, announced reaching a slew of corporate milestones in Q3 2019. These include further customer momentum building on recent funding by Storm Ventures, winning recognition as a major category leader, making key new executive hires, and expanding both in the US and internationally.

Aviso’s headcount has increased by 30% under new CEO Trevor Templar, and revenues are up over 100% year on year. The company expanded with both new and existing clients in Q3, including major Fortune 500 corporations such as Honeywell and MongoDB.

Marketing Technology News: The New Pegasus Poised to be the Leading Provider of Distribution and E-commerce Services to the Worldwide Hotel Industry

Aviso also won recognition as an industry leader for the third year running in G2 Crowd’s annual tech-sector power ranking. The tech marketplace praised Aviso for its reach and its consistently high customer satisfaction scores, with more than 9 out of 10 users giving the platform 4- or 5-star ratings. More than four-fifths of users now say they’d recommend the platform, with new customers winning 20 percent more deals on average after switching to Aviso. Aviso was also previously recognized by G2 Crowd as a Top 50 sales tool in 2019.

To build on that momentum, Aviso is growing its India-based engineering team, adding key executive hires including Manjunath Kashi as India CTO and Venkatesh Tekumala as India VP of Engineering. Kashi was Senior Director at VMWare and brings more than 30 years experience with leading technology companies including Cisco, IBM, and Unisys, while Tekumala brings more than a decade’s experience in software development and engineering, most recently as Assistant Vice President of Delivery at ProKarma.

To facilitate Aviso’s rapid expansion, the company has secured new office spaces in Hyderabad and Bangalore, and is hiring new product development talents at both locations. The company’s flagship India office in Hyderabad will relocate to a larger location in the Hyderabad Information Technology and Engineering Consultancy (HITEC) city complex, giving the company a footprint in the heart of the city’s vibrant high-tech business ecosystem. Aviso is also setting up a new office in Bangalore, the “Silicon Valley of India” to expand its product and go-to-market teams.

Investing in India is part of Aviso’s broader strategy to deliver consistent growth in future quarters, Templar explains. “This is just the beginning,” he says. “In my first 100 days as CEO, I’ve heard loud and clear from analysts and global CXOs who know that CRM is choking sales performance, and who are excited about the transformative potential of guidance AI. As an industry we need to rise up to this challenge. I’ve been laying the groundwork with our #noCRM philosophy and our global expansion, and in the months to come we’ll remain laser focused on delivering results for our users around the world.”

To TikTok or Not to TikTok, That Is the Question

“It’s Beginning to Look a Lot like a Sustainable Second-Hand Christmas,” Says B-Stock

Cisco Appoints Marianna Tessel To Its Board Of Directors

Vrity, The New Brand Measurement Company For The Values…

Spotify Announces Addition to Board of Directors