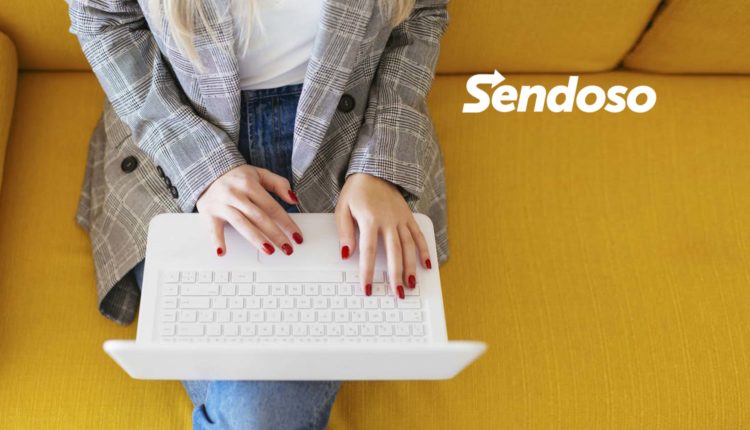 Sendoso, the leading Sending Platform that helps companies stand out by giving them new ways to engage with customers throughout the buyer’s journey, recently unveiled Address Confirmation and Sendoso Choice; two recently launched Sending Platform features that enable revenue-driving teams to reach their customers anywhere they are, while supporting small businesses everywhere. Since March of this year, Sendoso has contributed nearly half a million to restaurants and small businesses via Sendoso Direct and Sendoso Choice, while donations via Sendoso Charity Choice eGifts have totaled $60,000 to-date.

“In this new world we live in, where human contact is limited, we knew it was going to become even more difficult for companies to connect and engage with customers who are no longer in the office or attending events. That’s why we reprioritized our roadmap to deliver our new Address Confirmation feature two months earlier than we had planned,” said Kris Rudeegraap, Sendoso CEO and Co-Founder.

“One of the amazing outcomes we’ve seen more recently is that through our customers’ sends, we’ve been able to give back to our local and small businesses in a major way. Since the beginning of March, we’ve seen a major uptick in two key areas: items from local merchants and eGifts like UberEats, CharityChoice and Grubhub—totaling in almost half a million that’s gone directly to these businesses.”

Revenue-driving teams are under more pressure than ever to deliver results from their demand generation, account-based marketing/sales, and customer success campaigns, with less. When budgets are constrained, channels are limited, and in-person engagements are nonexistent, it’s imperative teams focus on winning strategies. Sendoso is the proven Sending Platform to drive pipeline and revenue with direct mail, eGifts, and branded swag. In fact, a publicly-traded enterprise software company built $100M in the pipeline and recognized $30M in revenue from just one Sendoso campaign.

“We needed a way to incorporate physical engagements while business travel is stalled and everyone’s working remotely. By using Sendoso’s Address Confirmation feature, we generated an 84% response rate while ensuring our prospects receive packages wherever they’re currently working,” said Mike Phillippi, Head of Marketing at Snapdocs. “The Address Confirmation feature has been very successful, and we’re planning on creating even more physical engagements throughout the prospect and customer lifecycle in the months to come.”

Sendoso’s Address Confirmation feature enables teams to create impactful in-person experiences wherever their prospects and customers are working by having recipients confirm their address before items are shipped from the Sendoso warehouse, merchant network, or Amazon. Address Confirmation ensures teams are confident their sends will land in the hands of their recipients through requests the recipient confirms or change the address to wherever they currently are. Additionally, teams can automatically cancel the send if no action is taken to conserve tight budgets.

The Sendoso Choice feature allows teams to build closer connections by demonstrating they know what matters most to their prospects and customers. Sendoso Choice enables teams to personalize bundles of several eGifts from various categories that the recipient can choose from. Sales teams can send Sendoso Choice eGifts directly to prospects from the Sendoso app or Chrome extension, while marketing teams can automate sending via Marketo.

Additionally, Sendoso has empowered users with more offerings via Sendoso Charity Choice eGifts, which allows a recipient to apply the gifted amount to a charitable organization of their choosing. Sendoso Charity Choice eGifts partners include organizations caring for those impacted by COVID-19, such as American Red Cross, Meals on Wheels, and United Way. Over the past month, Sendoso has seen users donate $60,000 to charitable organizations.

Sendoso is the trusted Sending Platform for industry leaders like Adobe, Avalara, and Rapid7.