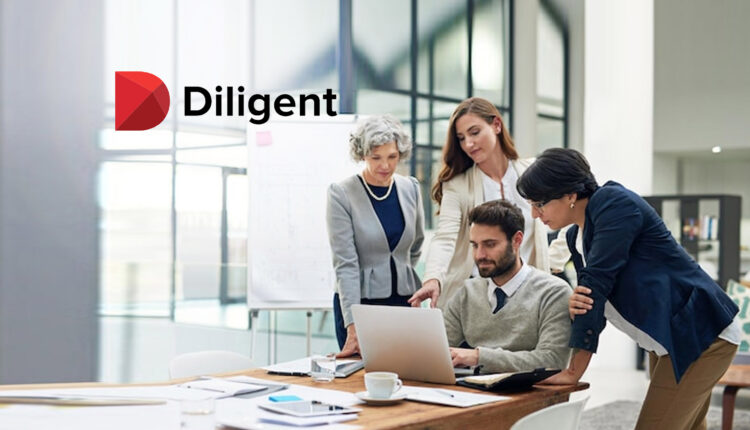 Inaugural report finds that gender is the only common diversity characteristic on boards around the world; Race, ethnicity, age and LGBTQ+ representation fall woefully behind

While progress has been made in driving gender diversity on corporate boards, there are still massive gaps in how diversity is defined and represented on boards around the world, according to Diligent, the global leader in modern governance providing SaaS solutions across governance, risk, compliance, audit and ESG. In fact, new research – revealed at the Modern Governance Summit today, September 12, 2022 – shows that boardroom diversity by race, ethnicity, age and LGBTQ+ representation lags significantly behind gender diversity globally.

The inaugural Board Diversity Gaps: The Global Modern Leadership Report is the first ever global analysis of several major dimensions of boardroom diversity including gender, race/ethnicity and nationality, skillset and LGBTQ+ representation. Produced by Diligent, in collaboration with 22 partnering organizations around the world, the report provides a first-of-its-kind holistic view into the progression of diversity and inclusion on public and private boards worldwide.

“Diversity has risen up the boardroom agenda as organizations face increasing pressure to better reflect the diversity of their customer bases and communities, but progress has been slow and there are still many gaps when it comes to reporting on race, ethnicity and LGBTQ+ representation on boards,” said Lisa Edwards, President and COO of Diligent and board director at Colgate-Palmolive. “This report provides new, critical insights into how boardrooms worldwide are progressing against diversity goals and where there is still much work to be done.”

Among the top findings of the Modern Leadership Report:

“The global picture of boardroom diversity today is varied and full of gaps, but what’s overwhelmingly clear is that gender diversity is the primary focus for boards around the world. Board diversity regarding race, ethnicity, age and LGBTQ+ representation fall woefully behind,” said Dottie Schindlinger, Executive Director of the Diligent Institute. “By better understanding the state of boardroom diversity across the globe, we’re able to increase the odds that corporate leadership opportunities will be made available to underrepresented groups.”

Like many organizations in recent years, Diligent has made concerted efforts to better understand and advocate for boardroom diversity. In 2020 Diligent launched Modern Leadership, an initiative to provide boards and senior leaders with the research, insights, partnerships and technology they need to further catalyze diversity in their organizations. This includes the Diligent Director Network — the largest and most diverse community of board-ready executives globally.