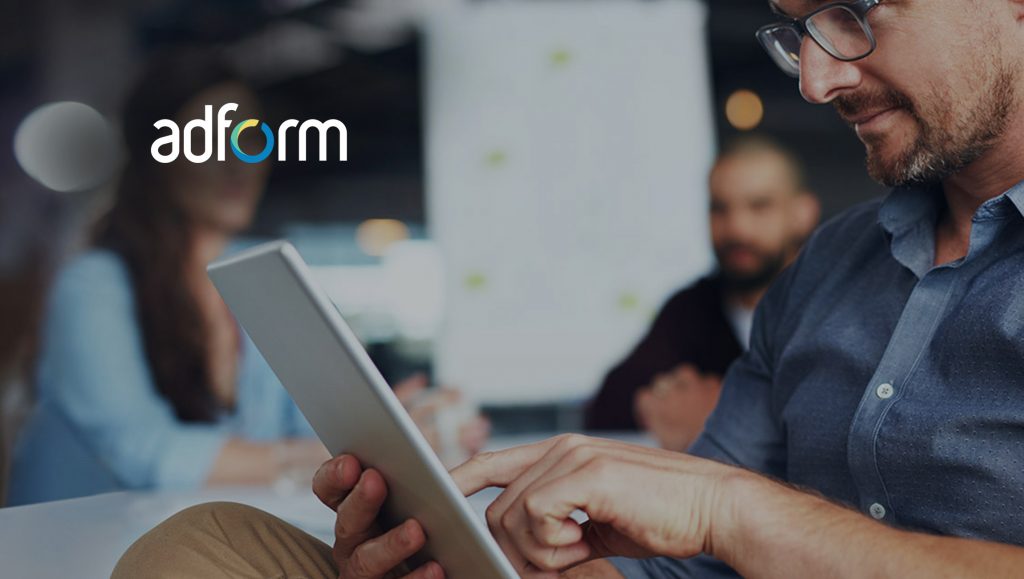 Adform, an Independent Adtech Platform Continues to See Double-Digit Yearly Growth as It Strengthens Its Position in the Market

Adform, a leading independent advertising technology platforms, has announced a promotion for Oliver Whitten in his role of Chief Operating Officer (COO). The company – which is one of the fastest developing independent adtech outfits – has enjoyed continued year-on-year growth with expansions into six new markets over the last three years and the establishment of an office in India, with further openings to be announced soon.

At the time of this announcement, Oliver Whitten, COO, Adform, commented, “Having led Adform’s global services, operations, and European sales over the past two years, I’m thrilled to lead Adform on the next stage of its journey with the support of this strong leadership team. With our business on a steep growth trajectory, we have exciting plans for global expansion to help support the increasing levels of client demand around the world.”

Whitten joined Adform from Rubicon Project along with Jay Stevens nearly two years ago, and while Stevens has left the company due to family commitments, Whitten will increase his responsibilities and influence in the company.

Serving as COO for Adform since 2016, Whitten’s remit included operations and European revenue; his role now expands to include global revenue, operations across Global Holding Groups, and marketing.

Adform has promoted several other staff members who have a wealth of experience across the technology sector.

Building on a strong track record as leader of Continental Europe and MENA, Holger Mews, who previously worked for Adobe and DoubleClick, steps up to oversee in-market revenue across all regions. As Chief Revenue Officer, Mews, who is based at the Hamburg office, will continue to report to Whitten, where he will develop sales and revenue strategy.

Based in the UK is ex-Google employee, Rick Jones, Senior Vice President, Nordics, and the UK, will expand his responsibilities to include Benelux.

Finally, Louise Kloster, who has over ten years of experience with Microsoft, has been promoted to VP Marketing. Kloster, who is based at Adform’s Copenhagen HQ, also reports directly to Whitten.

The adtech company has over 800 employees globally across 19 countries throughout Europe, North America, MENA, and APAC. It has enjoyed a 220 percent growth in employees in the last five years and has a 16-year track record of sustainable operations.

Jay Stevens commented, “When I joined the business it had already developed a strong foothold across much of Europe. Oli and I built on this to scale Adform’s offering globally into the strong and sustainable business it is today. While I’ve enjoyed my role at Adform, I have made a decision this is the right time to move on.”

Adform has reported strong growth figures and has opened offices in a number of key global markets, with more in the pipeline. Most recently, the adtech company opened its office in India to serve new clients in APAC.Adform has also seen a rise in clients requesting multiple products from their suite of applications.

42612
We store cookies on your computer to improve your experience and provide more personalized services, both on this website and on other sites. For more information about the cookies we use, see our Privacy Policy. We won't track your information when you visit our site. We will have to use at least one cookie to ensure that you won't have to make this choice again.AcceptPrivacy Policy