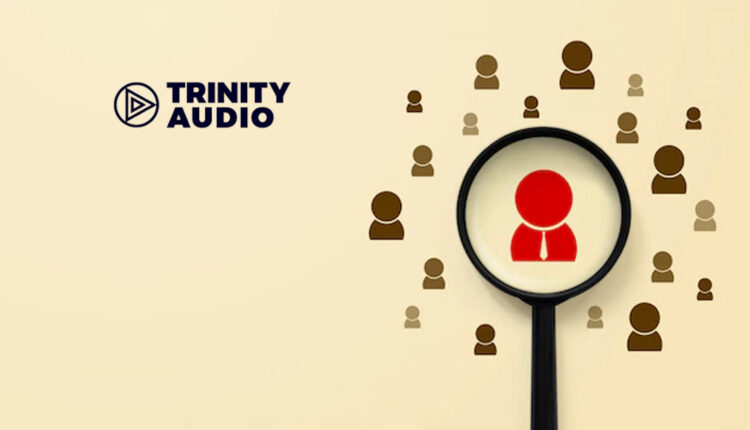 Trinity Audio, the only unified platform that advances content owners to strategically evolve to deliver audio experiences, announced Donald Buckley as the newest member of its Advisory Board.

“I’m happy to be joining the advisory board of Trinity Audio,” said Donald Buckley. “Especially at this early stage, where future growth is unlimited, opportunities are broad and numerous and the Trinity products could not be more timely. Ron Jaworski and his team have built a powerful suite of audio AI offerings  and it is going to be exciting to see, and help, the company grow.”

“From his groundbreaking work in Warner Bros. to advisory roles and a whole lot in between, having someone of Mr. Buckley’s stature is a huge honor and an incredible complement to our growing startup,” says Ron Jaworski, CEO of Trinity Audio. “We look forward to drawing on his extensive media and business experience as we continue to invest in our unified audio AI platform and further our mission to help every piece of original content reach as many people as possible.”

As a seasoned digital marketing executive and board member with more than two decades of experience in the entertainment, media, and technology industry, Mr. Buckley has worked on some of the most iconic brands such as the Harry Potter and The Dark Knight franchises, among others.

His extensive experience in strategy, operations, and marketing has earned him the place of strategic advisor to numerous organizations, helping them advance innovative breakthroughs in marketing, voice, and voice AI.

By joining Trinity Audio’s advisory board, Mr. Buckley will help guide the company’s strategy regarding new products and business initiatives.

Reducing the Wait for Digital Ad Payments, OAREX Processes More Than $1 Billion in…

While Definitions of Sovereign Cloud Vary, 43% Of…