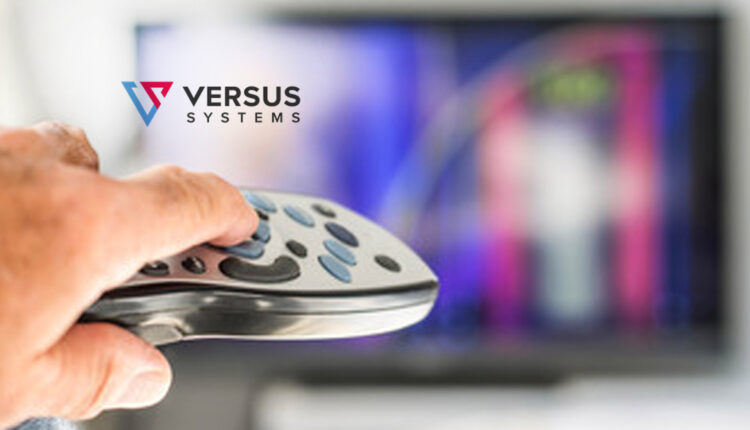 Versus to Enter a New, Critical Vertical, Launching Over-The-Top TV Products in Q4

Versus Systems Inc.  announced that it has signed its first contract in the Over-the-Top (“OTT”) streaming media and TV vertical – a significant milestone in the company’s history and a cornerstone in the company’s growth plan. Versus plans to bring its reward-based fan engagement technology to an OTT sports team-focused TV channel that is expected to launch in the fourth quarter of 2022.

This announcement marks Versus first long-term foray into television and streaming media. The multi-year agreement includes adding interactive and second-screen elements to shows and content connected to a new OTT channel that will launch in Q4 2022. More information will be available as the channel begins their official promotional push in the fall.

“Television is the future of Versus Systems. Over the next two years, beginning with this OTT partnership that will launch in Q4, we’re going to bring our patented fan engagement software to the multi-hundred billion dollar AVOD and SVOD television verticals. Sponsorships and advertising on streaming media is going to be more personalized, more contextual, and more rewarding than traditional linear broadcast TV ads could ever be” said Matthew Pierce, Founder and CEO of Versus Systems. “From Netflix’s recent partnership with Microsoft, from Disney’s upcoming AVOD service, to the Warner Bros-Discovery merger, and to the recent partnership between YouTube and Shopify – it’s clear that content creators and distributors are eager to find new ways to create innovative, rewarding connections between audiences, brands, and the content that they love. That’s where Versus is going to succeed. We’re bringing our best-in-class in-venue fan engagement platform to fans at home.”

The SIP Forum Announces Dates For The STIR/SHAKEN ENTERPRISE SUMMIT