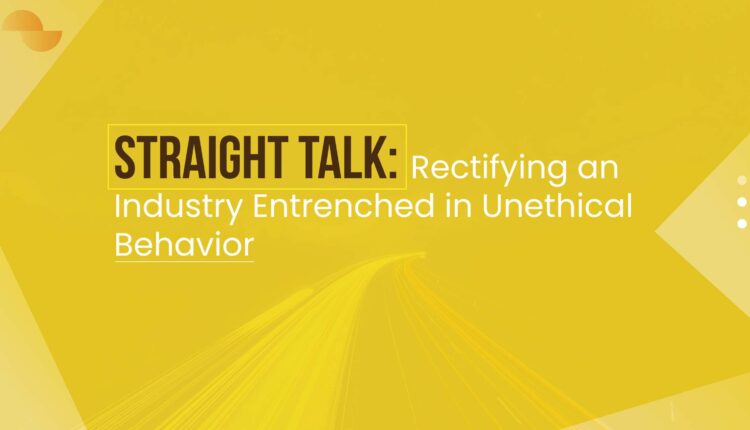 Every industry is plagued by unethical behavior. Adtech seems to suffer the most. Advertising technology or Adtech trend continues to evolve during the pandemic crisis. It’s no secret that convolution and an overall lack of transparency permeate every corner of the adtech Lunascape. Over the years, adtech has become an industry not only built on complexity but one that thrives on it. However the industry has reached a crossroads — deep-rooted issues around competition, ethics, and privacy are all coming to a head at the same time. Publishers whose primary revenue comes through programmatic advertising are being taken advantage of by an opaque supply chain, third-party cookies are set to be completely phased out by 2022 with no viable alternatives in sight, and the data privacy regulations underpinning all activity on the internet have yet to be rolled out nationwide, let alone in a standardized fashion.

It’s a lot to work out, and an overwhelming number of competing interests to manage through adtech trends. To be quite frank, there’s no perfect way to fix it, which leaves us with the question: how do we find a path forward?

In an industry as nuanced as adtech, we need to be methodical about dissolving the gray areas, equalizing the playing field, and incentivizing better behavior. Doing so will require a series of actions from vested players at each stage of the game.

Advertisers today are hemorrhaging money through the programmatic supply chain, and they don’t even realize it. Consider an advertiser who gives an agency $100k to spend on programmatic. Out of that $100k, 30% is automatically lost to the adtech tax, or fees paid to the agency and third-party vendors like ad servers, SSPs, exchanges, brand safety and viewability vendors, just to name a handful. With the remaining $70k, it’s understood that the agency spends the money on inventory alone — after all, that’s what is billed back to the advertiser. Unfortunately, that’s not the reality of the transaction. Instead, an additional 15% is unattributable; lost through fraud, exchange rate differences, and undisclosed fees and margins.

So while the advertiser handed the agency $100k, at most they’re seeing $59,500 of that value in publisher inventory. And so it goes — half the money advertisers spend on programmatic is wasted.

In any other industry, this would simply be unacceptable. But publisher and advertiser revenue relies heavily on programmatic advertising without any viable, sustainable alternatives — and the adtech supply chain has exploited that weakness. In an ideal world, the solution would be to transpose the targeting capability of programmatic onto a simplified, transparent supply chain. But that’s not realistic. Most companies in the adtech supply chain directly benefit from this system of convolution and are in no way pressed to change. Meanwhile, publishers don’t have too many levers to use to their advantage.

So What Can Advertisers Do to Regain Control?

First, re-evaluate agency and third-party service partners. Start by looking for vertically integrated DSPs that use their own data, ad serving, brand safety, and measurement capabilities to reduce the overall reliance on third-parties. Go with a service that has a proven track record of putting advertisers first and increasing their revenue. Select an agency with a transparent business model and partner with them to maximize your marketing budget. Agencies have decades of experience in the complicated world of adtech, extensive buying power (discount rates for third-party vendors), and can be a strategic partner to deliver the best ROI. That said, it’s imperative to look for agencies that offer media-cost transparency and a revenue model that aligns with the human intelligence they’re bringing to the table.

And What Can Publishers Do?

I know that statement will give most publishers a heart attack.

But seriously, take a deep look at the contribution Facebook and other “traffic-drivers” make to your revenue versus their own. Most publishers believe that articles shared via social media drive traffic, but in actuality, the CTRs on news content is relatively low, and the platform ends up benefitting from a free stream of content without having to pay for it in any way.

There is power in first-party data. And there is power in the publisher collective. It may sound counter-intuitive to create a partnership with the people competing for the same ad dollars, but what if the collective built their own wall?

A wall that allowed users (with a key) free access to all that high-quality content, but prevented the free use of that content on other platforms?

Today’s publishers really only have control over their subscriber data, which in many cases might only account for 1-2% of their users. That data is incredibly valuable, but the ability to scale it has been diluted due to exploitation of accessibility by the walled gardens. If publishers take a community approach, they can build their own walled garden and regain market power.

The Next Challenge: Solve the Identity Problem

Third-party cookies, while prone to privacy risks, are embedded in the fabric of the open internet. Taking them away is not simply a matter of flipping a switch on and off — there are ripple effects and repercussions that will be felt throughout the ecosystem.

Aside from tying identity to activity on the internet, third-party cookies are the storage mechanism for consumer privacy preferences and the only form of ad tech competition against walled gardens.

Now, let’s say in 2022 Google comes out with a solution for identity. This extends their market power tenfold and pushes adtech further into an oligopoly of walled gardens. Not only will this give them more market control, but it also has the potential to destroy entire segments of the ad tech industry.

Over the next few years, we’ll see a competitive — and ugly — race of companies trying to become the biggest identity solution provider. Whoever wins will effectively control how the industry operates, becoming the middleman of all middlemen. Instead, we should strive to find a solution as a collective, to ensure that all voices and considerations are heard, and no one company ends up with too much power. This is potentially the most challenging thing to organize. I’ve seen firsthand how these meetings can quickly devolve into arguments centered around individual interests.

We’re at an inflection point when it comes to managing consumer privacy. Here in the US, state-level regulations like the CCPA have emerged, but there hasn’t been any real accountability on a federal level. We’ve seen firsthand how a patchwork of regulations have hindered industries like beverage alcohol with prohibitive complexity and nuance. Understanding those repercussions, we need to work towards a standardized, comprehensive framework for consumer privacy that is easily understood and complied with across the country, much like the General Data Protection Regulation (GDPR) is across Europe.

That’s not to say that the state-level policy work isn’t important. In fact, having multiple groups iterate on privacy laws is the best way to ensure that the regulations evolve as road bumps arise. It’s our responsibility to push the federal government to use the best of those frameworks as a blueprint for building out standardized, nationwide privacy regulations.

And having internet tech companies participate in the forming and development of that legislation, or minimally explaining to politicians how the web works, is critical. It’s important that the people who know how to use the internet (and smartphones and email servers) impact where we end up with laws that protect consumer privacy, while enabling online, ad-based business to continue.

The next 5-10 years will be a crucial period for mapping out where adtech is headed.

Conversations around competition, ethics, privacy, and transparency will only become more heated as time goes on. It’s important that we truly break down the issues that have been born out of our high-growth industry, and chart a path forward that is more fair and equitable to those who operate within it.

LiveXLive to Review Strategic Opportunities to Grow the Company’s Business

How to Motivate and Inspire your SDRs in 2021 and Beyond