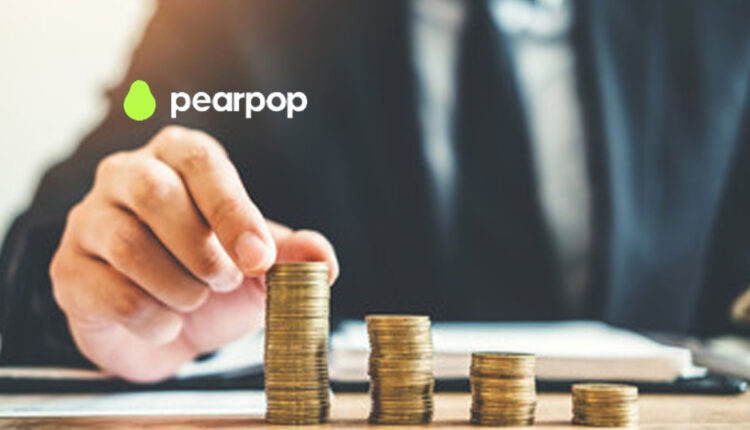 Surpassing 200,000 creators on the platform, Pearpop is the new standard in creator marketing

Pearpop, the leader in creator marketing and collaboration, added $18M to its Series A from Ashton Kutcher and Guy Oseary’s Sound Ventures, Seven Seven Six, Blockchange Ventures, Avalanche’s Blizzard Fund, and C2 Ventures. Pearpop has raised more than $34M in funding since launching in October 2020, putting the company’s current valuation at $300M.

Pearpop Challenges, the first self-service creator marketing tool, has seen rapid adoption since its launch last year. Brands including Amazon, Netflix, Chipotle, Rakuten, Zappos, Universal Pictures, Sonos, and Beyond Meat, as well as artists like Doja Cat, The Weeknd, Madonna, Shawn Mendez, and Post Malone, rely on Pearpop as an authentic, performance-based, and streamlined way for brands to partner with creators at scale. The offering gives brands and artists predictable, measurable results enabled by its “pay-for-performance” model.

“Influencer marketing is the fastest growing segment in marketing – and yet there’s still a lack of price transparency and accountability across the entire space,” said Cole Mason, founder, and CEO, Pearpop. “We’re laser-focused on building a new standard in creator marketing at Pearpop by bringing a new level of accountability to the industry so that brands can quantify results and creators have transparency and consistency around earnings.”

The company has also unlocked earning opportunities for a broader range of creators, with more than 200,000 creators now using Pearpop. Notably, 71% of earnings have gone to creators with under 1M followers. By end of the year, Pearpop will have paid out more than $10M to creators.

“Pearpop has continuously stayed ahead of the curve since it debuted two years ago as the first company to reinvent the influencer collaboration model,” said Alexis Ohanian, Founder, Seven Seven Six. “We’re doubling down our partnership with this amazing team as they enter their next stage of growth and product evolution.”

Marketing Technology News: Cookiepocalypse is Coming: Enterprises Must Work Together If They Want To Stay Ahead Of The…

As part of the news, Pearpop is also unveiling two new product offerings: Ovation and Passport. Ovation instantly transforms customers or specific community segments into powerful brand advocates, by allowing brands to mobilize specific, targeted audiences that have engaged with a product in the past. These new offerings build on the core success of Pearpop’s Challenges product while pushing the vision further. Meanwhile, Passport uses blockchain technology to give creators unprecedented visibility into audience engagement across multiple platforms and sources, allowing brands to understand creator impact.

Syndigo Announces the Addition of Simon Angove as Chief…