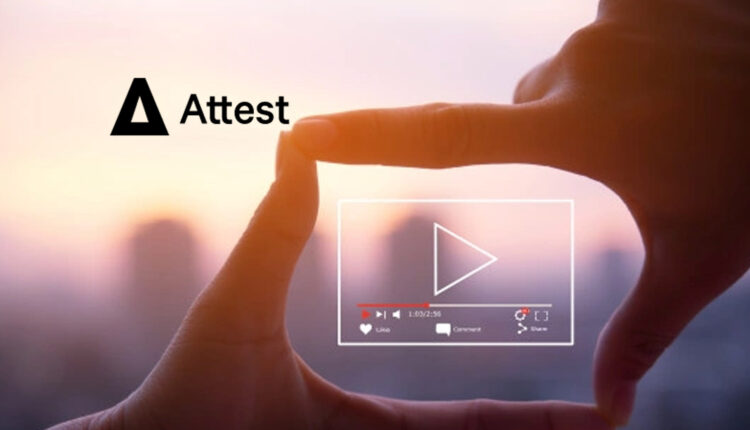 Attest, a consumer research platform, today releases its third annual US Media Consumption Report and the findings point to more seismic shifts in what American eyes and ears are tuning into in 2021.

For brands trying to navigate the second coming of the ‘Roaring 20s’, a digital ad spend boom, and a general fatigue for bad news, the report points to a significant decrease in our desire to sit in front of a TV screen for prolonged periods of time.

The report delves into Americans’ habits across television, audio, news and social media, and its main findings are:

Social is America’s favorite media to engage with:

Decrease in bingeing of TV:

Turning off the news & escaping reality:

Americans’ favorite social media platform is YouTube, with 87% using the platform at least once during the month, followed by Facebook (81.9%). However, consumers are more likely to use Facebook on a daily basis (54.1%) compared to YouTube (45.3%). Meanwhile, TikTok saw substantial growth from 2020’s report with just under half of Americans using the platform at least once over a month (48.3%). The vast majority of consumers also appear to have missed the Clubhouse craze with 82.9% saying they never use the platform.

In tandem with a decline in bingeing on TV content, Americans are listening to more radio this year, with just 10.9% saying they never listen to the radio (compared to 20% in 2020). Additionally, for the first time since this report was launched, more than half of consumers say they listen to podcasts (55.9%), compared to 48.7% in 2020.

Netflix dominates in the streaming wars, with nearly one in seven Americans having a subscription (69.4%). This is followed by Amazon Prime which is used by over half (52%) and Disney Plus (36.9%) as the most popular streaming services amongst consumers.

Over two-thirds (67.2%) of consumers say they do not have any paid-for content subscriptions for news media. Of the minority who do subscribe, somewhat surprisingly in 2021, digital subscriptions (19.5%) are only just ahead of print (18%).