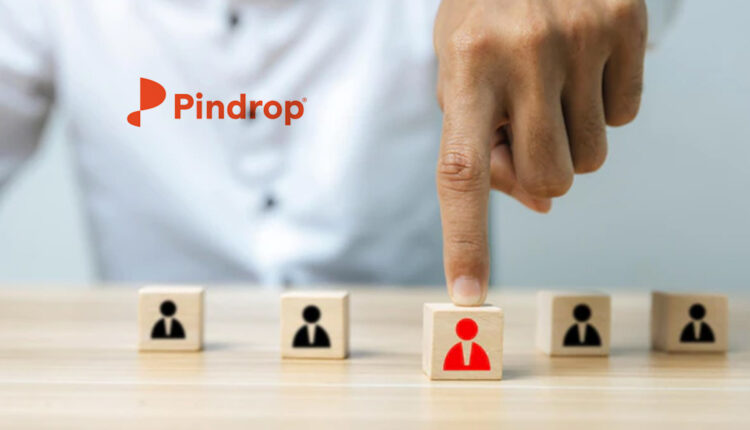 Pindrop, a global leader in voice technology, announced the appointment of Marc Diouane to the role of President and Chief Operating Officer. Diouane joins the company after serving in various successful executive leadership roles at multi-billion dollar SaaS companies, including Checkr, Zuora, and PTC.

In his role at Pindrop, Diouane will oversee the company’s continued growth and development, helping play a role in go-to-market, business development, and business strategy while leveraging his extensive experience in driving revenue, creating repeatable and successful business operation plans, and hiring and retaining top talent. Diouane’s expertise will propel Pindrop’s continued success in 2022 and beyond. His hire comes on the heels of several major product launches and announcements in 2022, including partnerships with Google Cloud, Five9, and Bandwidth.

“Joining Pindrop was an easy decision for me,” said Diouane. “Voice is a critical part of the fabric of everyday human computer interactions. The widespread use of voice will only accelerate with new applications opportunities. Pindrop is clearly the leader and best positioned to benefit from this trend. I am beyond excited to get started and help Pindrop grow.”

Prior to joining Pindrop, Diouane most recently served as Chief Business Officer at Checkr, Inc. In his role, Diouane helped build organizational strategy and execution plans that led to a six times valuation increase in his time, growing the company from $790 million to $5 billion in less than three years. Before Checkr, Diouane served as President of Zuora, helping lead the company through an IPO, and previously 19 years at PTC where Marc led all international organizations and during his last five years as EVP, Director & officer, in charge of the $300M Global Services business.

“We are thrilled to have Marc join us as President and Chief Operating Officer,” said Vijay Balasubramaniyan, CEO and Co-founder at Pindrop. “His record of success in his previous positions speaks for itself, and we are confident that his experience as a technology executive will help continue Pindrop’s positive momentum and company growth. I look forward to learning from and applying Marc’s strategic thinking to our business.”

“Marc is a seasoned industry professional, an accomplished leader, and an invaluable asset to any company he joins,” said John Chambers, Chairman Emeritus, Cisco / CEO, JC2 Ventures, and Board Member at Pindrop. “Building a world-class leadership team is paramount to a company’s success, and Marc adds to the existing team in new high-impact ways. At Pindrop, we are excited to have Marc apply his experience, industry knowledge, and people management skills during an accelerated time of growth for the company.”

Alipay+ Unveils its PLUS Moment at Singapore Fintech…