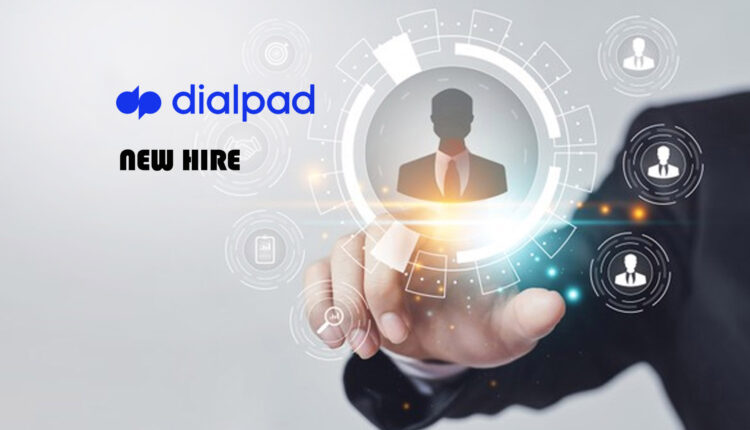 Dialpad Inc., the industry leader in AI-powered communication and collaboration, today announced the appointment of two executives: Morgan Norman as Chief Marketing Officer (CMO) and Tasha Liniger as Chief Human Resources Officer (CHRO). The executive appointments come on the heels of a tremendous year for Dialpad including a $126M Series-E funding round, partnership with T-Mobile for Business, and accelerated customer adoption. With these new appointments, Dialpad is well-equipped for rapid global expansion.

“Most Valuable Response by a Business Development Team”

Morgan Norman joins Dialpad as CMO after serving as the Global Vice President of Corporate and Growth Marketing at RingCentral where he led brand and creative, e-commerce, field marketing and customer lifecycle. Prior to RingCentral, Norman served as CMO at Copper, SVP of Marketing and the Chief Creative Officer at both Netsuite and Zuora. Norman is returning to Dialpad where he led go-to-market and global marketing as CMO from 2015 to 2017. As an expert marketer and industry thought leader, Norman is well-known for his fearless campaigns and creative, disruptive marketing strategies. Norman is experienced in marketing for startups to scale-ups from $10M to IPO and has helped four companies grow to more than $1B in revenue. As Dialpad’s new CMO, Norman brings his disruptive nature to the company to drive large-scale brand awareness and solidify the company’s mission and vision for the future. By building a world-class end-to-end experience for the company’s global customer base, Dialpad will help the world reopen post-pandemic.

Marketing Technology News: TOPdesk Is Recognized As A 2021 Gartner Peer Insights Customers’ Choice For IT Service…

Tasha Liniger has rejoined Dialpad in her former role as CHRO after a year-long sabbatical. Prior to Dialpad, Liniger was a part of the founding team at BlueJeans as the Vice President of People where she helped expand the team globally and managed the company’s 100% year-over-year headcount growth. Before BlueJeans, Tasha led PeopleOps for Topspin Communications, which was acquired by Cisco Systems in 2005. Post-acquisition, Tasha moved into Cisco’s mergers and acquisitions (M&A) team where she helped execute on the company’s aggressive M&A strategy. She brings years of experience at hypergrowth companies to Dialpad where she plans to help the company expand in new global markets and scale beyond 1,000 employees, while also preserving Dialpad’s unique culture. Liniger’s appointment marks a critical expansion to the company’s leadership team as Dialpad continues to make ‘Work-From-Anywhere’ a core tenant of its mission and enables more flexible working arrangements.

“Morgan returns to us from RingCentral where he was Global Vice President of Marketing. His experience building international brands combined with his passion for disrupting the status quo make him the perfect fit to take Dialpad’s brand awareness to the next level,” said Craig Walker, chief executive officer and founder of Dialpad. “Also returning to Dialpad, Tasha will take the lead on scaling our world-class workplace while simultaneously bringing our vision of ‘Work From Anywhere’ to life. Morgan and Tasha are two of our many ‘boomerang’ employees, which is a testament to the culture and vision we’ve built. I’m excited to welcome them back,” said Craig Walker, CEO and founder of Dialpad.

Sitel Group® Opens First MAXhub in the Americas, a Hybrid…