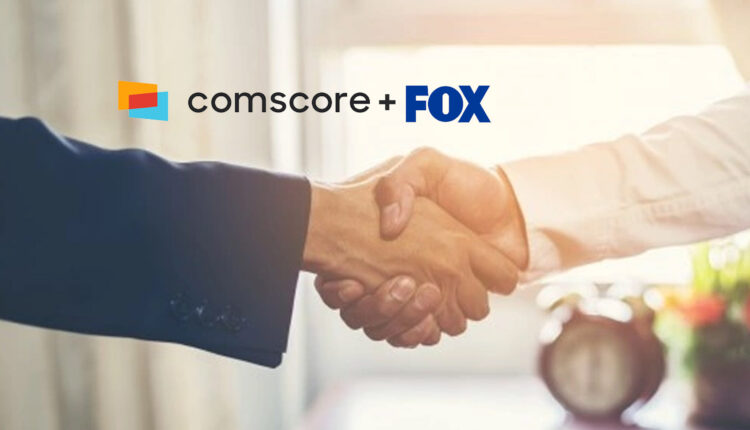 Comscore, Inc., a trusted partner for planning, transacting, and evaluating media, announced a partnership with FOX Television Stations (FTS) that will see the local TV broadcaster leverage a Comscore-based currency to support transactions on advanced audiences across its entire owned and operated footprint.

“Over the last six years, the number of reportable Comscore households across FOX Television Station’s markets have grown by 84% to 13.6 MM homes,” said Tom Fleming, SVP of Station Sales, FOX Television Stations. “By partnering with Comscore for local TV measurement, FTS can now use significantly larger data sets and even more precision to ensure that linear advertisers are strategically paired with their consumers.”

“Because local television audiences have more choices than ever, measurement must evolve to include larger data sets,“ said Chad Roscher, Vice President, Research, Fox Television Stations. “As such, FOX Television Stations is excited to partner with Comscore for local TV measurement, which incorporates millions of data points from key video providers.”

“Comscore has a long history of innovating the way media is bought and sold, and we are proud to partner with FTS to bring increased value to their expansive footprint,” said Carol Hinnant, Chief Revenue Officer, Comscore. “FTS is getting ahead of the pack to ensure their advertisers have access to the most advanced offerings that local TV can provide.”

Groupsolver Encourages Users to Stay Curious and Ask “Why”…