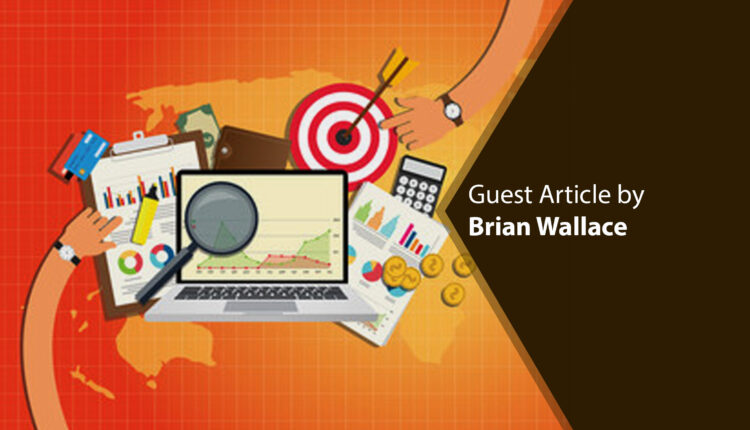 The data analytics market is slowly becoming one of the major players within the tech industry. By 2028, the market at large is expected to be worth $550 billion. This comes off the fact that millions of diverse businesses rely on systems like Google Analytics to understand their customers and tweak their systems to maintain and attract new patrons. Before understanding its future though, it’s important to understand how this all came to be.

Starting only three years after the internet’s conception, the first set of analytics solutions were created. These started as simple hit counters which would display the page views, and log analysis software which would go through and interpret a site’s raw logs.

Hit counters were more akin to a tool, something that anyone could use and tweak. Log analysis software was the first step towards and base of more modern analytics. They could identify traffic sources and new inbound links, really giving site owners room to adjust and improve their sites.

As the internet grew though, log analysis only got harder and more complex. Sites now had more complex uses of images, sound, and video, making analytics much more challenging. Javascript arose as one of the first modern solutions to these issues. Javascript would use a tag based system, marking each individual and tracking, with greater detail, all they did on a site.

Javascript was the first big move towards marketing, now sites would use analytics to understand their users and turn them into customers. From here, analytics only continued to grow and become more complex. There was now analytic data for customer value, detailed traffic sources, form analytics, heatmaps, and raw session playbacks. Using all this data marketers started utilizing digital targeted advertising.

By 2005, the king of analytics was Urchin, an analytics provider that could process data in a mere 15 minutes, a miniscule amount of time for the period. In that same year, Google bought them out for $30 million. This was the beginning of Google Analytics. Google Analytics was built as a heavily quantitative tag-based system, directly tied with Google’s web marketing and advertising.

Then skipping ahead a bit, in 2012 Universal Analytics was introduced by Google. This was an evolution in the system of Google Analytics that took the tag based system and extended it beyond one platform or device using user ID. This allowed offline behavior monitoring, more detailed demographic info, and more rich user data in general. It’s only been improved since then, in 2016 having machine learning implemented for real time analyzing, for example.

G4A tracks hits differently, collects more data, offers more privacy options, and is a far more predictive system. While Universal Analytics could be used to externally predict, G4A directly supplies purchase probability, churn probability, and revenue predictions. On top of this extra features such as a debugging mode, real-time reports, and the ability to exclude users also distinguish G4A from its predecessor.

Google is clearly using G4A as the way forward, both for analytics as well as the privacy of its users. In support of the new platform, Google is shutting down Universal Analytics in a few years. This means millions of sites across the web are going to have to make preparations to convert over to G4A.

This is hard when considering the fact that there’s no direct upgrade path or method to transfer historical data from Universal Analytics to G4A. This has prompted many companies to hire the services of an analytics partner to help in this process. Although there is still some time left to transfer data, many companies have to really start considering how they’re going to go about the process.

Some of the things businesses have to consider doing are as follows: learn how data collection has changed with G4A, recode existing tags to work with G4A, train existing and new team members with G4A, redo dashboarding, and rewrite queries.

These can be some pretty hefty changes, especially for smaller and less capable companies and sites. Although there are some positives. On top of the richer data collection and uses of G4A at large, the transition offers a pretty good house cleaning opportunity as well. Sites now can clean up third-party tags, conduct a governance audit, shift to privacy-centered tracking, and put in effort to future-proof any other existing systems.

Google Analytics has been one of the biggest analytics providers since its acquisition of Urchin in 2005. While Universal Analytics has served as its base for years, the recent creation and inevitable switch to Google Analytics 4 is both the future and headache of many sites. Businesses must prepare for the switch as there’s no direct Google-provided path, although G4A will serve as a much more useful and safe tool for users and businesses alike.

Brian Wallace is the Founder of NowSourcing