Great conversations. That’s what differentiates your top sales reps from everyone else on the team.

Sceptical? Let’s take a look at exactly what happened during one million sales conversations to see how top performers behaved differently.

Don’t worry … my team at Gong already did the heavy lifting on this one. That’s how many recorded conversations we’ve picked apart using artificial intelligence. (True story.) So it’s not surprising that we’ve reached a few conclusions.

I’ll talk about specifics below, but here are the two most significant nuggets:

Most sales reps, top dogs or otherwise, do many of the same things – work similar hours, send similar numbers of emails, do similar volumes of discovery calls and demos. That’s why conventional activity metrics are pretty useless when you’re trying to up everyone’s game. They don’t give you the information you can act on. They basically just tell you how much everyone sells.

It’s when we look at the glaring differences in sales call behaviors that we see possibilities for improvement and the differences between top reps and the rest of the pack.

Here are some examples that illustrate the fact that sales conversations are the decisive differentiator of sales performance.

First, price tends to come up at very different points in a call. The top tier reps bring it up almost 38 minutes in, whereas the others raise it much, much earlier. That’s a clear contrast distinguishing these two groups of reps. 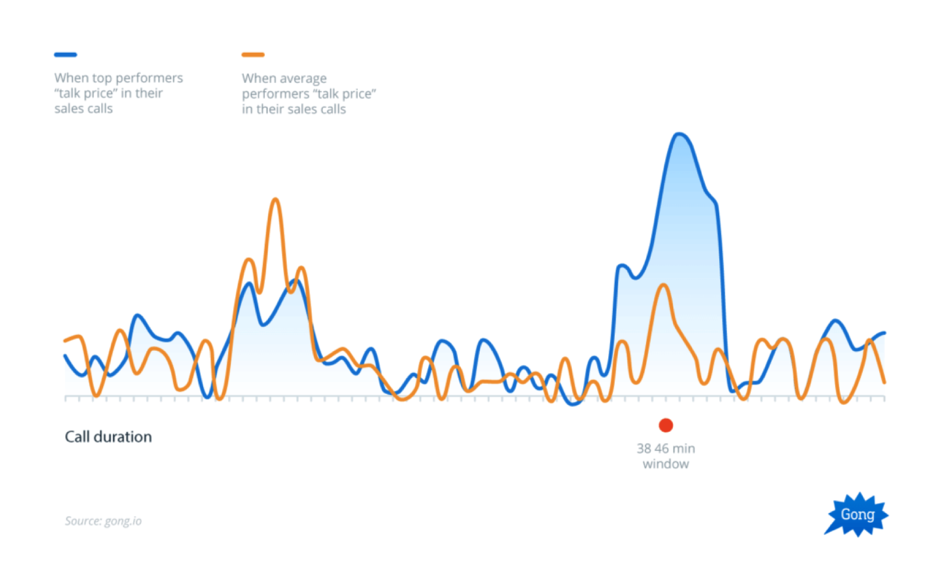 And their talk-to-listen ratios are also dramatically different – 46% talk to 54% listen for the top performers, compared to a 68/32% split for the mid-rangers. 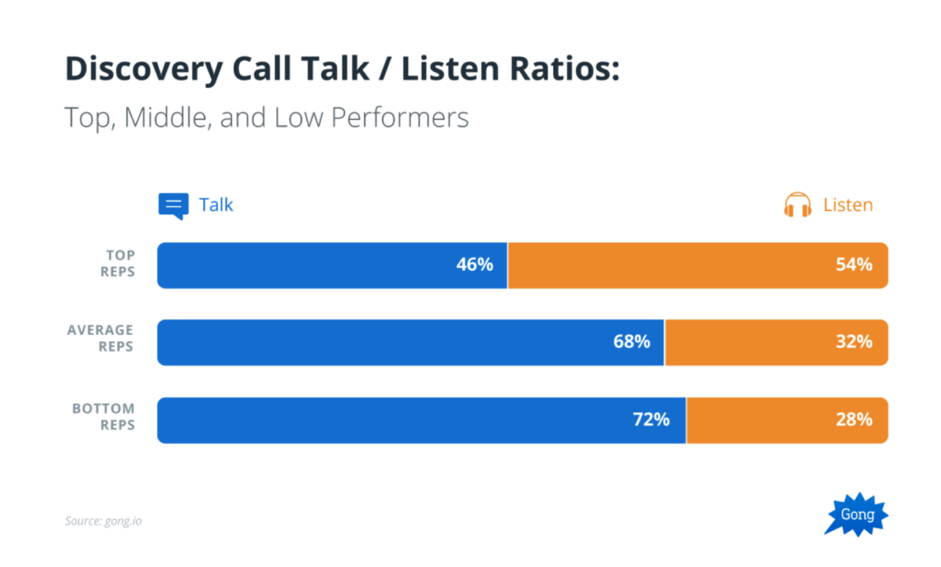 The top tier also asks more and different questions, and they balance them throughout the conversation better. What customer wants to feel like they’re being hustled through a question checklist? 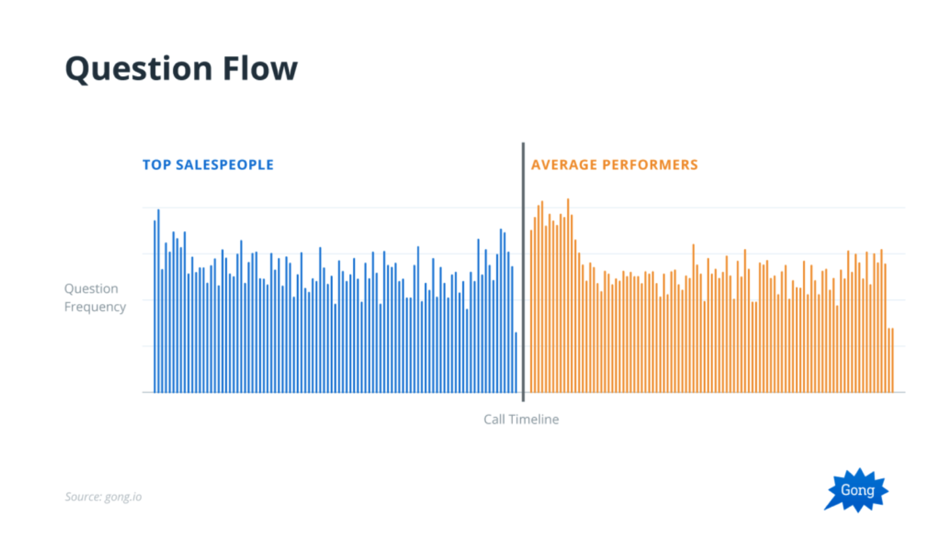 These are some general observations we’ve derived from the million calls we’ve analyzed. And they’re interesting and useful as a broad outline, but hardly specific enough for your needs. We know that your company – and your team – is unique. So are your sales issues.

Now, if sales conversations are what differentiate world-class salespeople, we can confidently say there is a root cause of the sales performance gap that so many teams face.

When you have no idea what your salespeople are saying, or how they’re saying it, or when, you can only guess at how to coach and train them. Once you have that roadmap though, you can start targeted training and coaching. Replicate what’s working and extinguish what isn’t.

In my next post, I’ll discuss the four conventional approaches to eliminating the performance gap, and why they fail if you’re blind to your sales team’s conversations.

Until then, remember: While visibility into sales conversations won’t automatically close the gap, not having those insights will surely widen it.

TPG Selects SponsorCX as a Software Platform to Manage…

The Neuron Appoints New Head of Sales for the UK

STUDY: Marketers Concerned About Loss Of IDs are 84% More…