Why Women need to hold more C-level and Senior Positions in Tech! 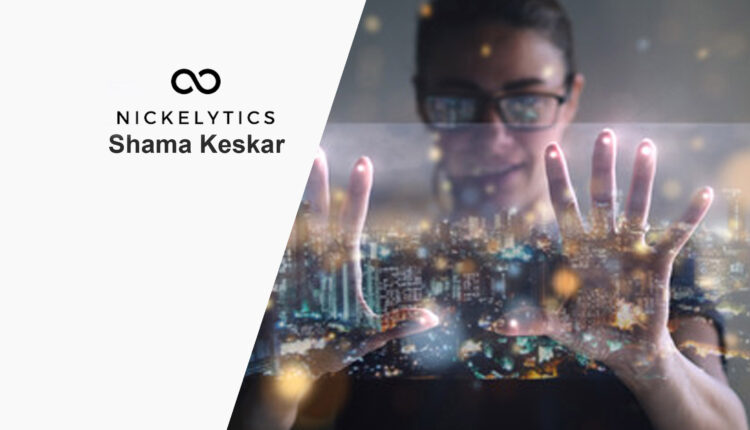 More women are holding the nation’s most important corporate roles, just still not enough  at the C-level. The percentage of women in C-suite positions among the top 1,000 U.S. companies by revenue has risen slightly in the last year but is still dramatically lower than that of men, a new study found. A Korn Ferry study conducted in early 2019, examined the percentage of women in top jobs by title and by industry. The analysis found that across the most prominent C-suite titles, an average of 25 percent of the top leaders are women, up slightly from 23 percent a year ago. There are only 0.7% Women in CTO roles across the United States. Here’s a catalyst report that showcases Women in Senior management positions.

We need to have a clear path of advancement for Women to achieve more C-Suite positions to create a diverse leadership bench.

According to Emotional Intelligence author, Daniel Goleman, empathy can be defined as (1) understanding the emotional makeup of people and (2) treating people according to their emotional reactions.  To summarize, empathy can be defined as the ability to understand another’s feelings and perspective. It proposes that leaders who are attuned to and supportive of the emotions of their subordinates are more effective leaders. Women have a natural tendency to feel others’ pain and act with resilience. In today’s ongoing challenges from the pandemic to economic uncertainty, empathetic leadership is going to be key to retain employees and ensure they are happy and engaged. As per one HBR Article, Women are masters of dealing with changes and they tackle them not only because they have to, but because they are oriented to producing breakthrough results. We need more women in C-Suite executive leadership roles, to bring empathetic leadership to day-to-day operations and executions resulting in retaining more talent within the organization.

Economic studies have shown that the companies with more women in senior roles are more profitable, more socially responsible, and provide a safer environment for employees. The more women in leadership positions in a corporate world, the same studies have shown higher-quality customer experiences – among many other benefits. The companies after women joined the C-suite, became both more open to change and less risk-seeking. These organizations increasingly embraced transformation while seeking to reduce the risks associated with it. This HBR article has shown that the female executives don’t just offer specific new ideas to the team, but their presence actually makes the top management teams collectively more open to change.

Companies can take a number of steps to foster gender diversity in their executive leadership and to remove biases or potential obstacles to an inclusive management environment. Many companies have identified gender diversity in leadership positions as a key priority, and have established gender diversity strategies to achieve specific goals. Emotional intelligence has shown that women are naturally resilient leaders and as the world opens up post-COVID, women leaders have learned that power is wielded and won today through social impact more than ever before. They are ready to be at the forefront of the fight for social and economic justice by paying their power forward. They can accelerate economic opportunity, rebuild stronger teams and advance gender equality mandates to build diverse and inclusive organizations. A recent Medium article shows the benefits of diversity include higher revenue, more innovation, better decision making, higher rates of job acceptance when you make offers to qualified candidates, and better performance than competitors. Highlighting only women who’ve reached the C-suite, won the Oscar, or built a billion-dollar business can be counterproductive if they’re perceived to be unreachable. Diversity, matters, in all its forms.

One of the ways to attract more females to get interested in tech is to show them this is not the male-dominated field and introduce female role models from tech who  are making a huge impact. Research shows that role models have three core benefits: role models represent and expand what is possible. role models inspire women to be more ambitious and aim higher. role models demonstrate the mindsets and behaviors of how to rise. The diversity of role models, with different styles, stories, personalities and perspectives can optimize relatability. Sheryl Sandberg once advised women to accept any invitation, regardless of why they were invited, and use it as an opportunity to champion other women to ‘lean in.’  So if you are being asked to be a mentor or join a panel or take a C-suite leadership role, say yes. Your story may inspire a young woman who wants to take a leap in their career.

Generally, increasing visibility around female role models from tech, certainly brings courage to many other females who want to be there. And today, we have a number of females holding such top management team (TMT) positions in some of the fortune 500 companies, making a huge difference. Females in C-suite leadership positions can create more advanced pathways for women’s career advancements. One fascinating analysis has shown that employees at women-led companies are more positive relating to their organization’s corporate strategy and mission, and its ability to communicate on these topics when compared to male-led companies.

osCommerce Launches the Latest Version of Its Free Shopping…