Op-Ed: The Responsibility of Data Democratization 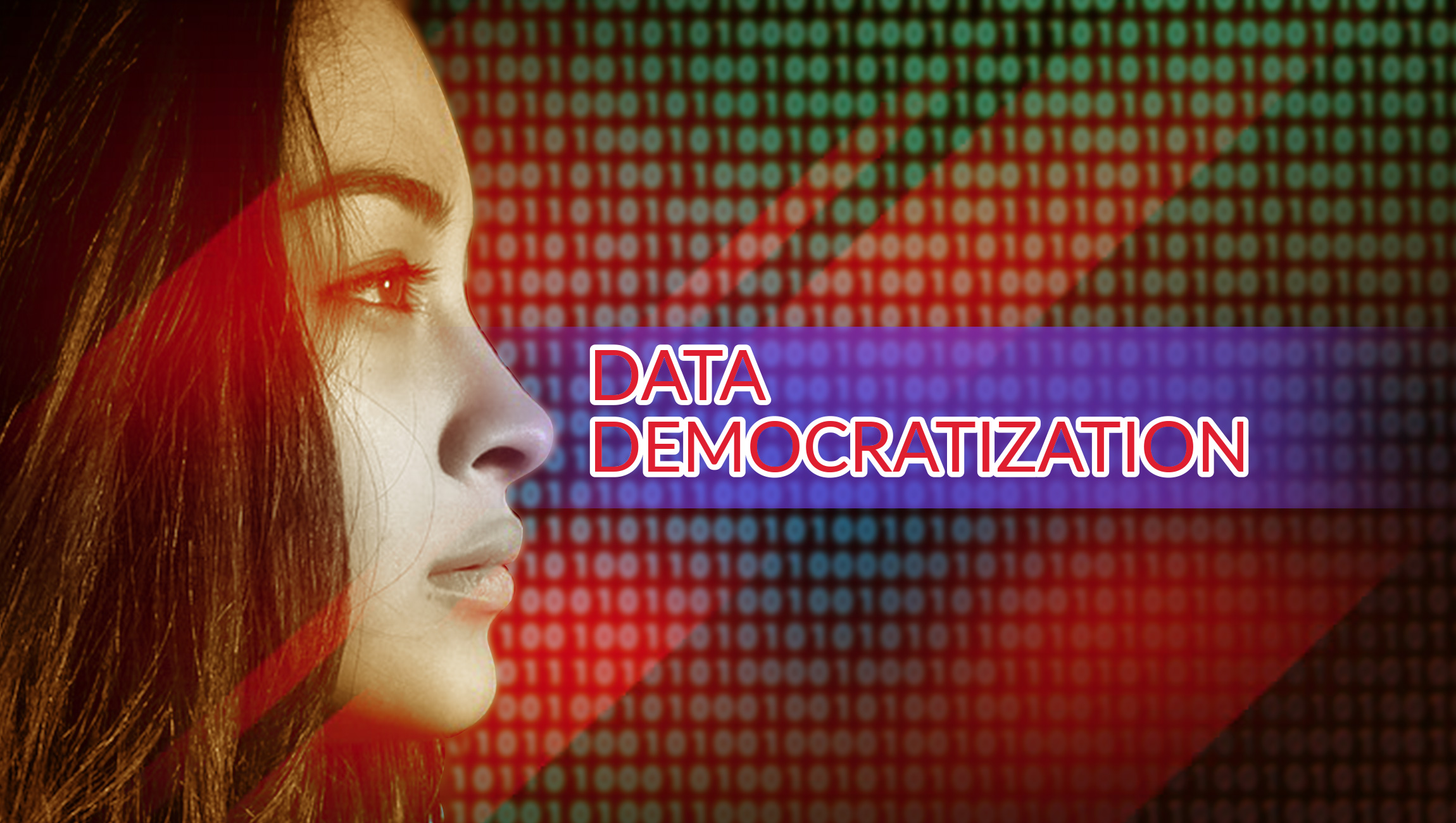 Technology has an immensely influential power on the construct of society in the form of how we work, live and play. Therefore, innovators and experts in the space have an inherent responsibility and moral compass to uphold.

Data Democratization is a prime example, removing barriers and gatekeepers to valuable information. Done properly, a democratized approach to data gives people an opportunity to have a greater impact on their jobs, be more knowledgeable and make better decisions. In many cases, it opens up entirely new options for people who might otherwise be stuck in a socioeconomic rut.

Why Does This Matter?

Because for decades data has always been “owned”, often by IT departments in large organizations who reported to upper management. Even within the company, Marketing, Sales, and Senior decision-makers had to request access and account for their use of data. It was (and in many cases still is) seen as a commodity that had an inherent value that needed to be used wisely. It was Business Intelligence and therefore under lock and key. At the same time, these data lakes have only become more difficult to work with. Petabytes of new data are created every day and there is a massive shortage of data scientists to work with it with demand exceeding supply by more than 50% last year. There aren’t enough people to actually work with the data, so why do we continue to hold it back from non-technical workers who could provide valuable insights?

The problem with the current line of thinking is that it slows down progress and puts a lot of people in a position in which they can’t accomplish their job to the highest possible level. It creates a sort of internal class structure in businesses that punishes those who don’t have sufficient access and leaves the public out entirely.

The Current State of Data Mobility

True data democratization is about sharing all available data equally across all teams to gain an advantage. Rather than only allowing data analysts to see the data that is relevant to the specific study on which they are working, companies should provide unfettered access to the breadth of data at their disposal. New insights, unexpected innovation, and creative new ideas are sure to follow. A lot of companies swear by this approach and are already using it. The Royal Bank of Scotland was recently featured in InfoWorld for its inclusion of nonmarketing employees from throughout the company in evaluating key customer experience data and making recommendations for improvements.

Others are strictly adherent to the old ways. Misinterpretations of the data, poor decision making, and vastly increased security risks are all common reasons cited by companies that would prefer to keep the data under lock and key. There are monetary concerns as well. After all, if everyone can access anything, it’s only a matter of time before you have different groups breaking off to tackle the same problem in different ways. It might lead to innovation…or it might simply be inefficient.

This conversation is happening for a reason. New platforms and technologies are appearing at a rapid speed that allows us to do incredible things with the big data stored by large companies. Data Virtualization, Data Federation, Cloud Storage, and self-serve Business Intelligence are all prime examples. Voice-activated AI is also incredibly powerful in implementing a Data Democratization strategy. My current mission at Aristotle is to voice-activate the words data bases by designing a platform integration to make data accessible through simple voice commands. Skills such as these naturally reduce the time spent by Analysts, Marketers, and Salespeople creating reports and let them deep dive into actionable insights faster and smarter.

There are ample benefits to be had from implementing a Data Democratization strategy. It strips away the gatekeepers, making it more accessible to people who can, in turn, have a huge impact on those around them.

But like any innovation, it relies on technology, which in turn relies on its developers to be implemented in an ethical way that is fair, accessible, and in line with the expectations of human behavior. Voice-activated systems need to work towards a more universal, gender and race-neutral level of accessibility, something the major tech companies have struggled with in recent years. Technology innovators need to evaluate ethical considerations that arise in using a voice-activated system within a corporate environment, especially when accessing potentially sensitive data.

Done right, though, Data Democratization can have a lasting impact on organizations and their employees. By breaking open what has been a closed box for as long as computers have been used in the workplace, new technologies can level the playing field and provide insights and resources previously held closely by top decision-makers alone. That’s something worth working towards.

Adrien Schmidt is an engineer, speaker, and entrepreneur. He is the CEO & Co-Founder of Aristotle by Bouquet.ai and is listed in Inc. as an “AI Entrepreneur to Watch”. His work can be found in Forbes, Inc, and HuffPo. And he has spoken at Web Summit, VOICE and P&G Data Analytics Summit.

How to Raise Your Marketing Strategy to a Whole New Level in 2019?

Keys to Success in the New Data Economy

One Key to Customer Success? – The Speed of Your Website

How Are Influencers Addressing the Clothing Crisis?

Ad Threat Attacks Are Evolving: How Your Strategy Needs to Shift

Onapsis Appoints Dave DeWalt as Vice Chairman to Board of…