Spearfishing in a Big Net World 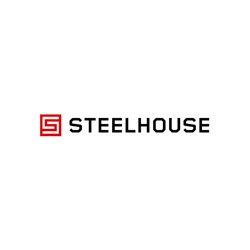 Before Jimmy Fallon or even Johnny Carson, there was Milton Berle’s Texaco Star Theatre, which in 1950 captured vast numbers of TV viewers. OK – it was the only thing on. In fact, on any given Tuesday it reached 9% of the US population. Back then, black-and-white TVs ran about $300, while their color counterparts cost $1,000 — respectively $3,070 and $10,240 in today’s dollars! Additionally, only those located in urban areas could get a signal. Thanks to these restrictions, what resulted was audience targeting without actually having to target. Television advertisers could reach an upscale audience of tech-forward early adopters living near metro areas, just by placing an ad on TV. The issue was, only the largest brands could afford to do so.

By 1960, a lot had changed — more than 90% of households had a television and the “big net” of broadcast tv was catching everyone. For companies like Wonder Bread, Kraft, Coke, and Volkswagen this was great, allowing them to leverage TV’s broad exposure to drive their business.

Over time, as more networks created shows that catered to specific audiences, people had more choices and so did advertisers. If you’ve ever watched the show Mad Men, you might recall how early TV buyers would evaluate every show to determine if it was a brand fit. Advertisers would get a report from Nielsen on who was watching each show, and if enough of their desired audience was included, they would purchase an ad slot. Of course, if anyone outside of their audience was watching they paid for them as well, but that was just how it worked.

Here’s what’s changed about broadcast TV buying since then: nothing. For decades there have been promises and attempts to change the medium from a one-to-many, passive experience, to a fully interactive one-to-one experience. The dream always includes an ability to target individual viewers with ads that are relevant to them, during programming that is appropriate for the brand. This would finally eliminate the inefficiencies of casting such a large net, making TV advertising more accessible.

Enter Connected TV (or CTV) which has completely changed how people watch television. This isn’t user-generated content like the videos available on YouTube. We’re talking all of your favorite shows, whether developed by traditional networks like NBC or by digital-only media companies like Crackle. Premium content providers are distributing ad-supported content through their own apps, which can run on virtually any device that can access the internet. So whether you have an Apple TV, Xbox, iPhone, or any other CTV compatible device — you can stream what you want, when you want.

The promised vision for traditional television targeting has finally been realized, it’s just taking place on CTV. Connected TV ads are far more targeted, measurable, affordable, and efficient than traditional broadcast TV, and they’re available programmatically. Advertisers can simply buy an audience instead of ad time on individual shows that some of their audience might be watching. Thanks to targeting, brands aren’t forced to pay premiums for viewers who would never engage with their brand in the first place.

Connected TV provides all the benefits of digital. Advertisers can target by a demo, psycho, behavioral, and interest-based criteria, and it’s all brand safe. They get 100% of their audience and can reach them on the devices used the most. And these ads actually get watched, not skipped or fast-forwarded through. Brands can take advantage of cross-device capabilities to track viewers’ brand interactions across different devices, at different times, with reliable reporting so they know what works.

CTV already has a big audience, and it’s exponentially growing. More than 60% of the Americans are watching CTV regularly and over 400,000 people are joining that rank every month. And it’s finally an audience that can be bought by brands of every size.

With all this growth and change, incorporating CTV advertising may sound like a monumental task but it can actually be managed by the same platform as the rest of a marketer’s digital mix. There’s no need to create a new team, add more team members, or even have your agency bill more. So unlike learning how to actually spearfish, targeting your audience using Connected TV is an easy addition to every brand’s digital media plan.

A creative entrepreneurial leader, sales-centric marketer and digital media expert with more than twenty years of broad expertise building and leading collaborative teams. Shapes brands and exceeds goals through invention, strategy, differentiation, marketing and sales of products and services for complex businesses in technology and advertising.

When Your Customers Have Customers: How B2B Marketers Can Support Small Businesses

Ava Area Emerges as a New Metaverse Platform Where It Molds…

IAS Announces Audio Ad Verification Certified for Use on…