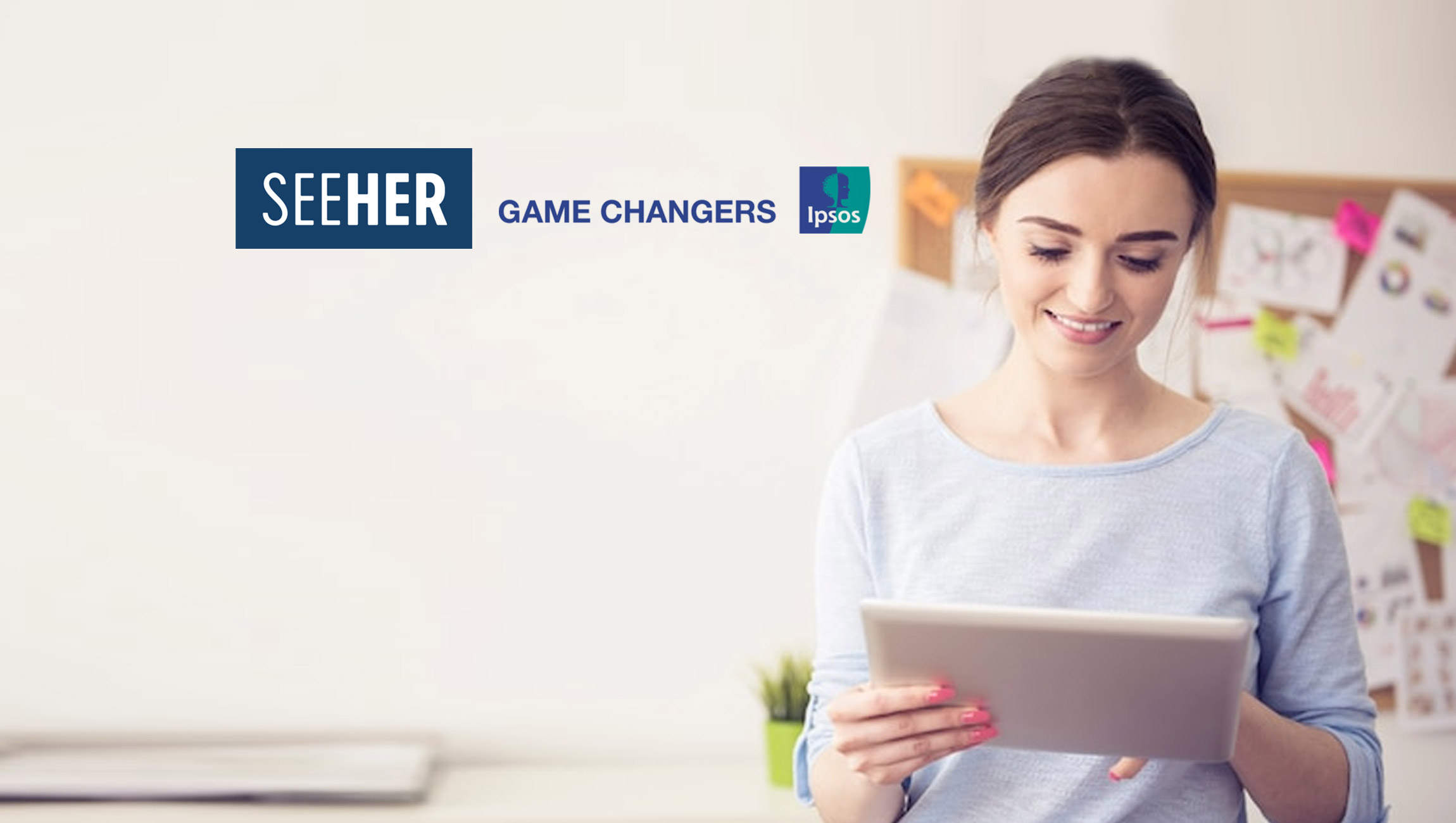 SeeHer, in partnership with Ipsos, built a predictive, data-driven model that enables brands to forecast the impact of their ads during the development stage

SeeHer, the largest global movement to eliminate gender bias in advertising and media, and Ipsos, the world-leading research and insights organization, are proud to announce their findings from their first joint whitepaper, Strive for More, focused on female representation in advertising. The report reveals that positive female representation can be beneficial to brands and highlights creative techniques companies can utilize in their advertising development process to create greater success and stronger relationships with consumers.

For the whitepaper, SeeHer and Ipsos sought to better understand the impact of creative and thematic elements used in ads depicting women. Utilizing the Gender Equality Measure® (GEM®) developed by SeeHer, the first data-driven methodology to identify gender bias in media, the two organizations explored how key predictive variables identified by GEM scores drive a variety of marketing measures and business growth. They also used performance metrics, such as brand choice intent and long-term brand relationship, to evaluate the benefits of positive female representation on brands. Connecting the GEM creative drivers’ framework to choice intent and brand relationship metrics allowed Ipsos and SeeHer to build a predictive, data-driven model that can be leveraged to consistently link the accurate portrayal of women and girls to advertising that improves brand preference.

“Get rid of the notion that you have to choose between doing good and doing well. Ipsos has demonstrated that the positive portrayal of women and girls, as measured by GEM, is significantly predictive of in-market success of advertising. Getting creative right ahead of airing can pay huge dividends.”

Key findings from the whitepaper include:

Lindsay Franke, Head of Creative Excellence, US, Ipsos, said, “Get rid of the notion that you have to choose between doing good and doing well. Ipsos has demonstrated that the positive portrayal of women and girls, as measured by GEM, is significantly predictive of in-market success of advertising. Getting creative right ahead of airing can pay huge dividends.”

Latha Sarathy, Chief Research Officer, Association of National Advertisers and EVP, Insights & Measurement, SeeHer added, “This study quantifies the ‘why’ behind GEM, provides a data-driven blueprint for optimizing creative and showcases why GEM testing is so crucial. By uncovering how thematic elements used in ads drive a variety of marketing and business goals, we are helping companies better connect with consumers while more accurately portraying women and girls in media.”

“SeeHer developed GEM six years ago to support our mission to eliminate gender bias advertising and media. We are delighted to bring this new dimension of GEM to the market and are especially proud to partner with Ipsos on Strive for More. This powerful whitepaper proves that positively portraying females is not only the right thing to do, but is also good for business,” concluded Jeannine Shao Collins, President, SeeHer, Association of National Advertisers.

Ipsos became the first research member of the SeeHer movement, whose members include leading media, marketing, and entertainment companies. To date, Ipsos has collected GEM data on roughly 2,200 ads across the globe.

Deconstructing DXC: What It Is, What It Does, What Problems…