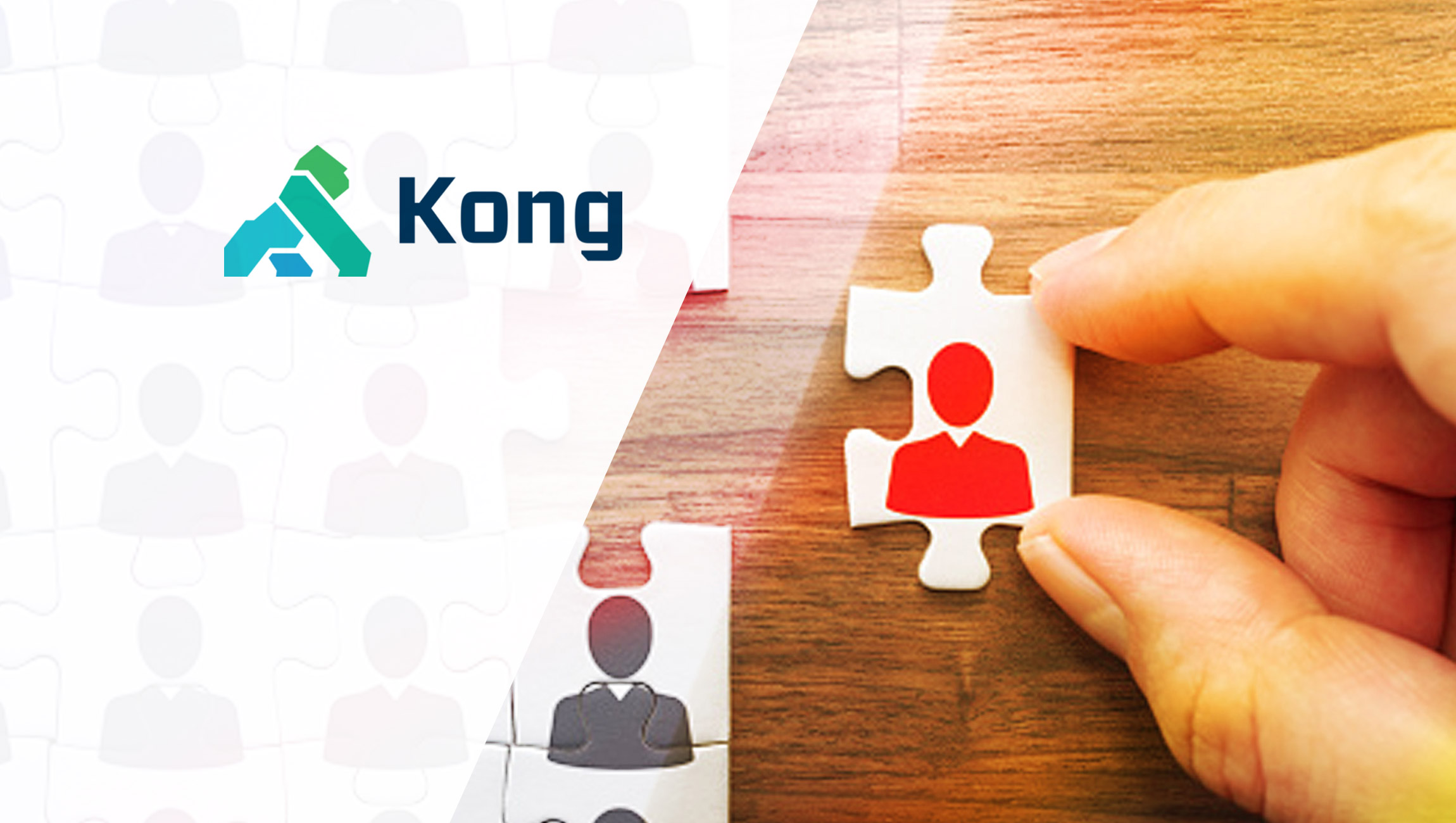 “I’m inspired by what Augusto and Marco have achieved to date, and am elated to join them and the rest of the team at Kong to build upon the company’s tremendous momentum and maximize its potential in one of the fastest growing segments in technology.”

Following a year of record growth, Kong is approaching 500 enterprise customers, including some of the world’s biggest brands in financial services, technology, e-commerce and other industries, such as Expedia, GE, GlaxoSmithKline, Honeywell, Miro, Nasdaq, Papa John’s and Verifone. Kong’s core open source software – Kong Gateway – has been downloaded over 280 million times across thousands of organizations. With more than 2.7 million active monthly instances, it is the most widely used open source API platform in the world. Kong currently has nearly 400 employees distributed across 30 countries.

“Through true innovation in API and microservices connectivity, Kong is achieving more and more prominence in today’s cloud native world with each passing day,” said Chirag Shah. “I’m inspired by what Augusto and Marco have achieved to date, and am elated to join them and the rest of the team at Kong to build upon the company’s tremendous momentum and maximize its potential in one of the fastest growing segments in technology.”

Marketing Technology News: 3 Top MarTech Outcomes That Marketers May Forget to Focus On!

At Cornerstone, Chirag helped lead the company’s successful initial public offering in 2011, spent four years as a general manager overseeing Cornerstone’s key growth initiatives, including the Asia-Pacific & Japan (APJ) and Small & Medium-Sized Business (SMB) teams, and as CFO in 2021 guided the company through its acquisition by Clearlake Capital for $5.2 billion. At the time of acquisition, Cornerstone had exceeded well over $800M in annual recurring revenue. Chirag began his career in investment banking, and earned a B.S. in Finance from Georgetown University and an MBA from the Kellogg School of Management at Northwestern University.

“Chirag is a builder of high integrity. His operational experience as a public company CFO and GM will be a tremendous asset to Kong’s team and instrumental in helping us scale to new heights in the year to come,” said Augusto Marietti, CEO and co-founder of Kong. “He joined Cornerstone OnDemand when it was still a startup, led it through seismic growth and helped it establish market leadership as a mature company approaching $1B in revenue. At Cornerstone, Chirag not only mastered the CFO role but also business and go-to-market strategy, and we’re thrilled to welcome him to the Kong crew and mission.”